The ceremony commemorated the 82,000 Americans whose remains are still missing from World War II, The Korean War and the Vietnam War. 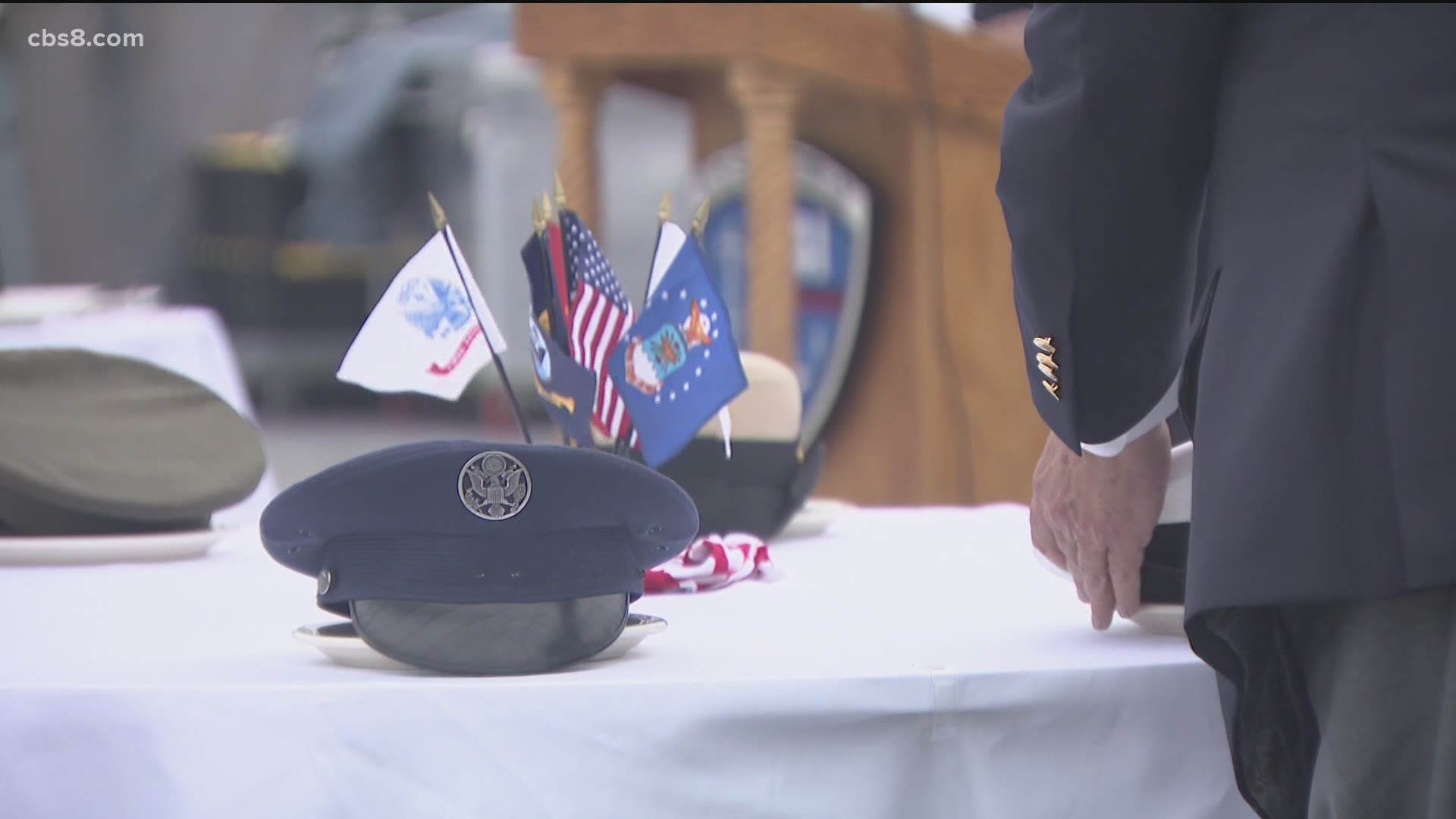 SAN DIEGO — On a cloudy grey morning in San Diego Harbor, a few dozen socially distanced military families took their seats to remember those that were captured and bled for the United States military. The ceremony also commemorated the 82,000 Americans whose remains are still missing from World War II, The Korean War and the Vietnam War.

“Listen to the words of this ceremony, as they are true feelings from our hearts and genuine hopes that all POWs and those missing from action return home,” said MC Al Hewitt.

James Kell, who was captured by North Korea on the USS Pueblo in 1968, shared his experiences from being a prisoner of war.

“They beat us frequently. It was really severe for the first four weeks or so,” he said. “We were POWs for 11 months, but it felt like 11 years.”

After he was released, he still bore the psychological scars of imprisonment.

The ceremony concluded with a tribute honoring every branch of the military. A hat representing a branch was placed on an empty white table. Acknowledging that all those who are POWs and MIA will always have a seat at the table.

“When you look upon the table do not see ghosts of the past,” said Hewitt. “But remember our Americans. Remember those who we depend on in battle. They depend on us now to bring them home.”

Paying tribute for National POW and MIA Day with a special display in our hangar today.

Thank you is hardly enough, but we will be eternally grateful to those who have sacrificed for our nation.#POWMIARecognitionDay #ThankYou pic.twitter.com/5hnhLWUcw0