Why is gasoline sold in fractions of a penny?

Americans are used to seeing gas priced to the tenth of a penny. 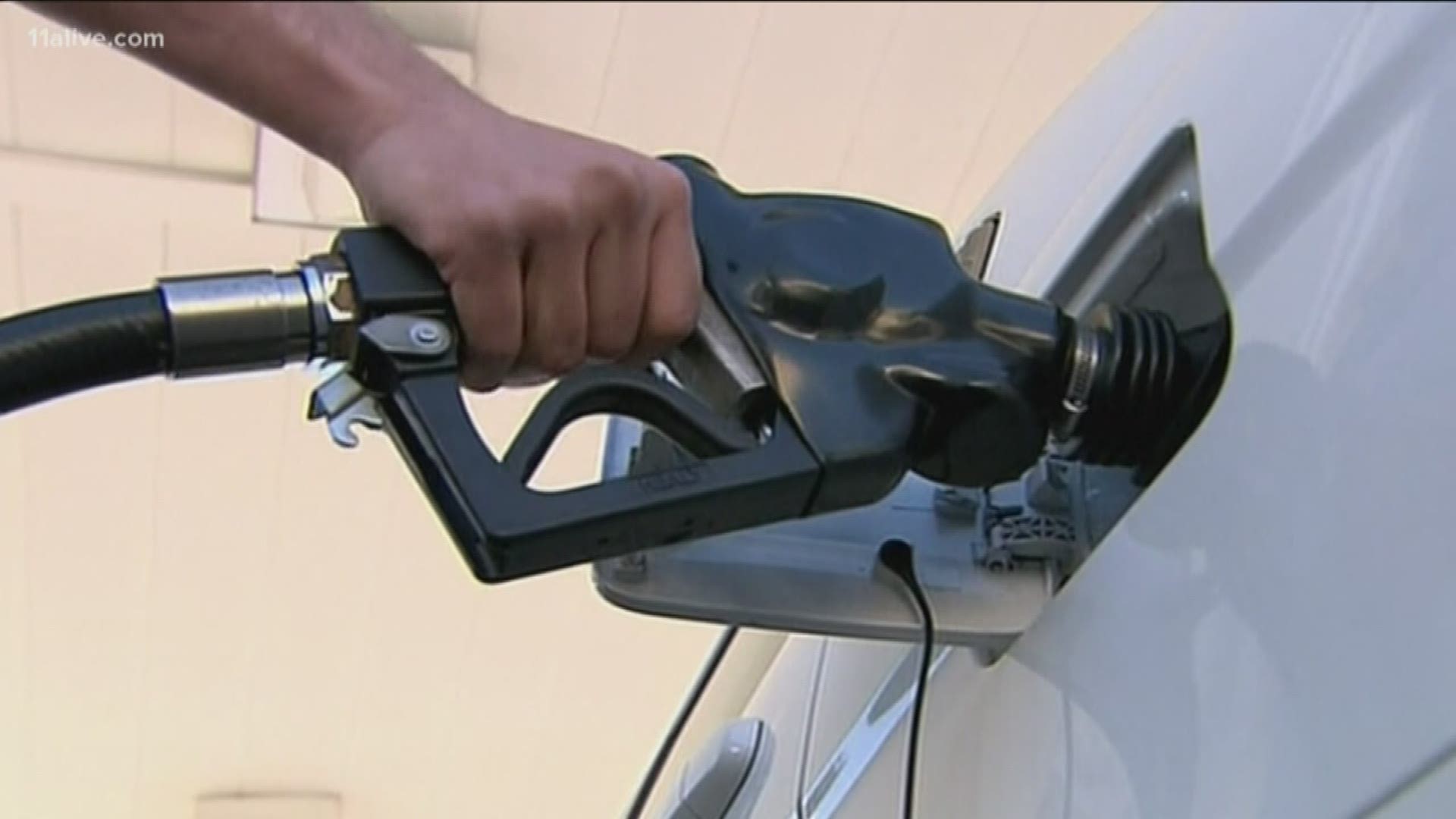 ATLANTA — ATLANTA—Gas prices have dropped again in Georgia and across the nation providing an opportunity to explore why gasoline is priced in fractions of a penny.

Pricing gasoline to the tenth of a cent is a common practice in the United States that dates back to the 1930s and the Great Depression.

“The first federal gas tax was enacted as part of the Revenue Tax Act of 1932, establishing a federal excise tax on gasoline of one-tenth of a cent,” says Jeff Lenard of the National Association of Convenience Stores. “This event was likely the trigger in changing retailers’ mindset about how to price.”

Gas cost as little as ten cents a gallon in the 1930s, so increasing the price by a full penny was a major change and a shock to consumers. Retailers could ease the pain by adjusting prices by fractions of a penny.

According to Lenard, the pricing practice eventually became a great marketing tool.

When a driver hurrying along the interstate sees a billboard advertising gas at $2.99.9 instead $3.00, they’re more likely to stop.

In the 1970s, the government temporarily took control of what happened at the pump and would change prices by amounts 2/10ths or 6/10ths of a cent.

Consumers revolted and the days of $2.99.9 returned.

Lenard tells us a California gas station eliminated the .9 of a penny for a while, pricing his fuel at exactly $2.99 a gallon. He thought the cheaper price would win him customers. It didn’t.

RELATED: Why are gas prices out west so much more expensive?

“No one noticed the difference,” says Lenard. “Customers reacted negatively, assuming that he rounded up the price.”

The owner quickly abandoned his experiment.

Why does the Federal Reserve alter our interest rates?

Why do Major League Baseball games begin at such odd times?