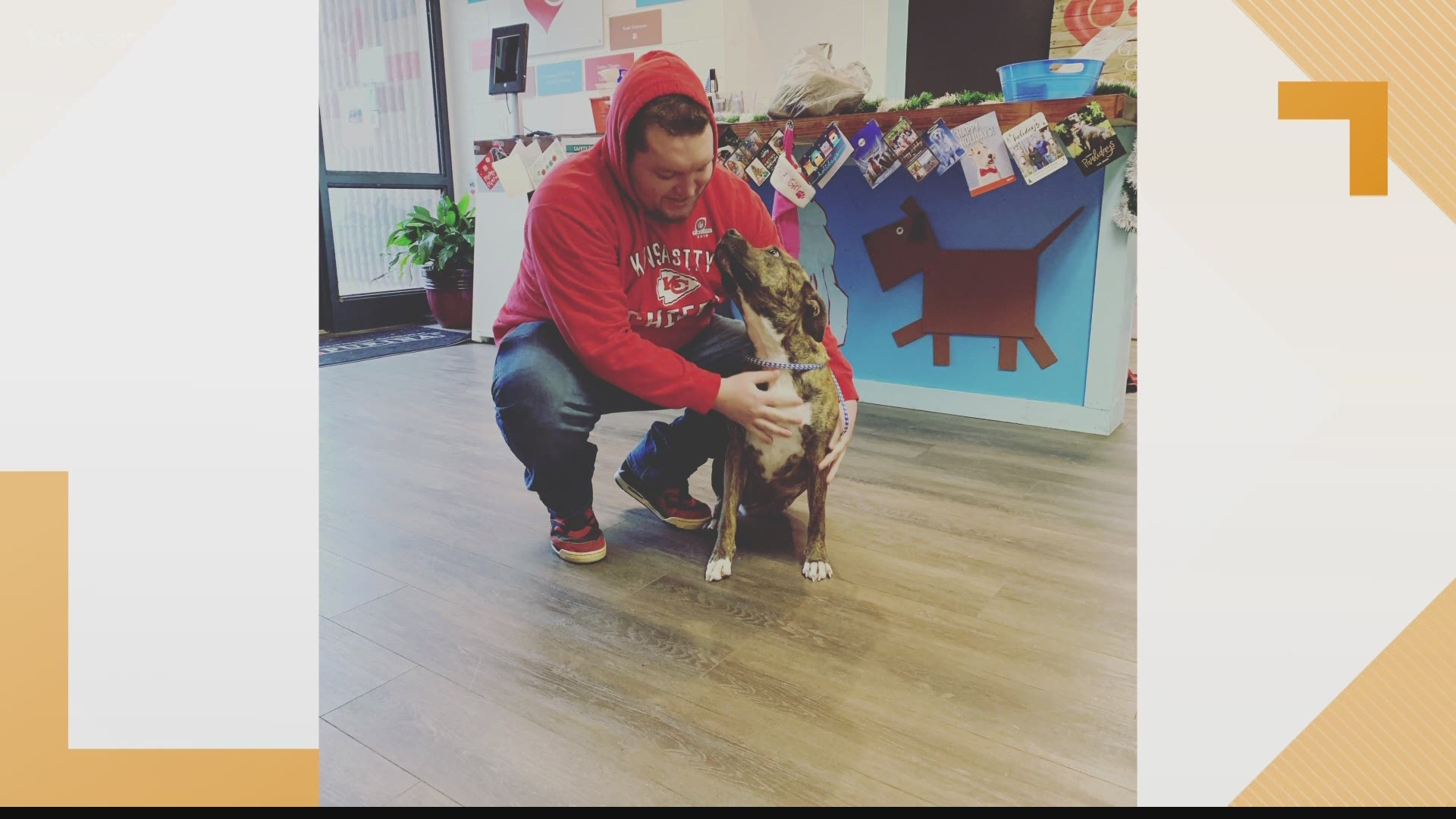 ST. LOUIS — An owner was reunited with his dog on New Year's Day, about 10 months after she disappeared.

Dylan Summers and his dog Athena were reunited when Dylan spotted her on the adoptable pets page of Gateway Pet Guardians, a Metro East animal shelter.

In February, Athena was recovering from amputation surgery after being hit by a car and was still on medication when she escaped Dylan's yard in Bourbon, Missouri. After 10 months of searching and hoping Athena would return, Dylan decided it was time to move on and look for a new dog to adopt.

When he saw Athena, Dylan called the shelter immediately and left a voicemail. Alisha Vianello, the program director of Gateway Pet Guardians, said they were excited to find out Athena had a good home to return to.

“It was about 9 p.m. on the night of December 30th and I just happened to check my voicemail before bed and there was a call from Dylan stating that we had his dog! I called him back immediately and was so happy to learn that the dog we had named “Miss-A-Toe” was actually his missing dog, Athena,” Vianello said in a press release.

On Friday, Dylan went to Athena's foster home for a heartwarming reunion.

“I was so happy to hear that she was safe and doing well and being reunited with her was incredible,” Dylan said. “She is already settled back in at home and it’s like she never left. I am so appreciative of Gateway Pet Guardians for getting her back home to me.”

For more information about Gateway Pet Guardians and to see the pets available for adoption, click here. 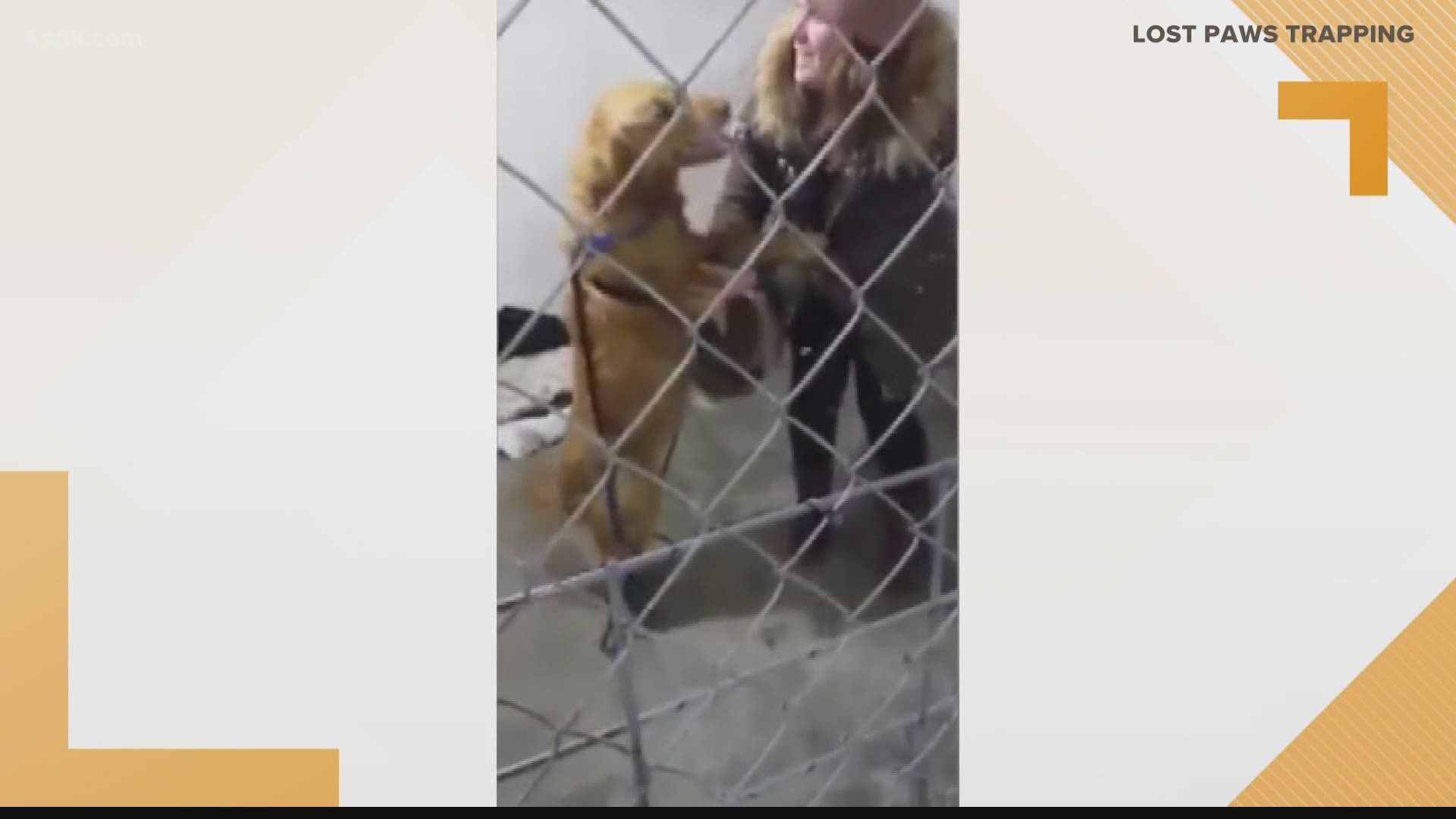