A Wildwood couple spotted two rare albino deer, and their video of the majestic creatures is picking up attention on social media. 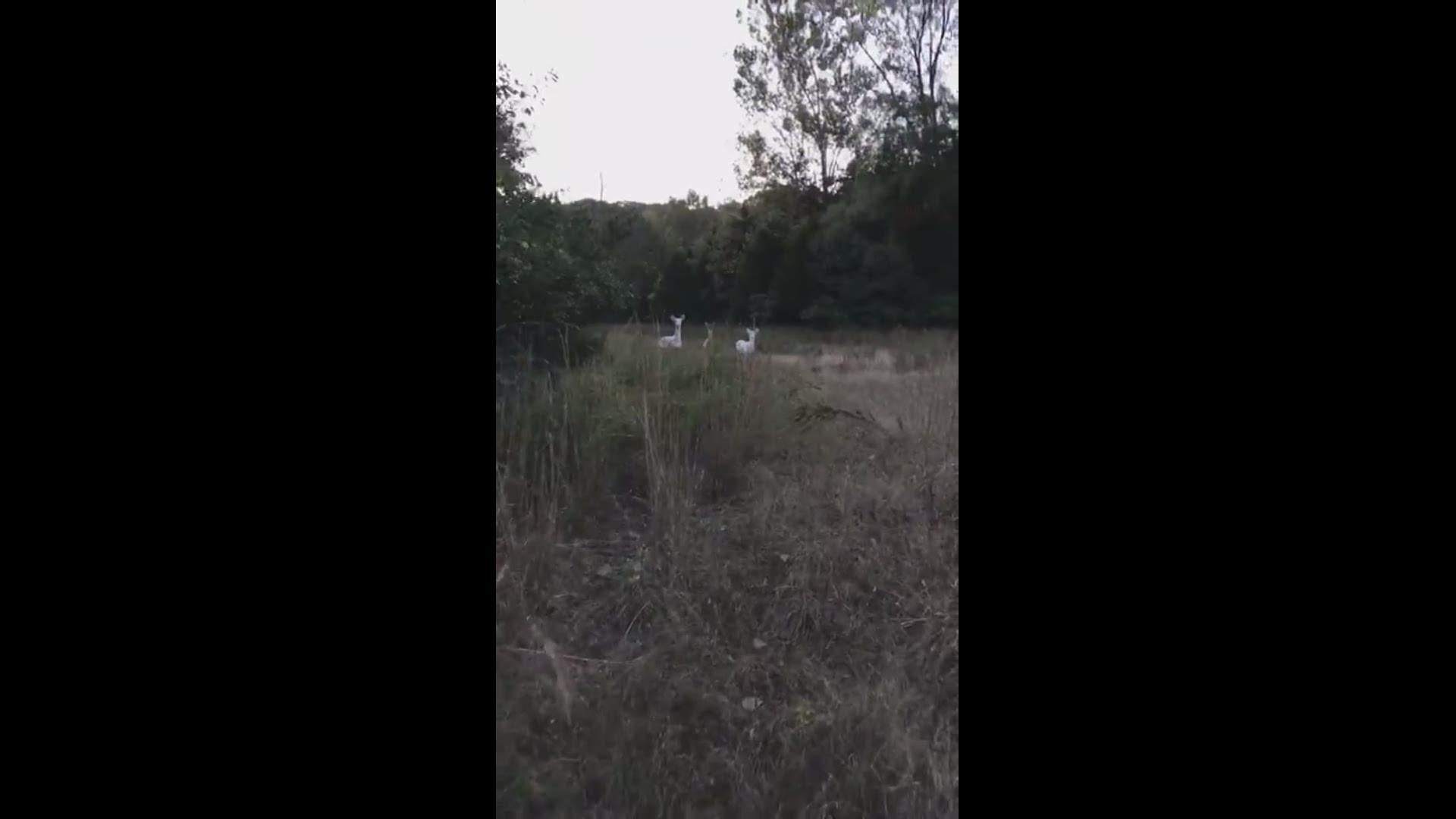 WILDWOOD, Mo. — John and Molly Rundquist couldn't believe what they saw in Wildwood Monday night. Just before sunset, they ended up coming face to face with something they describe as "very special." Not only one albino deer, but two were standing in a field.

John quickly pulled out his cell phone to capture the moment.

The Rundquist's had their dog, Penny, with them at the time. Even she was in awe and did not attempt to chase them.

A spokesperson from the Missouri Department of Conservation says although albino deer are somewhat rare they are being noticed more often because of technology and social media.

A spokesperson for the Missouri Department of Conservation, Dan Zarlenga, says some people believe albino deer are good luck.

“Many cultures view these animals as sacred, or bad luck to kill one….thus giving them a possible advantage among human predators. From a natural predator standpoint, it’s bad luck! A deer’s normal coloration has evolved to help camouflage and protect it in its environment from nature’s predators. A white deer stands out from the background which makes it easier prey to spot, so natural selection does not favor this coloration. An animal predator would just think “easy meal!” Plus albinos tend to have poor eyesight or other health issues, another hindrance to survival in the wild.“

According to the Missouri Department of Conservation, a person can legally kill an albino deer in Missouri. All of the same regulations apply as far as hunting deer with normal coloration. Killing an albino deer is illegal in six states, including Illinois.