The Centers for Disease Control and Prevention is estimating more than 100,000 lives were lost to drug overdose in the US between this year and last year. 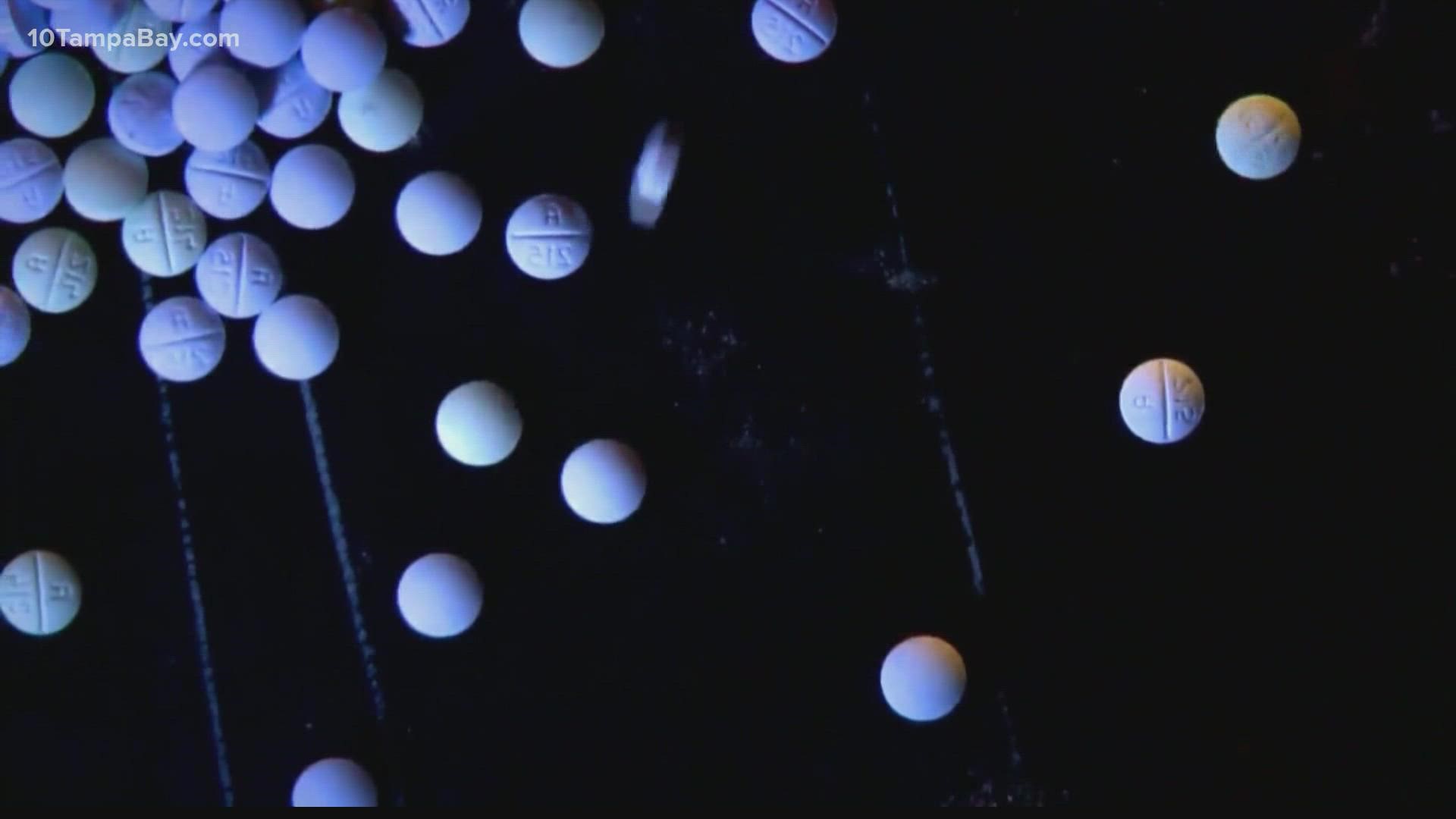 That’s how many people the Centers for Disease Control and Prevention says are estimated to have died between this year and last year from drug overdoses in the United States.

It’s a new record high for deaths of that kind in our country. But it’s impacting us locally as well.

Thursday evening, a virtual vigil was hosted by the Narcotics Overdose Prevention and Education Task Force in Pasco County to honor those who lost their lives.

Friends and families sharing stories of loved ones gone too soon.

“Jaron got his first pain pill at 14-years-old from a friend that got it out of the house medicine cabinet,” Danette Hopper said during the vigil, speaking about her son. “The battle of addiction had begun.”

It’s a battle that families across the country are struggling with each and every day, and that includes people we know here in the Bay area.

“During 2020, with isolation being a primary factor, we saw the highest overdose rates in our county’s history,” said Kellie Rodriguez, a coordinator with the Pasco Alliance for Substance Addiction Prevention.

Their research shows that’s a 36 percent increase from the year before.

“I think about where we’re at today, and I get mad,” said Ryan Hampton, who spoke about his recovery process during the vigil. “It hasn’t gotten better. It’s gotten worse.”

So what needs to change?

The hope from this group is that things can change before more families have to say “goodbye.”

“There he was, my baby, in a black bag, cold and starting to turn blue,” Hopper said, describing the day her son passed away.  “All I knew was that our hearts were shattered. We were a broken family.”

CBS News reports that experts say the top causes for the rise in related deaths are the “growing prevalence of deadly fentanyl” found in the illegal drug supply, and social isolation caused by the pandemic getting in the way of treatment and support.

If you’re looking for resources to help with substance abuse, click here.