Jessica Ortega credits her academic success to her teacher, Yissel Mathison, coming to her house and teaching her English when she was three years old. 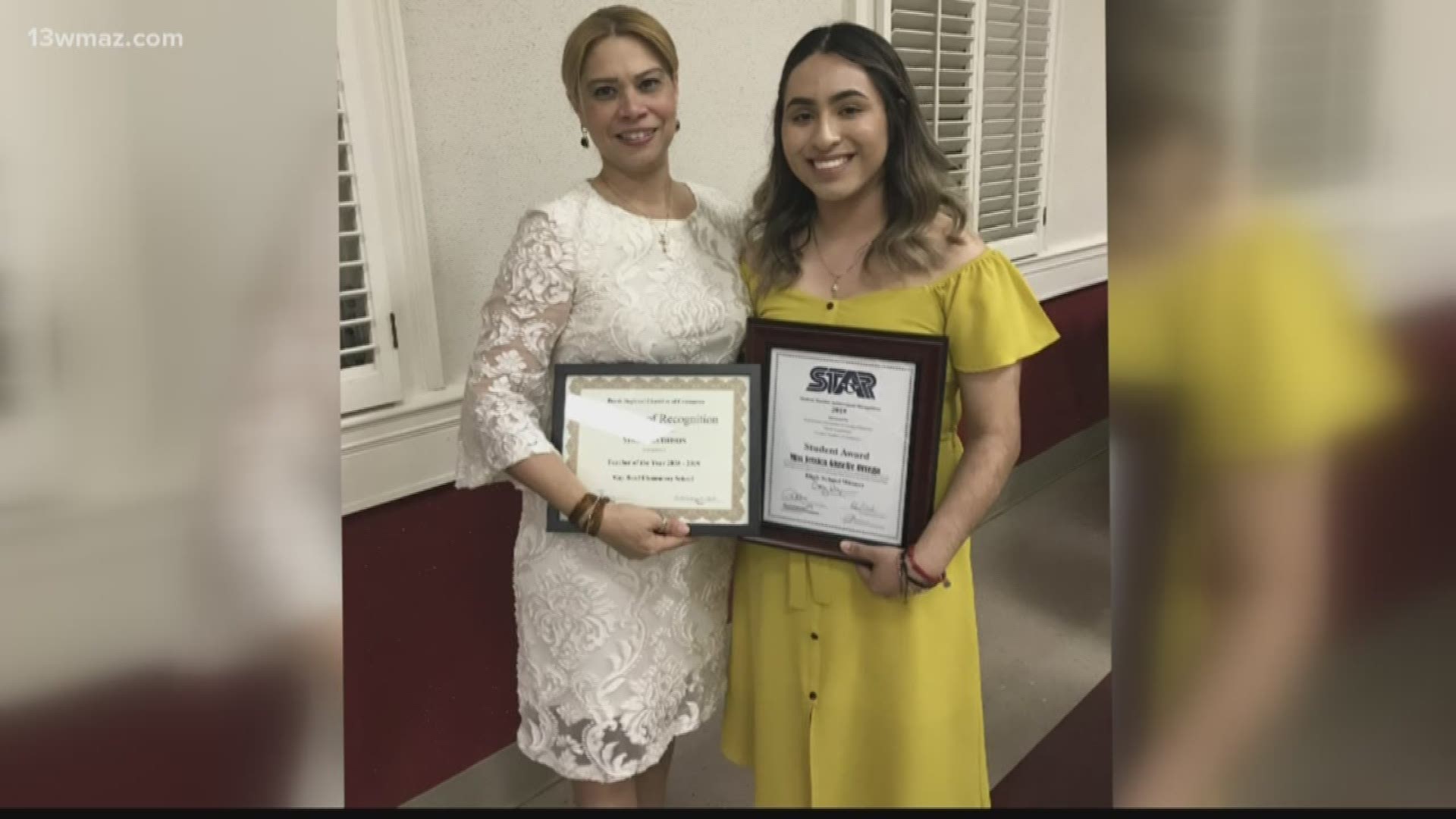 Half of that score is based on the reading and writing test in English, which isn't her first language.

"My parents are first-generation immigrants, but me and my brothers were born here," Ortega said.

Her father came to America from Mexico, speaking little to no English.

He dropped out in 6th grade so he would have to help my grandfather on his fields and what not. So, he was an agriculture worker for awhile and then he moved over here and started working in Florida," she said.

He and his wife raised three kids, making sure they learned English as soon as possible.

"They stressed education a lot from an early age it was always like, 'Oh, you can do this, don't think that you're not capable of being at the top with everyone else,'" Ortega said.

When Jessica was 3 years old, Yissel Mathison began coming to her house to help her learn English.

She was hired by the Peach County School District to teach the children of migrants.

"I am second language learner myself, so I understand perfectly the struggle," Mathison said.

Ortega won the county's 2019 Star Student Award with the highest SAT score and a GPA within the top 10 percent of her grade, and her father was sitting front row.

"I know that her dad is not understanding every word that was said, but he was so proud of her," Mathison said.

Ortega says she couldn't have done it without her teacher.

"She didn't have to go to my house, but she went to my house and would help me with my reading and everything. I really do appreciate that fact, and I guess it really has impacted me throughout my whole education," Ortega said.

Ortega is planning to attend UGA in the fall.

She wants to major in biology and become a dentist