The new animal control center is set to house 46 dog cages, puppy and cat room, and include a medical area. 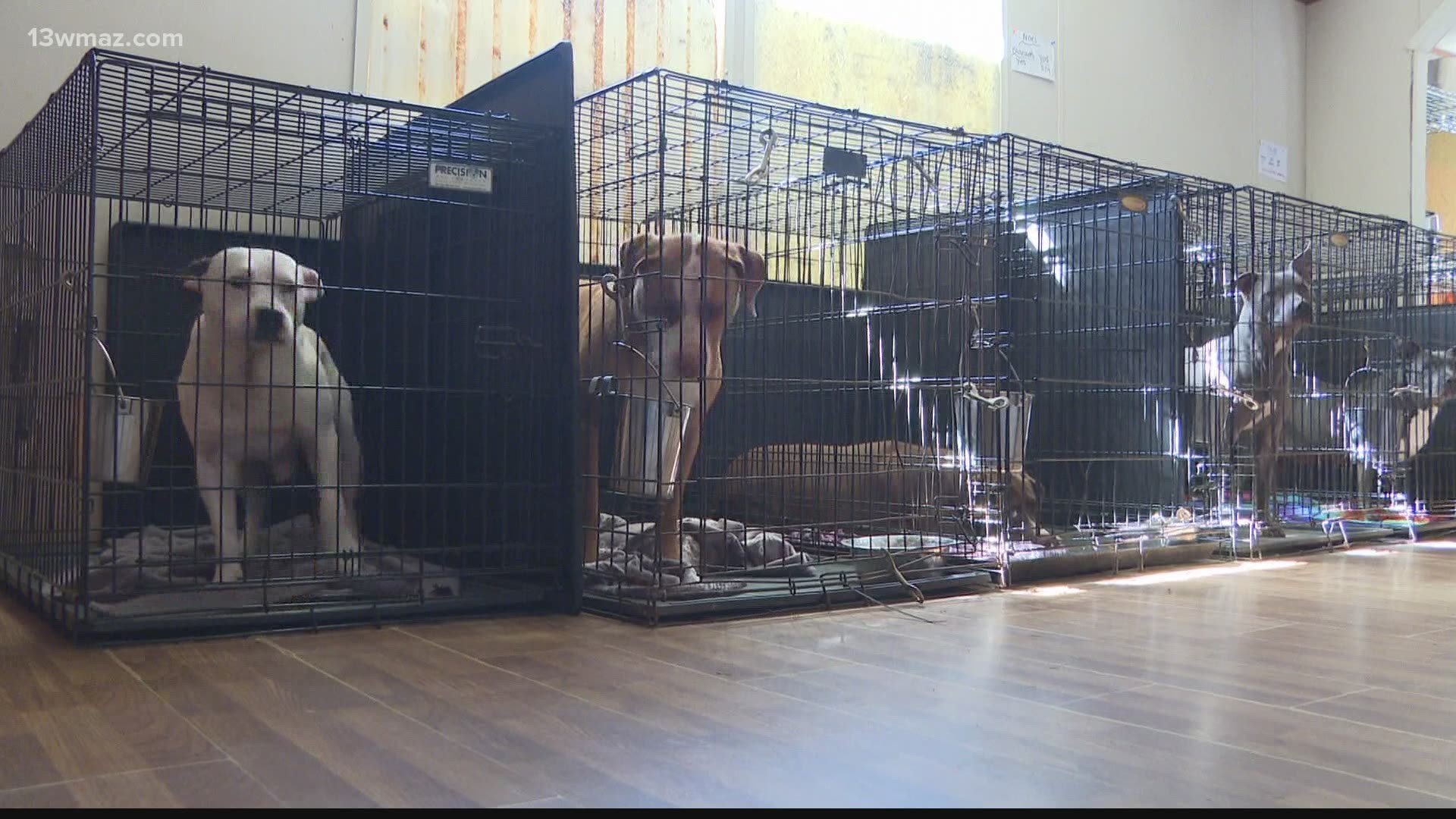 FORT VALLEY, Ga. — Peach County is stepping up to help local animal rescue centers carry the burden, with a newly-approved location for an animal control center.

For the past 11 years, Knowland has stepped up because of a lack of an animal control center.

She currently has 66 dogs on the property.

“I just felt like I was doing something to help my community and my county,” said Knowland.

If all goes as planned, abandoned dogs may have a new place to stay by fall.

“It feels really good. It feels like we’re getting some traction,” said Commissioner Wade Yoder.

According to Yoder said this has been a project in the works since 2008.

The facility is set to be built on open land found at 701 Clint Howard Road.  It will house 46 cages, a cat room, puppy room and a medical area.

Commissioner Yoder estimated the cost of the facility to come out to about $400,000.

“The area we’re looking at that we chose is not going to be a lot of site work,” said Yoder.

He thinks this will help them build the center within three months.

The hope is break ground mid-summer, and Knowland couldn’t be happier.

“It will help us so much! So when we see an issue or hear of an issue, we can call it in, and it will be immediately handled.”

Due to lack of animal control, Peach County Sheriff Department is limited in how they can intervene in a animal cruelty cases. Local rescue shelters can’t step in either.