Many of the hotspots are located close together, leaving some families who live farther out without internet for school work. 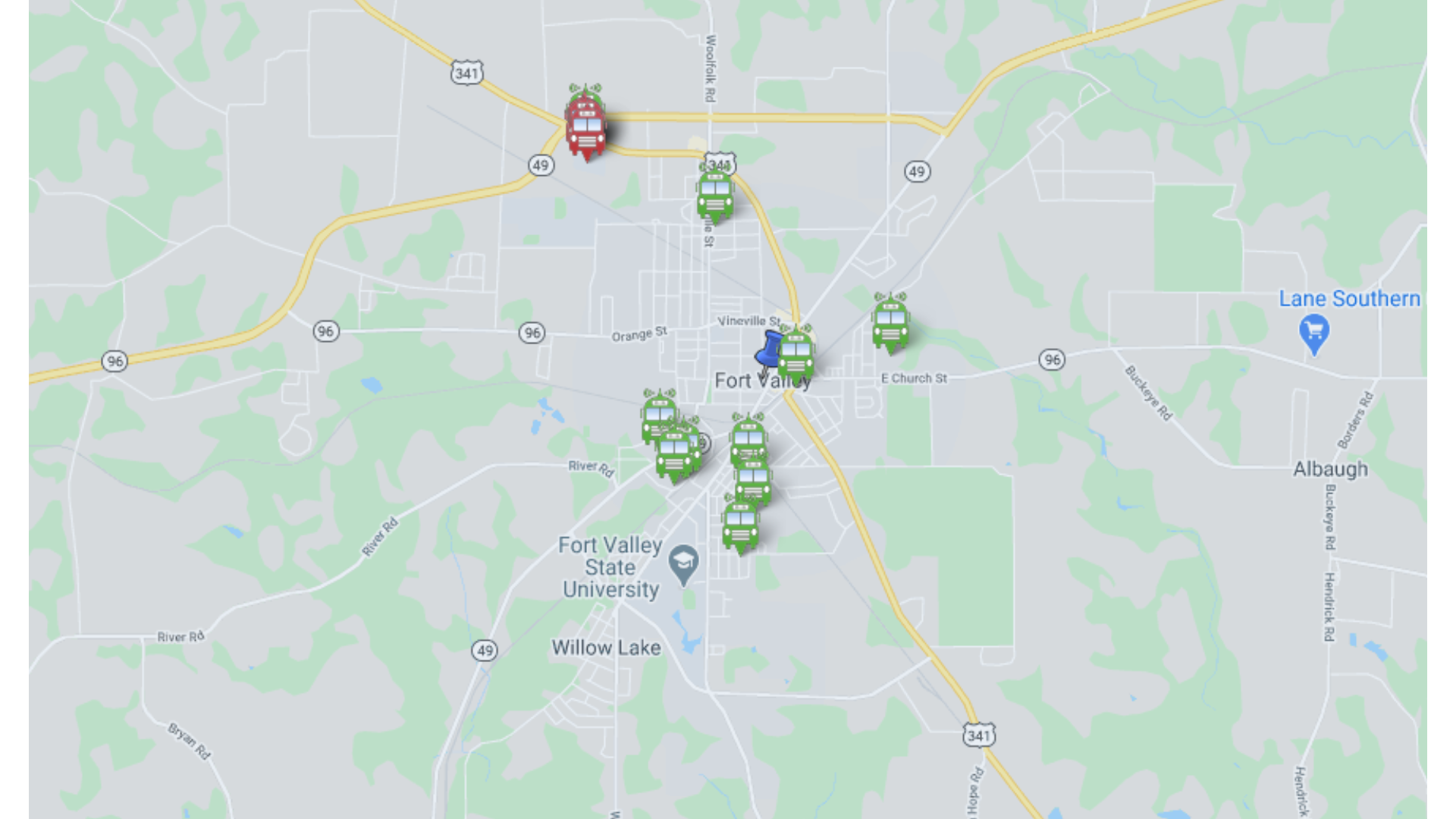 FORT VALLEY, Ga. — Peach County schools have set up wireless hotspots around the county for students who need internet access, but some families don't live close enough to the centrally located spots to use them.

For Katelyn Barton, the mother of three Peach County students, many of the hotspots provided by the school district are too far away.

“I get that a majority of our children are within city limits, but the city limits of Fort Valley have a lot more internet providers, unlike the rest of us that don’t have anything,” she said.

Barton says she lives in a part of Fort Valley that doesn’t have at-home internet service.

She’s had to send her kids back to in-person learning, even though two of them have asthma.

“My middle schooler is behind on homework because he’s having to complete homework at school, because there is no way for him to do it at home,” Barton said.

As of Tuesday, Fort Valley had at least nine working hotspots. Four spots are centrally located less than a mile away from each other, two of them were in one complex.

“There should have been a community survey like, ‘Where are our biggest internet issues?’ Not just, ‘Where are the highest number of kids?’,” Barton said.

13WMAZ contacted the school district to discuss Barton’s complaint, they said no one was available to talk.

According to a Peach County Facebook post, the school district plans to install more hotspots in coming weeks.