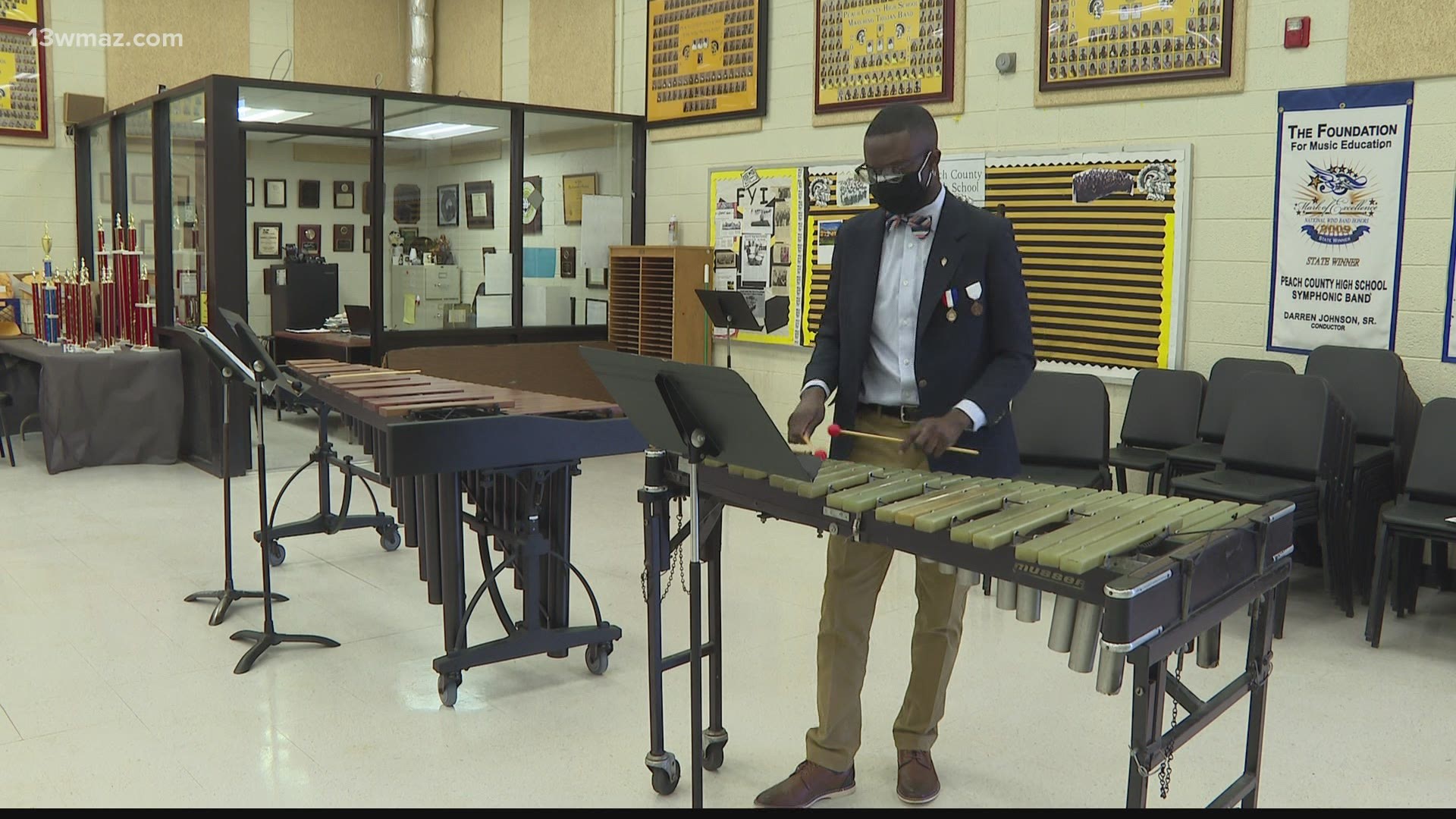 FORT VALLEY, Ga. — We often hear about sports teams and athletes winning state titles, but one Peach County student has taken the top spot in the state for his musicianship.

“I train everyday [for[ three to seven hours,” said Bryant. “It's basically like the Olympics.”

Not only did he make the band, but his high audition score earned him the title of 'principal percussionist,' making him number one in the state.

“It's kind of a challenge, but if you practice effectively, anybody can do it,” said Bryant.

The 17-year-old had to pass a rigorous district level audition before qualifying for a shot at All-State Band.

“You have basically read a piece of music you've never seen in your life, and have to sight it almost perfectly," he said.

Bryant credits some of his success to his instructor, Darren Johnson.

“He's basically like a sensei if we were doing karate. He's guiding me and told me, “This is what you do, don't do,” and really helped me," he said.

“It feels great. We got one of the best players right here in Peach County,” said Johnson.

He said he never doubted Bryant’s abilities to earn a spot in the All-State band.

“He's driven to be excellent. He has that drive and that's rare," said Johnson.

Bryant said two things keep him calm before such a big audition.

“God's up there and he's going to help me, and I've done this a thousand times. What's a thousand and one," he said.