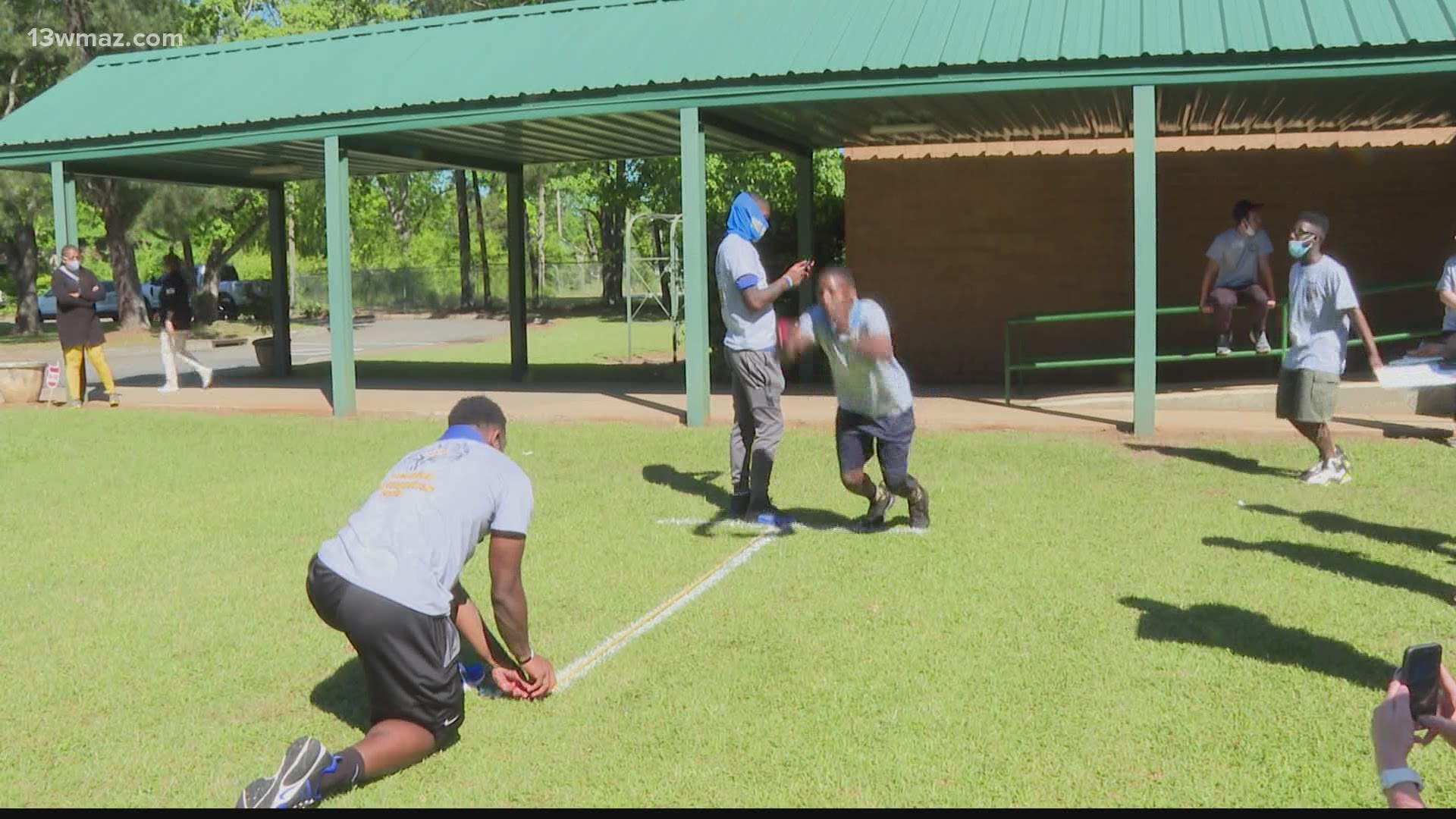 FORT VALLEY, Ga. — For the first time in years, the Peach County School System hosted their own Special Olympics.

16- year-old Terrance Richard took the big leap for the standing long jump. He said he didn’t need any real practice.

“I just do it. I know I’m gonna get first place,” said Richard.

His mother, Diana Richard, said his disability has never held him back before.

But this year, the teen was able to compete at home.

Peach County High partnered with the Kay Center, a community center for individuals with developmental disabilities, and Fort Valley State University to put on the games.

"I love seeing all these kids out here having fun,” said Richard.

According to Superintendent Lionel Brown, the adults were having fun, too.

“I think we’re being a little selfish because the adults are having a great time, too – at least, I know I am.”

Brown said it was about time Peach County kids had their own Special Olympics.

“We could do the same things these other districts are doing because our kids deserve it, too.”

But Brenda Arnett, the Special Olympics Coordinator for the county, said the real reward is showing these kids they’re more than their disability.

“They’re just like everybody else, they may just do it in a different way.”

Terrance seems to know that. After getting first place in the long jump, his focus is now on states.

“I want another gold medal.”

Arnett said next year’s Special Olympics will likely include middle-schoolers and consist of several events.