Crawford County man being treated for rabies after fox attack

The fox was acting strangely in the man's front yard before it charged at him. 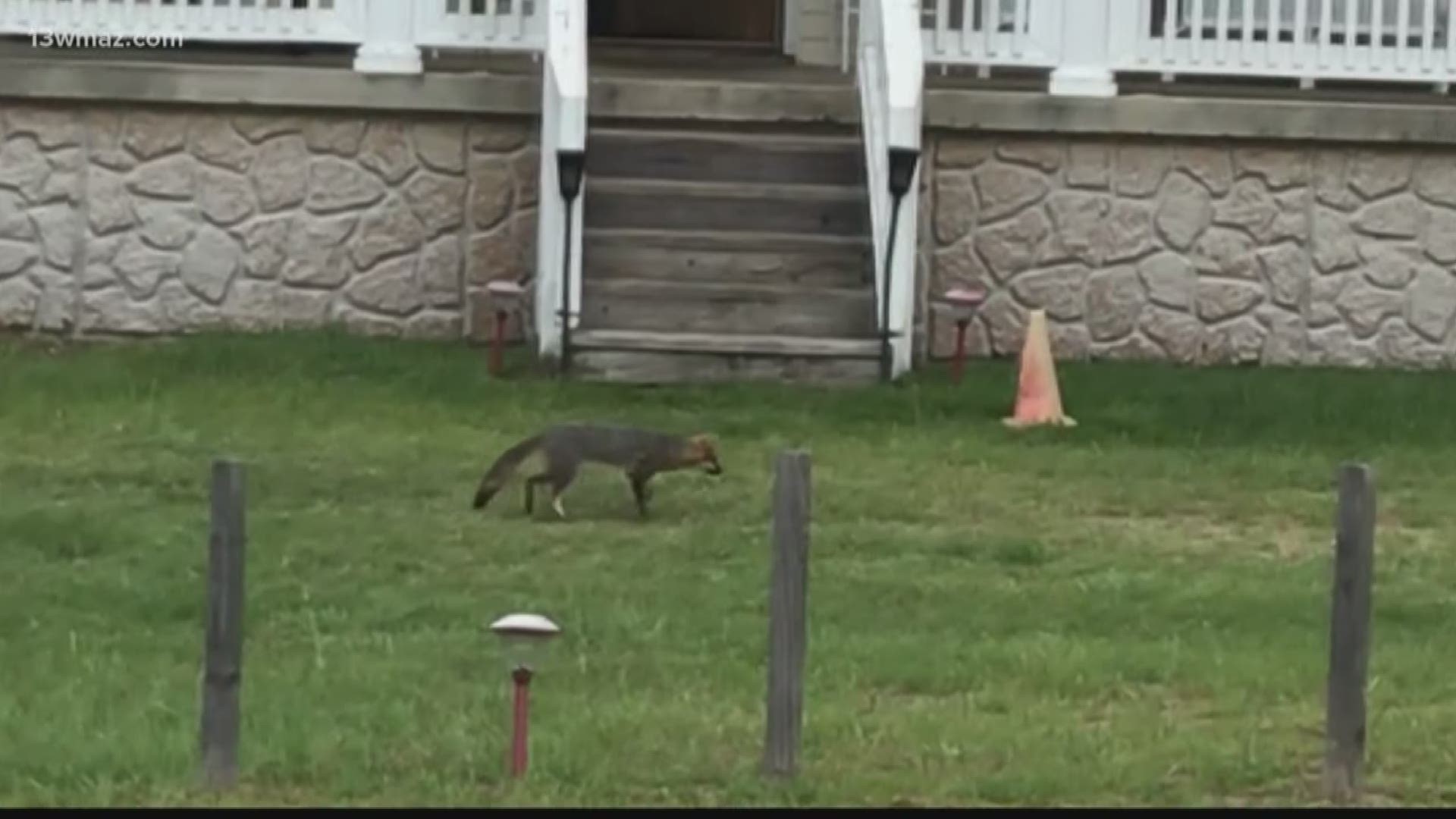 CRAWFORD COUNTY, Ga. — A Crawford County man is getting treated after he was attacked by a rabid fox in his own front yard on Wednesday. The Wray family was in for quite a surprise when they pulled into their yard on Wednesday.

"I stopped and I told the kids, 'Hey, look, there's a fox in the yard,' and I figured when it saw us it would take off," said Rhonda Wray Hartley.

Instead, the fox flopped down in front of a van before trotting across the yard. That's when Hartley knew something was wrong.

"Momma and I both said that's weird that it didn't run off," Hartley said.

She said the fox started running towards the barking family dog, Fido. That's when Henry "Poppa" Wray came out to distract the dog.

"And he was just like, 'Oh, I'm just gonna scare it off,' and he did what he always does when he scares an animal. He went, 'Pshhh,'" Hartley said.

"Daddy held on the entire time and I just kept telling him, 'Daddy don't let go, Daddy don't let go,' because I didn't want it to get loose and either come after somebody else or then get out into the woods and then we just wouldn't know what had happened to it," Hartley said.

It's very unusual for wild animals to ever approach people. The sheriff's office had to put the fox down so they could send it to the health department and have it tested for rabies. Hartley said her daddy is a hero.

"Everybody's calling him a hero, and Superman, and he's a beast and he's a warrior, and he is all that to our family. He's very much a hero," Hartley said.

Late Friday afternoon, Michael Hokanson from the North Central Health District said that tests on the fox came back positive for rabies. Henry Wray is now getting a series of shots for treatment.