For one Peach County senior, losing his spot at the top of his class wasn't an option, even when he was helping his dad recover from a stroke 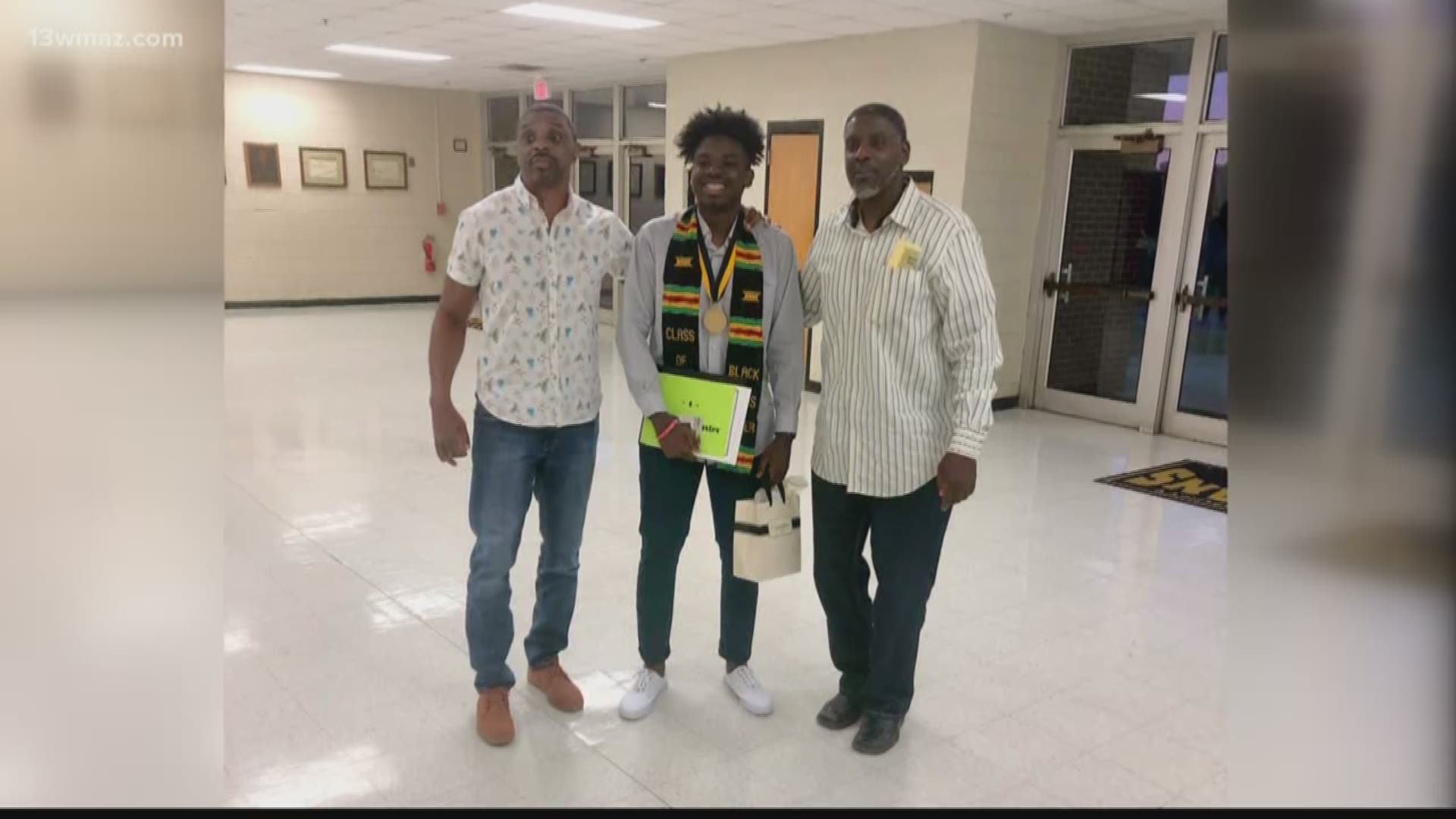 FORT VALLEY, Ga. — Some students aim for the top of their class, but Desmond Paster didn't even know he was at the top of his class until his sophomore year.

"One day, in the hallway, students came up to me, asked my name," Desmond said. "I told them my name and they were like, 'You're the valedictorian!' I was like, 'You sure?'"

That moment would be the start of a new mission to graduate as number one.

Along the way, he had a lot of people who helped keep him on the right track, like his business teacher, Maurecia Gregory.

"Desmond has potential that I see that he hasn't even discovered yet in himself, so I know he's going to be greater than what he is now," said Gregory.

"With my dad being a basketball coach, coaches get opportunities all the time. Since elementary school really, I've moved schools almost every year," he said.

His dad coached the men's basketball and cross country teams at Peach County High School for three years, allowing Paster to settle in, but in October, Coach Prelvis Paster suffered a stroke at practice.

Desmond was still at the school when it happened.

"He always worked out, always went to the gym, ate right, had a good diet, and so I was just like, 'How could this happen to such a good person?'" said Desmond.

In the spring semester, Desmond took on a whole new routine, going to classes in the morning and spending his afternoons at home or in the hospital.

"If I didn't have work after my second period, I would try to go home and ask my mom, 'Hey, does dad need help with anything? Do I need to take him to therapy this day?' There were some days that I had to miss school to help my mom out, because she had to go to work, and I would take him to therapy," Desmond said.

Now eight months later, his dad's health is improving, and Desmond is ready for the next chapter after getting a full ride to Alabama State University.

"You may have to work harder than others, but you cherish it more. At the end of the day, after you get the goal accomplished, you're like, 'Okay, I did this, let me move on, I can get a bigger goal,'" Desmond said.

Desmond plans to study computer information systems and minor in political science. His next goal is graduating college with his father in the stands.

Dublin student returns to school after dropping out