Macon pedestrian dies after being hit by car

The accident happened near the intersection of Eisenhower Parkway and Houston Avenue around 7 a.m. Friday 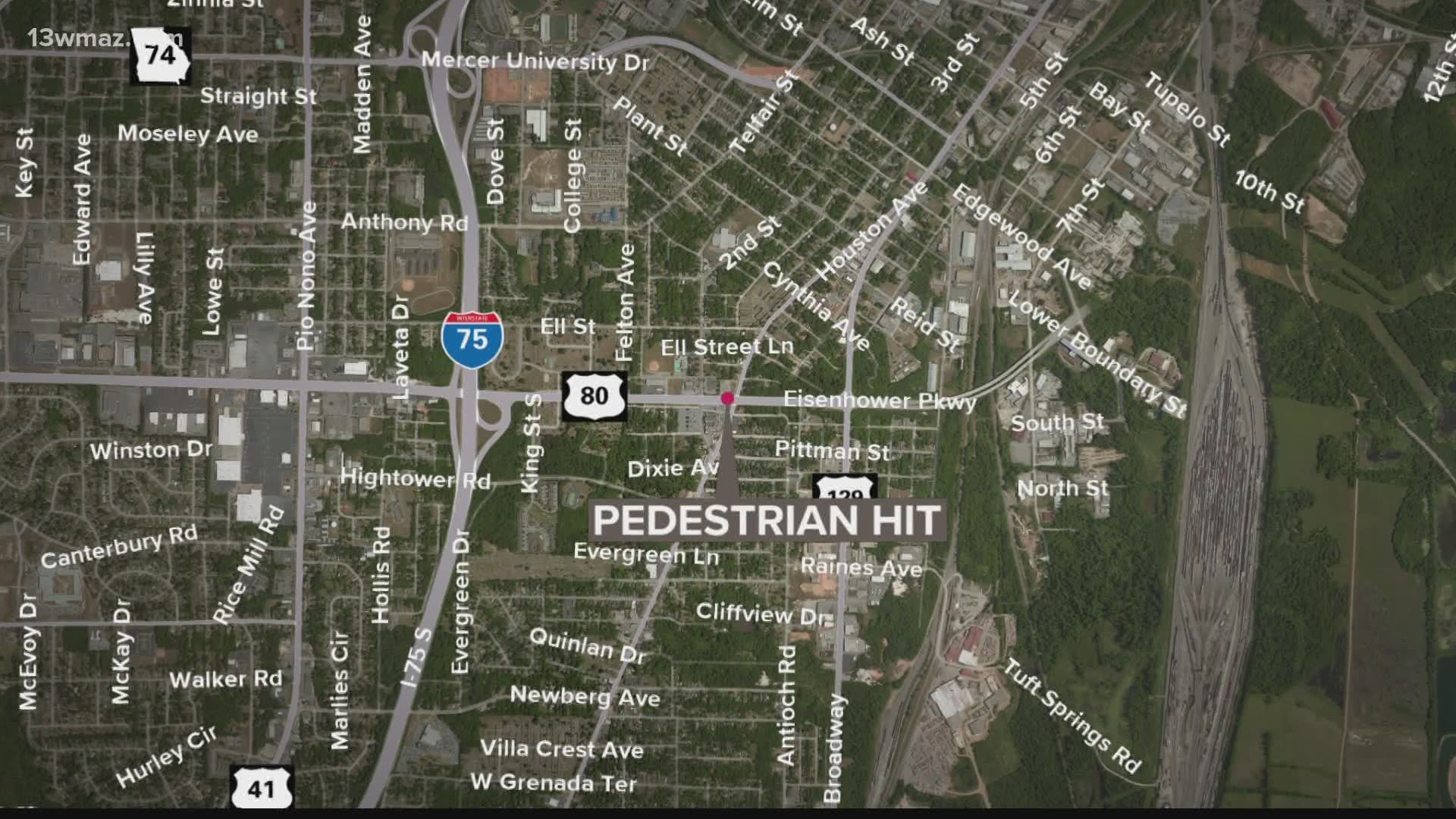 A Macon pedestrian is in the hospital with serious injuries after she was hit by a car on Eisenhower Parkway Friday.

According to a news release from the Bibb County Sheriff's Office, the accident happened on Eisenhower Parkway near its intersection with Houston Avenue around 7 a.m.

Witnesses say a man was driving east on Eisenhower Parkway in the left lane when he hit 35-year-old Madena L. Hargrove.

The man says he did not see Hargrove until she stepped into the road.

Hargrove was taken to the Medical Center, Navicent Health by ambulance. The release says she has serious injuries, but she is in stable condition now.

No one else was injured. The accident is under investigation and no charges have been filed against the driver.

Anyone with information about the accident can call the Bibb County Sheriff’s Office at 478-751-7500.