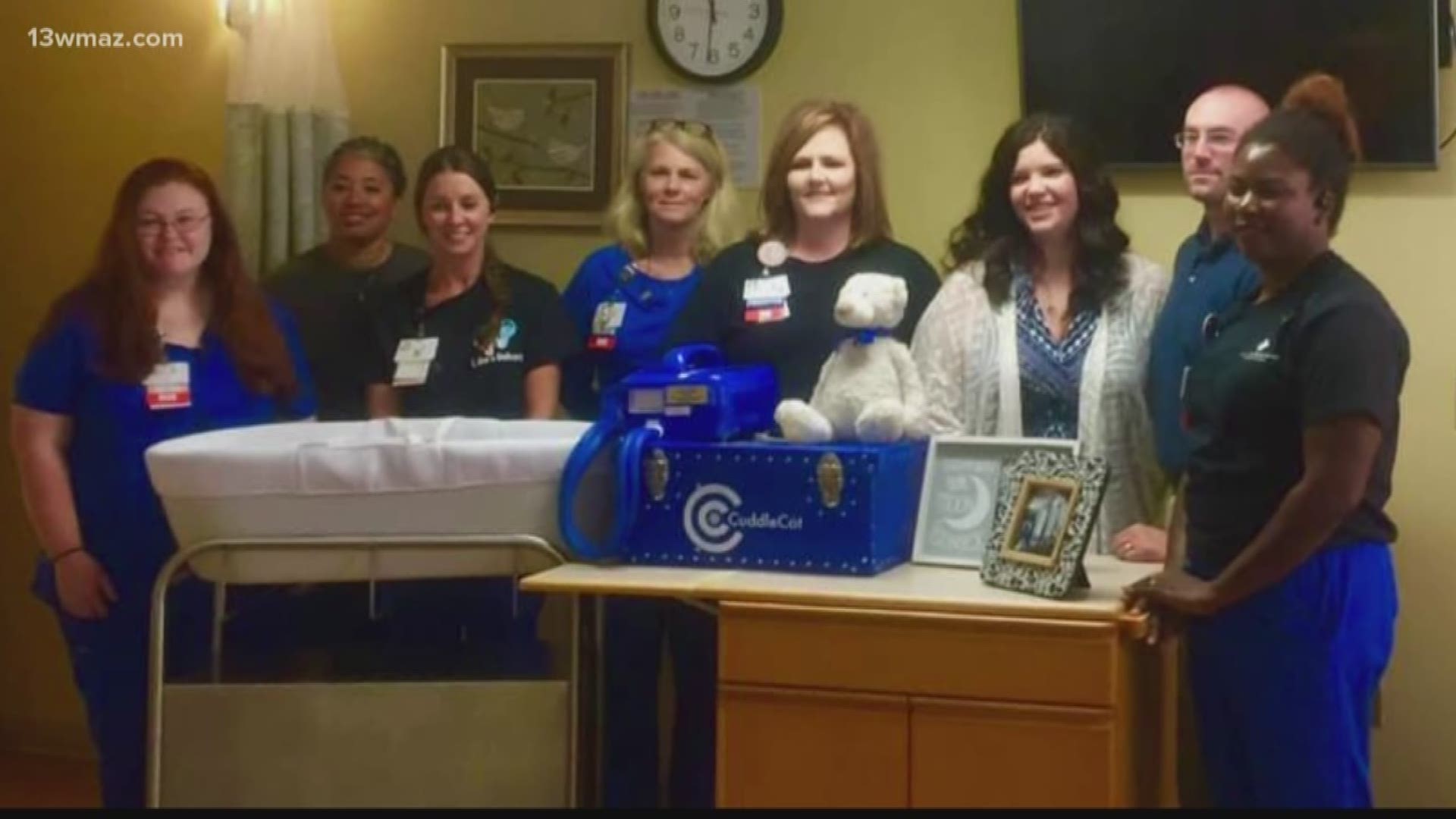 PERRY, Ga. — Three years ago, Kendall and Andy Reid found out they were having a baby girl.

Then, the unimaginable happened.

Their daughter, Ruby, died just two days after she was born.

"It was just earth-shattering," said Kendall.

Kendall said it was hard to take in what was happening. "I always felt like I handed her back too quickly. I didn't get enough time with her."

A year later, she got pregnant with Jack. "We were told the chances of losing another child was one in a million."

But Jack was stillborn.

"I held him as long as I possibly could, but that wasn't enough time," she said.

Now, Kendall and Andy want to help families dealing with the same thing by donating Cuddle Cots to hospitals in the area.

"For other parents to have the opportunity to spend as much time, getting as many memories as they can because they are the only ones they are going to have. They’re the only ones we have and the 'Cuddle Cot' is just going to help prolong that."

Families only have a certain amount of time to spend with their babies. They cannot stay at room temperature because of the natural changes that happen after death.

Hospitals typically have to take the baby's body to the morgue about six hours after birth.

The Cuddle Cots have a cooling system inside a bassinet that keeps the baby's body cool so families have time to grieve and say goodbye.

They will allow families to keep their babies in the room with them for up to three days.

Franchetta Traywick, the Coordinator for Grief Support Services with Coliseum Medical Center said, sometimes, that is exactly what families need.

"They help with some of the memories that they will need to have as they go through the throws of grief. As they look at this experience, they need to find something that they can hold onto that is a positive memory," she said.

She said the Cuddle Cot is a great way to allow families to make as many memories as they can because it is their only chance.

"It's going to enable them to have that memory. They can hold their baby. It's not rushed," said Traywick.

Kendall and Andy have already given one to Houston Medical Center and Coliseum is getting the second.

"A lot of those parents probably don’t know that it exists either. It would be a pleasant surprise in a dark moment to say, ‘Hey, at least I can keep my baby for a couple more days,’ or however long they need as far as their grieving process and everything allows for," said Andy.

Between fundraising and community support, they were able to purchase five cots through Ashlie's Embrace, a company that helps place the devices in hospitals across the country.

Kendall said Navicent Macon and Navicent Baldwin will be the next to get the Cuddle Cots.

Andy and Kendall said they do want to keep trying to have another baby, but they still want people to remember Ruby and Jack.

RELATED: Watch: Boy sings to baby brother with Down Syndrome