The county visitors bureau says they expect as many as 40,000 visitors this week. 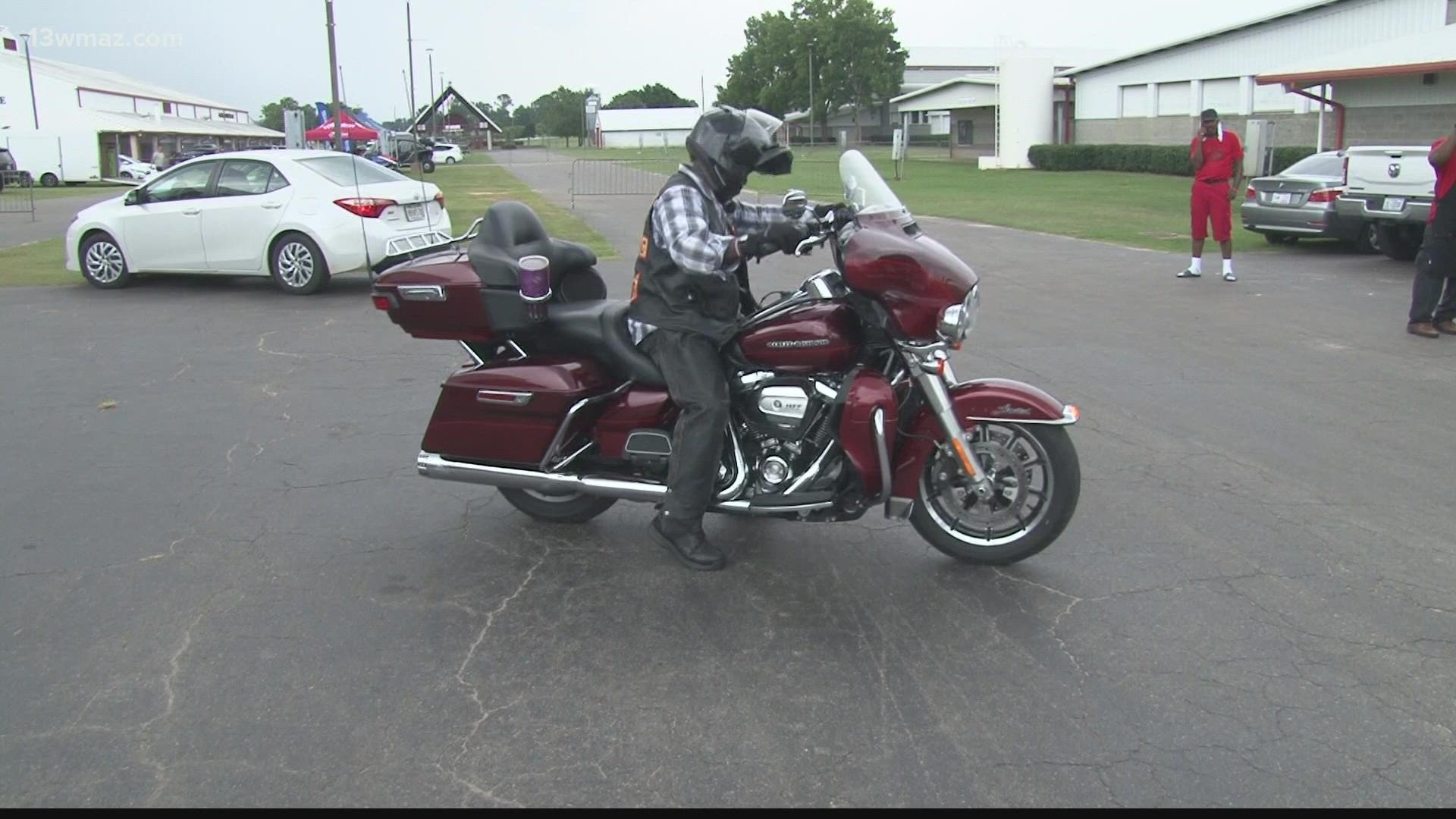 PERRY, Ga. — The City of Perry shut down public events this month due to COVID-19 concerns, but thousands of people will gather at the state-run Georgia National Fairgrounds for a huge national bikers roundup.

Bikers at the fairgrounds say they plan to have fun while staying safe.

Tuesday was the setup and check-in day for the event. RVs and bikers started coming in steadily since the morning.

The county visitors bureau says they expect as many as 40,000 visitors this week, and event organizers say they have guests from all 50 states.

The six-day event goes through Sunday. It features more than 70 vendors, camping, parades, and entertainment.

Jason Little, a member of Notorious Ones Motorcycle Club in Warner Robins, says he's happy the event is so close to home.

"It's a great profit for the city itself in bringing bikers together, just showing the unity and the fun and excitement. I'm just happy it's here," Little said.

Some others traveled out of state, like Derell Blount and his friends from New Orleans.

"Well, we've never been to Perry, Georgia. It's one of the new areas we wanted to venture out to," Blount said.

Blount says he'll enjoy the event, rain or shine, "The motorcycling family all over the world, to me, is just a band, and when you travel, you meet different people. It's just a connection like you've been knowing everybody 100 years, even if you met for the first time."

Iradell Walls, who's on the Board of National Bikers Roundup, says she does not want this event to add to the spread of COVID-19.

"We're gonna worry no matter what. We're gonna constantly worry, but what we're gonna do, we're gonna ask everyone to please, please, mask up. Like I said, we're gonna worry -- that's number one -- and also, if they don't have, then we'll give them a mask, and we just don't want them to take it back to their family that didn't come with them," Walls said.

Erin Flournoy with the fairgrounds agrees -- she wants everyone to put safety first. They'll have extensive cleaning on site and hand sanitizing stations.

"I feel like that's always something in the back of your mind, but I have no doubt that this

will be a great event and we're happy to have them here on site," Flournoy said.

People say all nearby hotels are full due to the roundup. The closest vacancy is at least 45 minutes away.

The event comes just a few days after the City of Perry canceled a series of public events.

Since the roundup is happening at the state-run fairgrounds, it's not affected by the city order.