'It doesn't get any better than that': Perry High band members reflect on filming 'Remember the Titans'

It's been 20 years since the blockbuster hit was released, but the former Perry High School band director says it's something they'll never forget 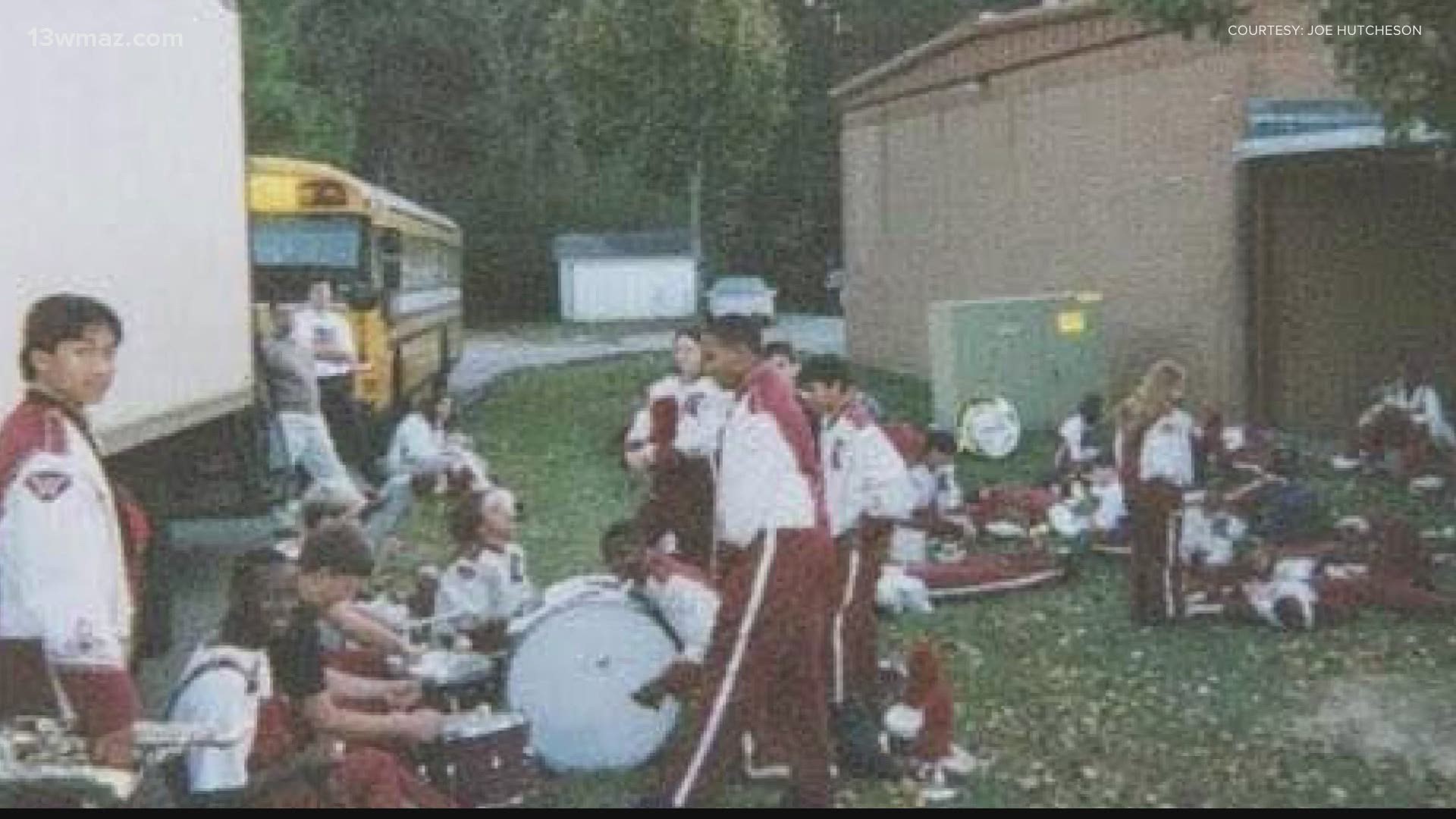 PERRY, Ga. — 20 years ago, the Perry High School band was cheering for the Titans instead of the Panthers, when they were chosen to play in the 2000 blockbuster hit, "Remember the Titans."

It all started with a phone call.

"One day in the band room, the phone rang. I picked it up and there was a nice lady from Disney in California. I never thought about it being a prank phone call, so I just started talking with her and she said they were shooting a movie in Atlanta and they needed a band," former Perry High band director, Joe Hutcheson, says. "She did not have a title for the movie, but she knew it was about football and Denzel Washington was going to be in it. Well, at that moment, I was sold."

Initially, Disney wanted Lassiter High School in Atlanta to play during their football games, but they declined and offered Perry as an alternative, since their school colors were the same, so the band traveled back and forth from Perry to Atlanta for three weekends to film, where they were in hair and makeup for two hours and then played in the stands from 7 p.m. to 5 a.m. in the morning.

"The crazy part is we would finish at 5 a.m. on Monday, jump on the yellow school buses and make it back to class," says Hutcheson.

William Harden and Jamie Stewart were in 10th grade when the movie was filmed.

They were learning all new songs that Disney wanted in the movie, like "Camptown Races" and "Na Na Hey Hey Kiss Him Goodbye," but when they got there, Stewart remembers the director throwing curveballs at the band and asking for new songs on the fly.

"A lot of it goes back to the prep work that Mr. H did with us in the classroom, just working on sight-reading and things like that, for moments like that, it was very helpful."

Harden and Hutcheson remember seeing the actors walking by, learning how they do the rain effects on set and some of their band mates having their hair cut and dyed by the production crew.

"Disney would go into these high schools at 4:00 on a Friday afternoon and totally redo the stadiums overnight, so we could start shooting, so it would be 1972," remembers Hutcheson. "They would take down the new goal posts, put up the 'H' goal post and by Monday morning at 8:00, it was all back to the original and that I think blew our minds that we were in the big time."

During some of those long breaks, they did have some memorable moments with the cast, before they went on to become stars.

"The best part was the football players, which now some of them are very famous, would come over and hang out with the band," says Hutcheson. "At 2:00 in the morning, just playing a cool beat on the drums with the football players from 'Remember the Titans.' It doesn’t get any better than that."

Harden says it was hard waiting a year to finally see themselves on the big screen, but when it came out, they had a private screening.

"Being able to do that private screening and seeing yourself on the big screen and being able to point yourself out. Like I had five seconds where it was nothing but me following around the people," he says. "You know, it’s memories like that that, like Jamie said, you cherish forever and it makes you feel good."

Stewart says they were thrilled when they got to see the finished product and finally know what the movie was actually about.

"Any time we'd see ourselves or our friends on the screen, we just like screamed in the theatre," she says.

Now, 20 years later, all three say they didn't realize the lasting impact the movie would have.

"It's one of those timeless movies, especially with the racial climate that we have right now, I think it speaks so much to what the hope is for loving each other and getting along," says Stewart. "There’s a couple really powerful moments in the movie that I press pause and I’ll have a conversation with my kids and I’m just like, 'What does this mean to you?'"

"Especially in today’s age, hopefully a movie like that could bring back people together, bring back America together like we were back then."

He says it's also just something special he is able to share with his kids.

"It’s a great feeling." Harden says. "The faces they make when they see you looking different, I mean your high school days. For me I had hair back then. Your kids get excited about it and can go brag about it at the schools."

Hutcheson says at the time, they just thought it was a fun field trip, but now, he realizes it meant so much more.

"We honestly did not know the full story and the impact that story would have while we were shooting it."