Nathaniel and fellow bandmembers spent 219 volunteer hours putting them together. 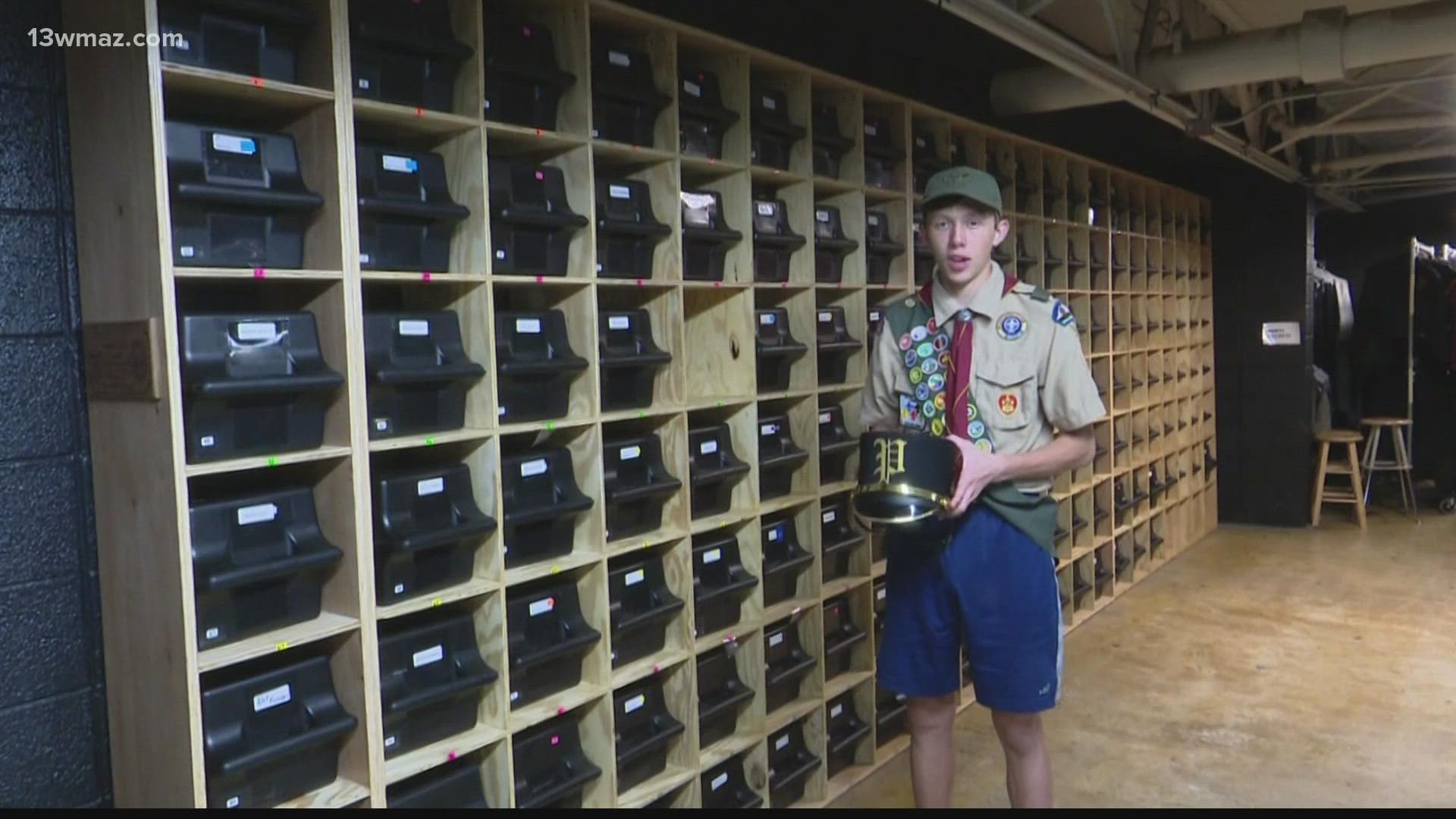 PERRY, Ga. — One Perry High School student made 158 box cubbies for band members to put their helmets in after games and events.

Nathaniel O'Neil is a an 11th grader, but he's also a Life Scout in BSA troop 96.

The project was all a part of his Eagle Scout service project.

When you sign up to join the Panther Regiment Marching Band at Perry High School, you also sign up for long nights.

Something Michael O'Neil says he knows too well, because his son Nathaniel is in the marching band.

"The football games go, there may be a rain delay, kids are out late, sometimes they have games on Thursdays which means they have school the next day," Michael said.

For a long time, nights were even longer, because students had no where to put their band helmets.

"They were just on the floor, in a pile, and we would have to come in and grab them," band member Hunter Leslie said.

"A lot of times you'd have to wait for the other people in your section, whose hat boxes were in front of yours, to get yours out," Nathaniel said.

Which added 20 to 30 more minutes to their nights.

Nathaniel saw the need for more organization, so he came up with the idea to make the boxes for his Eagle Scout service project.

"They're cubbies that we built. So instead of us having to just pick them up off of the floor and go through all of the hat boxes in your section, you can just find your name and number on the shelf and grab your hat box," he said.

Simple, but making all 158 of these cubbies, was not.

Nathaniel, along with a few other scouts and band members, spent a total of 219 volunteer hours putting this together.

"We started doing work days in May, and finished in late august," Nathaniel said.

He says seeing his classmates reaction made the hard work worth it.

Leslie was one of the band members, who helped Nathaniel with this project.

"It's really nice to have the hat cubbies here. It makes grabbing your uniforms and getting everything on so much easier. As a friend, and fellow scout of his, seeing him finish his eagle project is very rewarding," Leslie said.

"This is probably one of the proudest moments I've had as a parent. It took a lot of hard work and initiative to finish this project for Nathaniel. But also, as a scout master, to see the scouts come together to work hard and finish this project," Michael said.

This project is the last requirement Nathaniel had to complete to become an Eagle Scout, which is the highest rank in the Boy Scouts program.

So he will have that title very soon.

Nathaniel says that he would like to dedicate these shelves to the Panther Regiment Marching Band, because without their support, it wouldn't have been possible.