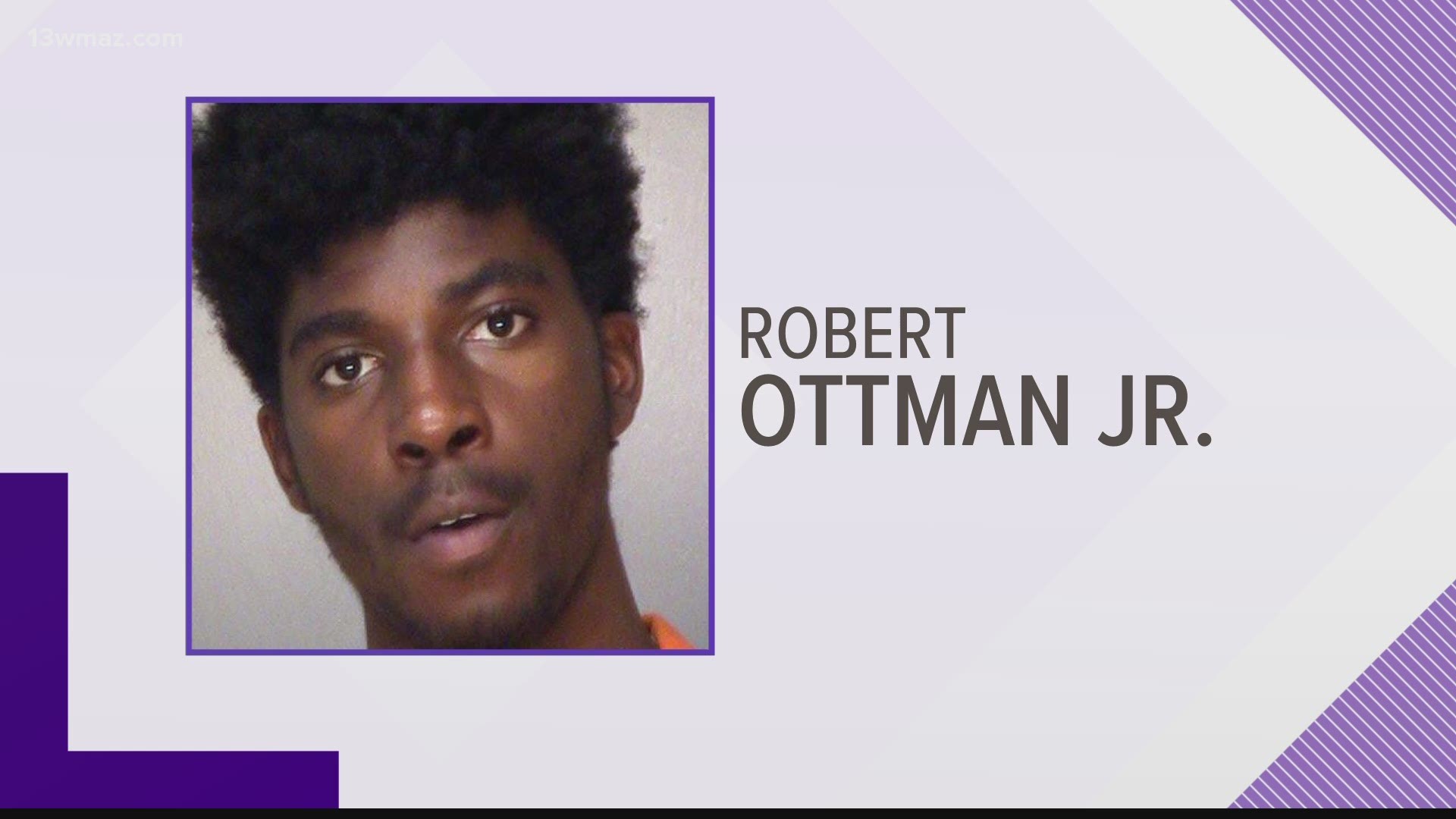 We confirmed that up until a month ago, Ottman was being held at the Bibb County jail on armed robbery charges but was released after making bond.

According to Coroner Leon Jones, Snead was Ottman's half-brother. According to Bibb County Sheriff's Office, the shooting happened just before noon Friday off Mercer University Drive near Blossom Hill Apartments.

But the shooting happened just a month after Ottman was released from jail.

"It's very disturbing if we have someone out on bond and commits another violent felony," said Mayor Lester Miller.

This is one of at least three cases this year where a person of interest in a murder case had recently been released from jail.

Bibb County Sheriff's Office says Ottman bailed out Feb. 23 of this year. According to documents from the Superior Court Clerk's Office, Ottman was charged with two counts of armed robbery when he was around 16-years-old.

According to the indictment, Ottman and another man were accused of taking Apple AirPods and an iPhone from two people using a pistol.

Last September, a judge set bond at $10,000, but he didn't make bond until February.

Mayor Lester Miller says cases like this show there should  be more conversations about who is eligible for bond especially for violent offenses.

"I do think we need to take a closer look at the violent felonies, especially those involving guns. We have to take a different approach on those because the recidivism rate on those who commit violent felonies and later get a gun, is pretty high," Miller said.

Miller says there's been two other cases similar to this this year. Anthony Walker and Zontravion Hernandez were both charged with murder in separate cases after recently being released from jail, according to Bibb County Sheriff's Office.

Walker posted bond for criminal trespass and battery two months before he was charged with killing his girlfriend, Brenda Settles.

Hernandez bonded out for charges including murder and aggravated assault a little over seven months before he was arrested for allegedly murdering Ahmori Searcy in March.

"We would have saved at least three lives in that situation," Miller said.

Bibb County Sheriff's Office says they are still looking for Ottman for questioning. As of Monday afternoon, he has not been charged.

A bond is ultimately set by a judge. We spoke to former District Attorney David Cooke whose staff handled all three cases last year.

Cooke says his office asked a judge last year to not grant bond for Zontravion Hernandez when he was charged with murder.

In a statement, Cooke wrote, "My administration opposed bond for Mr. Hernandez because of the danger we believed he posed to us all."