Tennille Police Chief Joel Cochran says the alleged shooter ran away from the scene and eventually turned himself in. 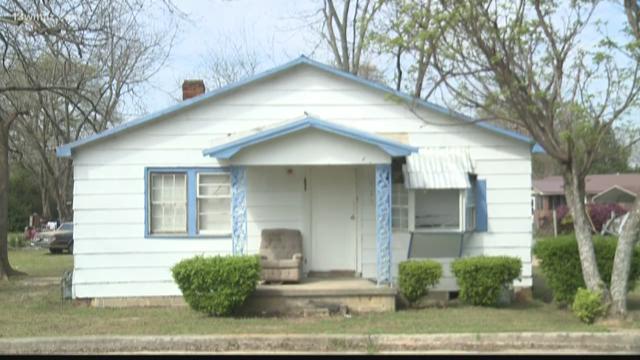 Neighbors in a quiet Tennille neighborhood woke up to a disturbing scene on Smith Street early Sunday morning.

"I heard some gunshots, about nine gunshots, and I jumped up and I turned my TV off. Once I turned the TV off, I got to looking out the window," said Charlotte Gibson.

Gibson says what she heard was the end of what Tennille Police Chief Joel Cohran called a domestic dispute that left 60-year-old Jessie Jackson III dead and sent 36-year-old Alicia Miles to the hospital.

Gibson says by the time she went out; the street was packed with GBI and police vehicles.

"As I was outside the door, that's when I saw six police and sheriff's coming up the road, so I shut that door and ran through this door," Gibson said.

Gibson says she still feels safe on her street even though the shooting happened so close to home.

"I feel fine because I stay in my house and mind my business. I'm in my house unless I have to go out and do something," Gibson said.

Cochran says the alleged shooter – 28-year-old Joseph Mountain – turned himself in after running away from the scene and is charged with one count of murder, one count of aggravated assault and other charges are pending.

The case is still under investigation and if you have any information, you are asked to call the Washington County Sheriff’s Office at 478-552-4795.