Air Force One arrived just after 4 p.m. and then Trump will immediately depart to various locations around the region, though the exact areas were not released. 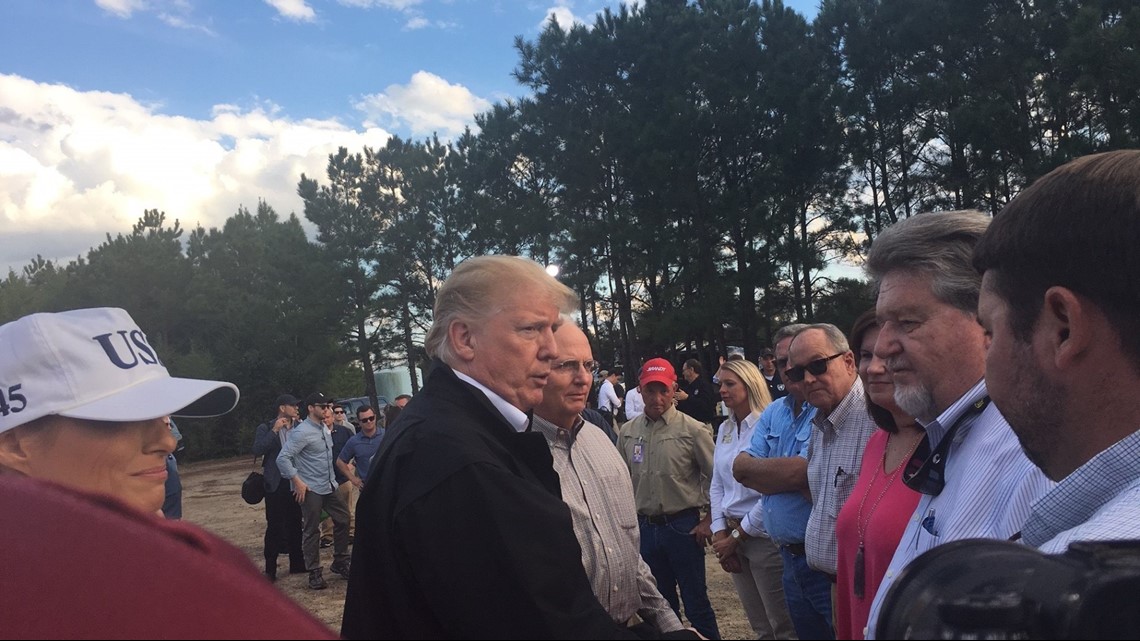 The Bibb Sheriff's Office says drivers should expect to see road closures or delays around rush hour on I-75 and Highway 247.

RELATED: Hurricane Michael donations should be cash — not goods — to vetted agencies

Areas in Central Georgia and south Georgia, like Cordele and Albany, were hit particularly hard by Michael. At this time, around half of Crisp County is still without power and entire crops of cotton and pecans were destroyed.

RELATED: Tyson Foods hands out meals, chicken to people without power in Cordele

Georgia's only known fatality from Hurricane Michael happened down in Seminole County, where 11-year-old Sarah Radney was killed when a tree fell onto her home. Damage was so extensive that it took several hours to recover her body.

As of Monday afternoon, the nationwide death toll from Michael is at least 18.