A Peach County man is charged with aggravated assault, but he was shot by a deputy. 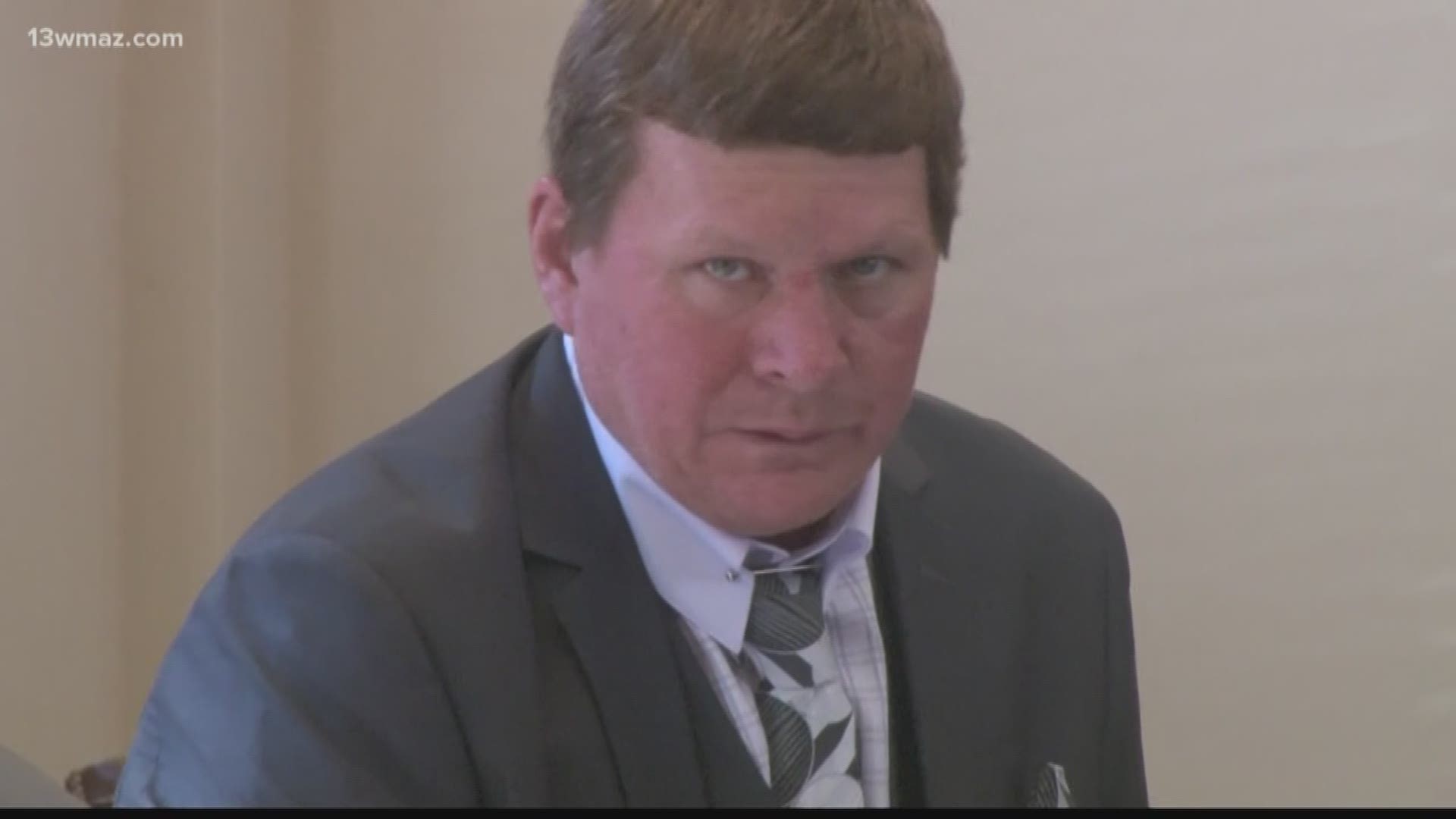 He’s the Peach County man charged with aggravated assault for allegedly pointing a gun at Peach Deputy Brandon Williams—even though Williams shot him.

Prosecutor, Neil Halvorson, began his opening statement by knocking on a courtroom podium for jurors to hear.

A door knock — it’s what Halvorson says started the chain of events that landed Lonnie Shaw in court.

In the early hours of May 31st, 2016, Peach County Deputy, Brandon Williams and his partner knocked on Shaw’s door, and Mr. Shaw answered with a loaded gun.

“Did Lonnie Shaw have the absolute right to go to his door at 3:00 in the morning with his gun? You’re going to find out the answer is yes," Shaw's defense attorney, Torris Butterfield, told the jury.

But it’s what happens in the 4 seconds between the time Shaw opens the door and when Williams shoots him, that the jury must decide.

“Mr. Lonnie Shaw is being wrongfully and falsely accused of a crime he did not commit, and it all happened based on police miscommunication, police mistakes, and police overreaction," said Butterfield.

Butterfield says his client never raised his weapon at the deputies. And it was all captured on surveillance video.

“At that point there’s a conflict in the evidence," said Halvorson.

The prosecution told the jury Wednesday they can’t fully see what happens in the video when Shaw takes a step backwards inside his house.

Halvorson calls this a case about “perspective and protection.”

“Just because you don’t see something on camera, doesn’t mean that Deputy Williams didn’t see it from his perspective," said Halvorson.

“Did Lonnie Shaw ever raise a gun at the officer or brandish a gun at an officer? And (the answer) to that question, ladies and gentlemen, is going to be absolutely not," said Butterfield.

After opening statements, the prosecution called Ron Watson to the stand. He was the security guard on-duty at Peach Medical Center the night Shaw’s stepson Nicholas Coker showed up to the emergency room with a gunshot wound.

Watson testifies that he tried to talk to Coker but couldn’t understand him, and that he gave Peach County dispatch the address they had “on file” for Coker at the hospital— 50 West Valley Drive.

In a radio recording played in court Wednesday, you could hear a dispatcher tell deputies “the shooting happened at 50 West Valley Drive.”

Doles responded to the hospital in reference to the gunshot wound victim on the same night.

Doles says his supervisor, Sgt. Patrick Sondron, sent Deputies Brandon Williams and James Perry out to the address to investigate, even though it was nearly 3 a.m. in the morning.

“You don’t wait to handle things at a normal business hour. You want to handle it right then and there where the crime scene is fresh," Doles said on the stand.

The prosecution argued that the deputies who showed up to Shaw’s house were just doing what they were told.

The defense calls it a big miscommunication between law enforcement and dispatch.