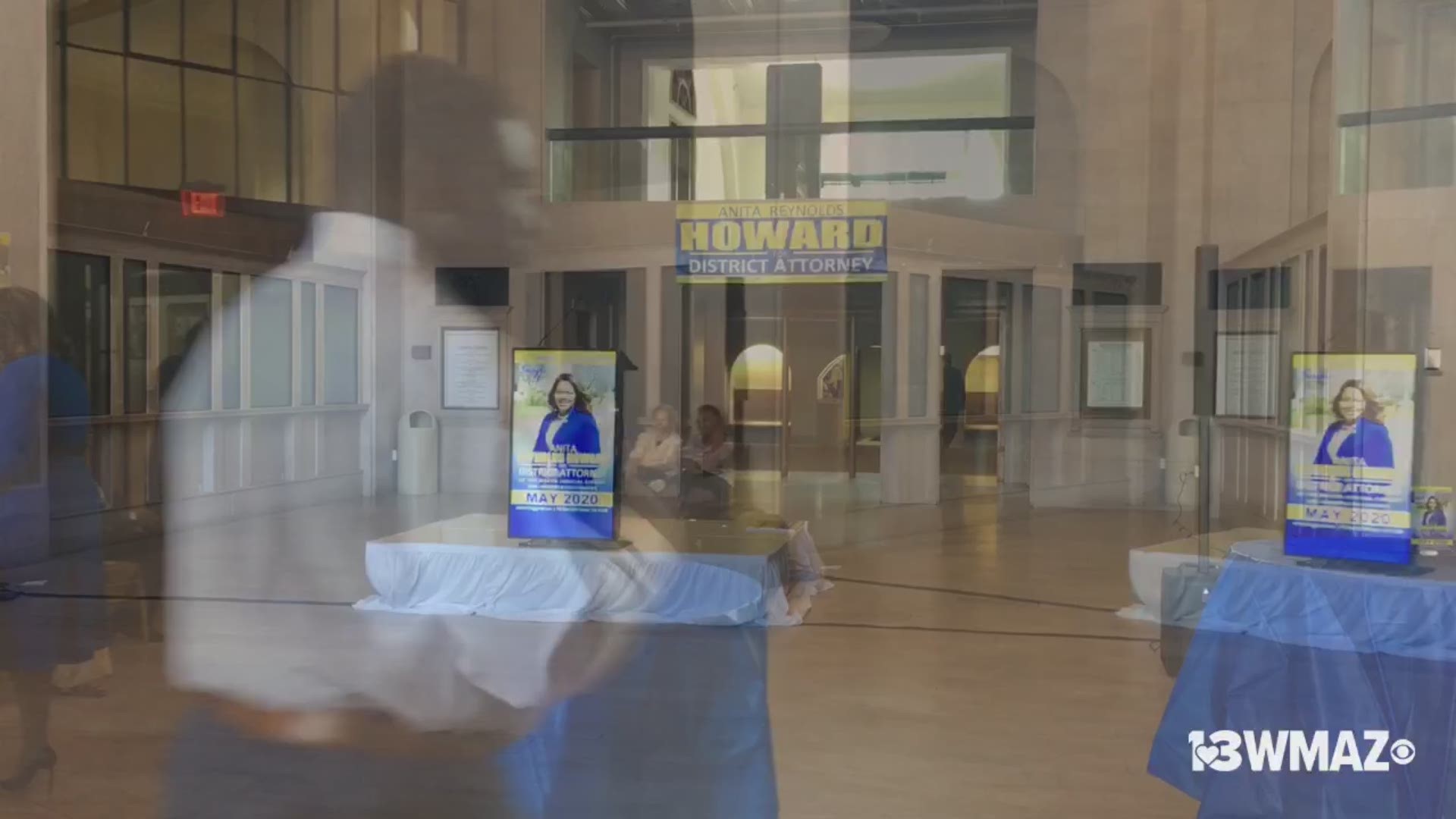 MACON, Ga. — Prosecutor Anita Reynolds Howard announced Saturday morning that she will be running for district attorney for the Macon Judicial Circuit.

Howard, who is an assistant district attorney for the Towaliga Judicial Circuit, made it official with an event at Macon's Terminal Station. She was accompanied by her husband, father, family, and friends.

Howard is a Central Georgia native and graduated from Valdosta State University with a degree in psychology, then went on to Oklahoma City University for law school.

"I, like you, want to see fairness -- a restoration in a community's faith in a broken system that has victimized way too many. We must renew the confidence of the community in the criminal justice system," Howard said in her announcement speech.

She will be running against current Macon District Attorney David Cooke. If elected, she would be the first black woman to hold the position.