Robins Air Force Base honored 68 men and women who made Robins their last duty station. 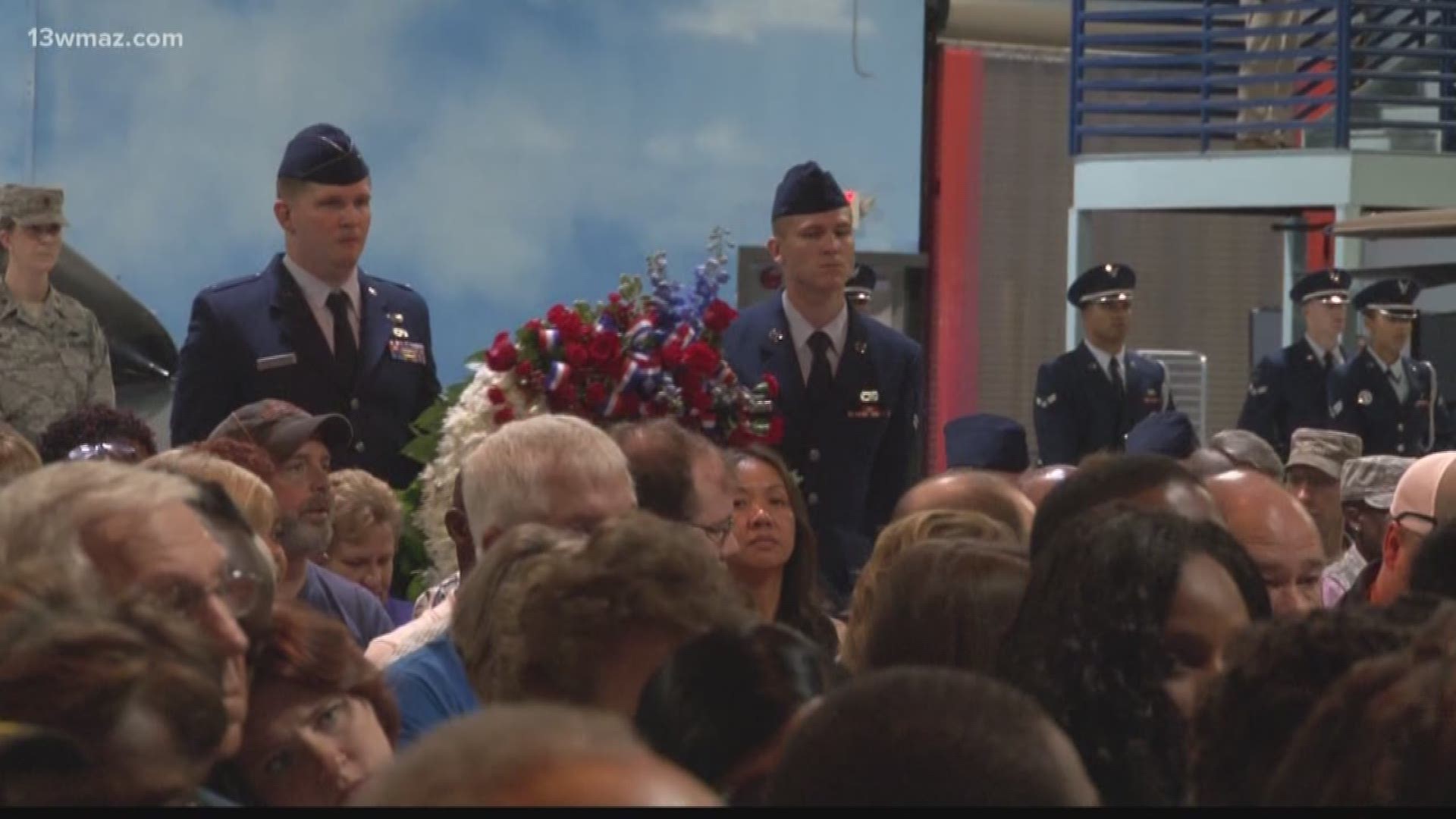 Days before Memorial Day, Robins Air Force Base is honoring those that are gone but not forgotten. Dozens of friends and family members of fallen airmen and women gathered at the Museum of Aviation to remember their loved ones.

Members of the base honored 68 brave men and women. Each sound represents an airman or woman who died in active service or passed away after an honorable retirement. The Robins Air Force Base Honor Guard rendered full military honors, laying a ceremonial wreath in memory of each loved one.

The ceremony was a moving tribute for families in attendance, like the Veal family. Pamela Veal lost her husband, Kelly Veal, in June 2015. “It was very nice to be able to be a part of this,” said Pamela Veal. “My husband was here when Desert Storm was going on, and you just feel a connection to this Air Force community.”

The base also plans to build a new Robins Airman Memorial at the Museum of Aviation. “I think it's an outstanding idea because people will have more access to the memorial,” said Houston County Commission Chairman Tommy Stalnaker.

Construction of the new museum is still in the planning stages. Chairman Tommy Stalnaker says they haven't nailed down the design. Also at this time, Stalnaker says they're still gathering estimates of what the project will cost.