Raven and Wolf Metaphysical Store has crystals like amethyst, quartz, lapis and more. 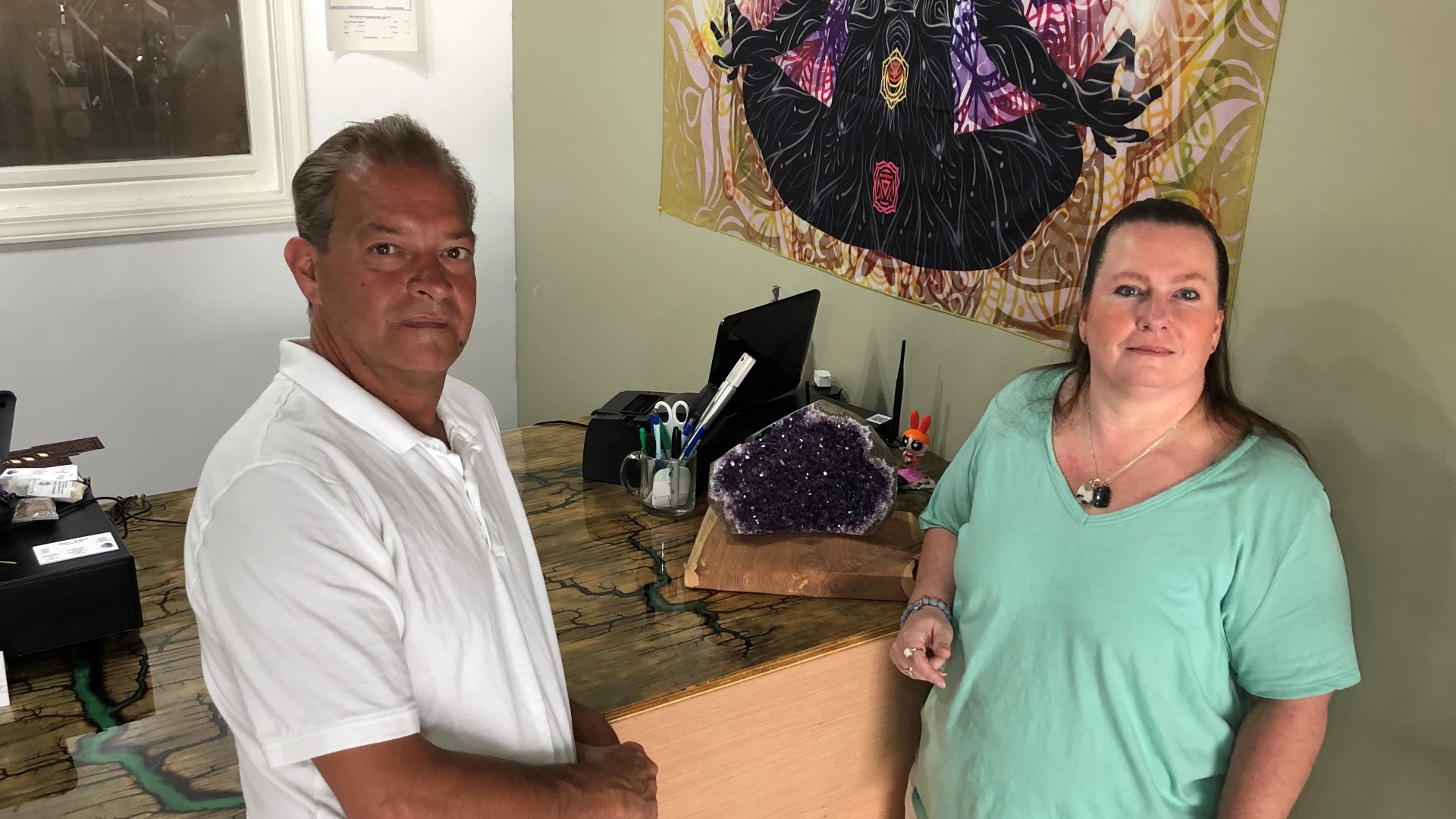 WARNER ROBINS, Ga. — Amethyst, quartz, and lapis are just some of the types of crystals people can buy at a new store in Warner Robins.

Linda and Brian Wilson are the owners of Raven and Wolf. Metaphysical stores offer crystals and minerals from around the world, jewelry, gifts and more.

“We opened on May 1 because that’s Beltane. I am Pagan,” Linda said.

She says she's been collecting crystals for around 30 years.

“We had been doing Facebook Live sales for about three years now and we had so much stock in our house, it was overrunning our house," she said.

Raven and Wolf sells incense, sage, several different kinds of herbs, other religious and spiritual items, jewelry, and even handmade wooden bowls or tables that Brian crafts himself. Linda says there are items in the store for people of different faiths.

“I do have a lot of things in my shop for meditation,” she said.

But they primarily sell crystals. Linda says each crystal has its own physical properties and people can use them for different things.

Lepidolite is one of the more popular crystals Raven and Wolf sells. Linda says people buy the Lepidolite stone to bring calmness to their emotions.

Or you can also just grab some crystals to put in your home as decoration.

Linda says she and her husband Brian are both nurses. She's been a nurse since 2000, but she’s been working in healthcare since 1991 – working as a CNA at Peach County Hospital in Fort Valley before nursing.

Brian was working at Houston Medical when he met Linda in the emergency room. He went on to become an EMT and then a paramedic before becoming a nurse in 2011.

Linda says the couple is getting close to retirement, which is why they decided to open Raven and Wolf.

“We wanted to be able to do what our life-long dream has been for years,” she said.

Linda says she has always wanted to open her own crystal shop.

“It feels amazing and I’m just hoping to be able to build business enough that I can leave nursing all together," she said.

Raven and Wolf is open from 10 a.m. to 6 p.m. Tuesday through Saturday.