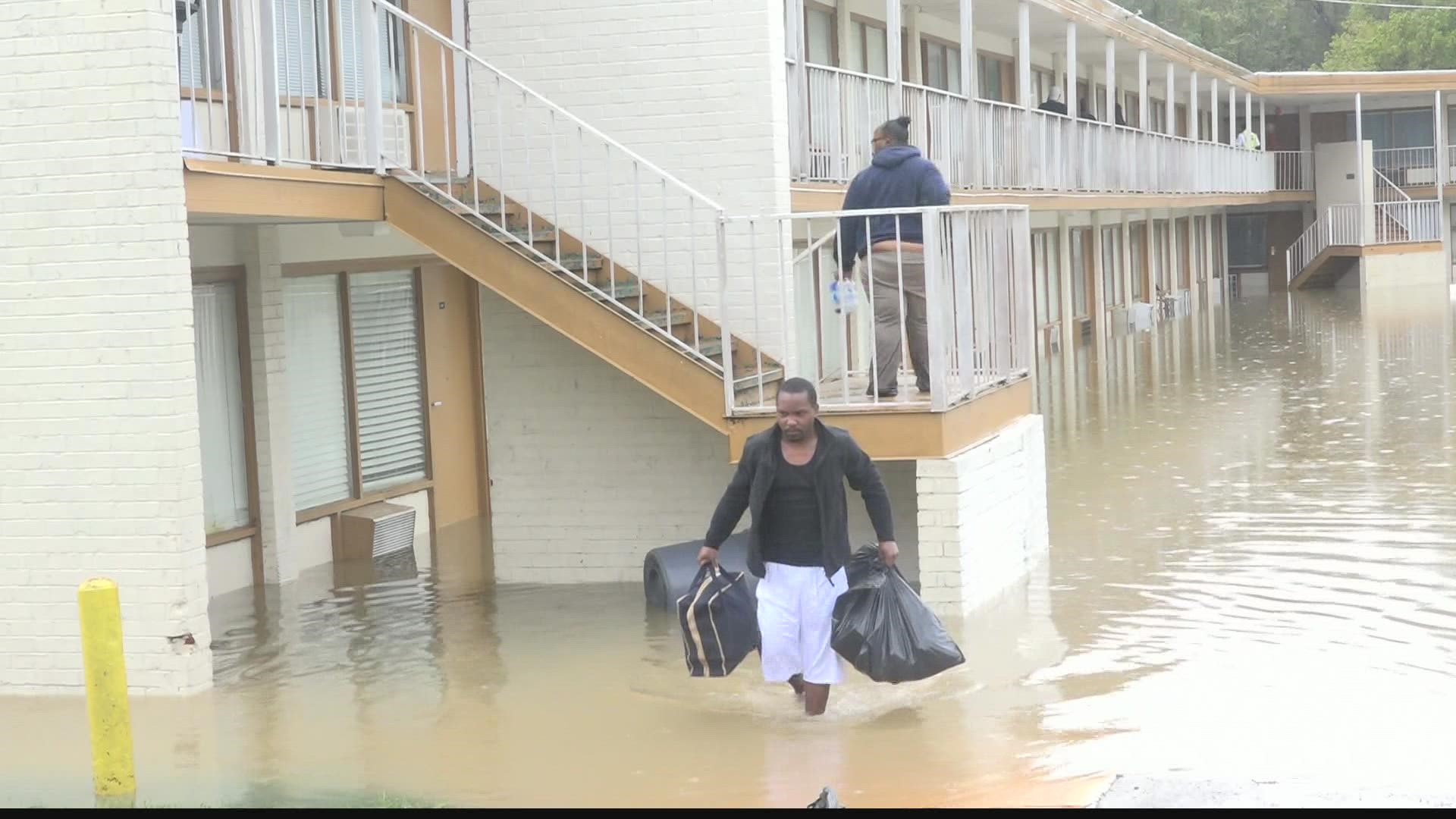 Some of those displaced are calling an American Red Cross shelter home for the next few days.

The Red Cross opened a shelter just five minutes away from the hotel at Memorial Park Recreation Center on Long Street, right off Eisenhower Parkway.

So far, about three dozen people are staying here until they get some word from the Economy Hotel.

Sitting and waiting for answers. Tracey Zimmer says that's all she and many of her neighbors can do for now.

It was just Wednesday that she was forced to evacuate along with 100 other people due to rising water at the hotel.

"Just half way up my calf," Zimmer said showing how much the water flooded in her room.

"It was a foot or maybe a little bit more," said Tony Berthelot, who is also a resident at the Economy Hotel. "Moccasins just swimming all over the place."

For Zimmer, the hotel was home for nearly the past three years.

"It's my home. It's all I have. I have nowhere else. I mean, I'm on a fixed income. It's really all I can afford," Zimmer said. "They gave us our money back for the rooms, but it takes 5 to 7 business days to go back on the card."

She says her fixed income and waiting on that money to be returned to her account are two reasons that make it harder to find a new place in her budget.

So since Wednesday, Zimmer and Berthelot call a different place home--a shelter down the road from the Economy Hotel. About three dozen other residents also moved into the shelter.

Alex Balkum with the American Red Cross says they have cots set up and are feeding these people three meals a day.

"We're doing some case work already so we can see if we can find them a permanent solution to their home needs," Balkum said.

But Balkum says they will have to close the shelter Sunday night.

"I'm worried I'm fixing to be homeless," Zimmer said. "This is closing Sunday, so what's going to happen?"

Balkum says they're trying to move as many people over to the Salvation Army as possible before Sunday night.

Balkum says it's too soon to say if the Red Cross will open another shelter for those affected by the flooding at the hotel.

Macon-Bibb County says that shelter is temporary and only for people displaced from that hotel.

If flooding forced you out of your home, you should contact the American Red Cross.