On February 25, 1961, 15 teenagers boarded a Macon bus, sat in the front, and refused to move. Their actions spurred the bus boycott a year later. 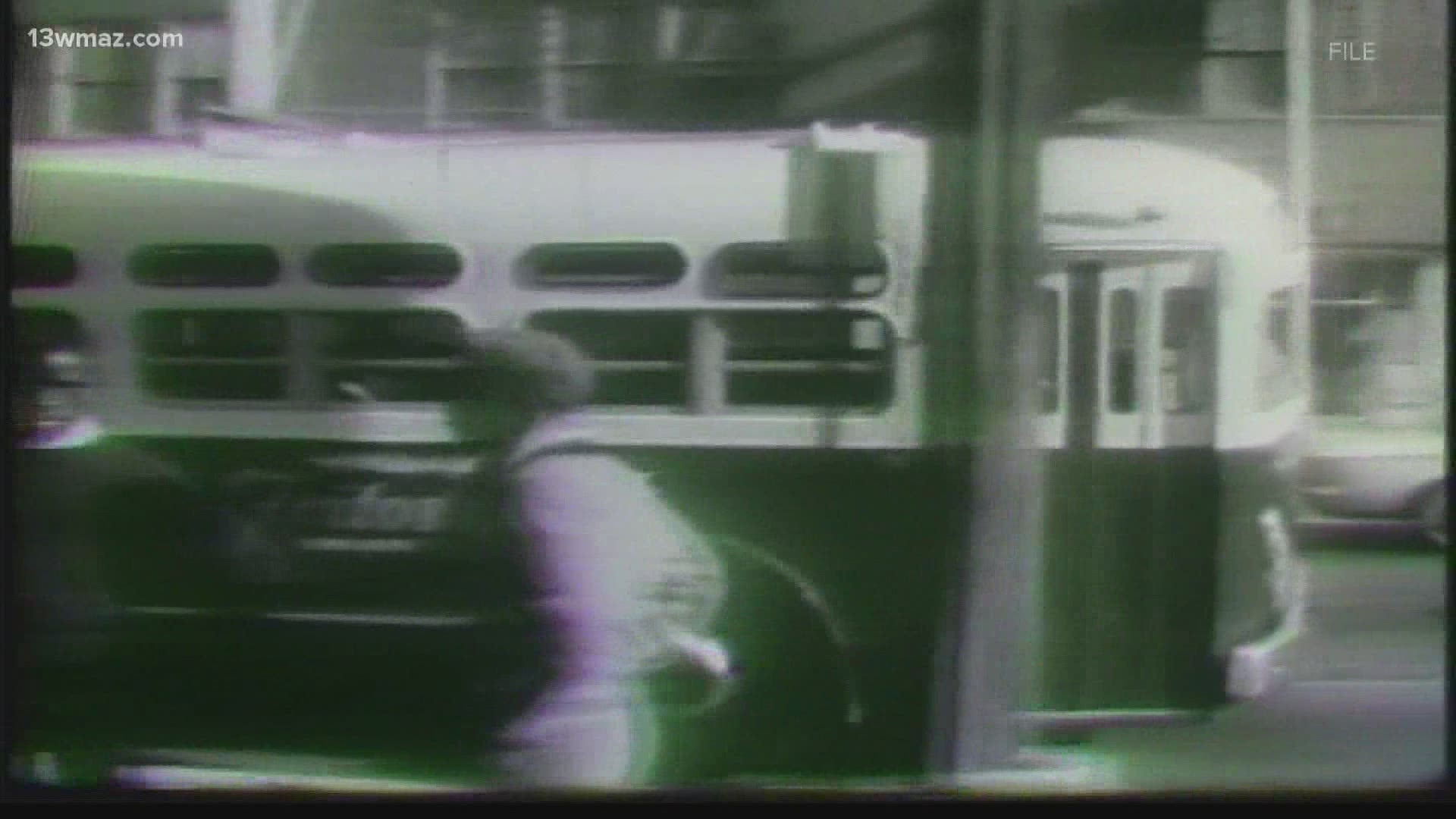 On Feb. 25, 1961, 15 Black Macon teens took a seat in the front of a bus during a time rife with segregation and refused to move.

Sixty years later, the city is remembering the moment that became a catalyst for the fight for equality in Bibb County.

“I watched what was happening in Montgomery, and nothing was happening in Macon, so I went to my father and said, 'We have to do something,'” said Judge William Randall. “He finally said, 'If you can get the kids to do it, we'll do it.'"

Randall was 17 at the time and became the organizer of the first major resistance of segregation on Macon’s city buses.

“There were about 300 kids who were members of the NAACP, but I could only get 15, and most of those were my relatives,” he said.

From there, they made a plan and had five teams of three people.

“We went to different bus stops around Macon, we got on, and we sat down and refused to move,” Randall said.

Their actions ended with all 15 teens locked up in the Bibb County jail.

“They told us that if we do get arrested that there would be someone to bail us out, so we weren't afraid that we were going to stay in jail,” said participant Shirley Randall Irvin, also Randall's cousin.

A year later, William and Shirley Randall went off to college, but their stand for integration inspired others to act.

In Feb. 1962, a group of Macon ministers followed in their footsteps. They boarded a bus, sat in the front, and refused to move. Their arrests spurred the Macon Bus Boycott.

“My father tried to negotiate a settlement with Bibb Transit Company, which at that time was a private carrier, and he was negotiating with the bus company's lawyer, Mr. Miller, and they had certain conversations to no end, so finally, on a Saturday, my father called Mr. Miller and told him that we really need to talk and resolve this thing,” Randall said. “Mr. Miller told him that he was a Christian, and he goes to church on Sunday. My father told him, 'I'm a Christian and I go to church on Sunday, but if nothing is done between now and Monday, we're going to boycott the buses,' and Mr. Miller said 'Let it rip.'”

Black Maconites created carpools during the weeks they weren’t riding the bus.

“Nobody had to worry about getting to work or going to where they needed to go,” Randall said.

Boycotters said Macon police would often ticket cars that were part of the carpool. Randall remembers it becoming violent once.

“We lived at the end of the street and the house was a duplex up the street that my father owned...and whoever shot over 300 rounds up the street from us, thinking that's where we were living, but that was a rental property," Randall said. "And after that, guys came from all over the city with guns and everything to protect them."

Finally, the boycotters' demands were met.

“They integrated the buses and hired a couple of bus drivers,” Randall said. “Our request was that the seating be open. No black, no white seats. You sit where you want, and we asked that there be some black drivers hired to drive buses.”

Randall says he went on to participate in the 1963 March on Washington and the Selma to Montgomery March two years later.

He came back to Macon, serving 24 years as a Georgia state representative. That was followed by another 20 years serving as the Chief Magistrate in Bibb County before he retired in 2019.