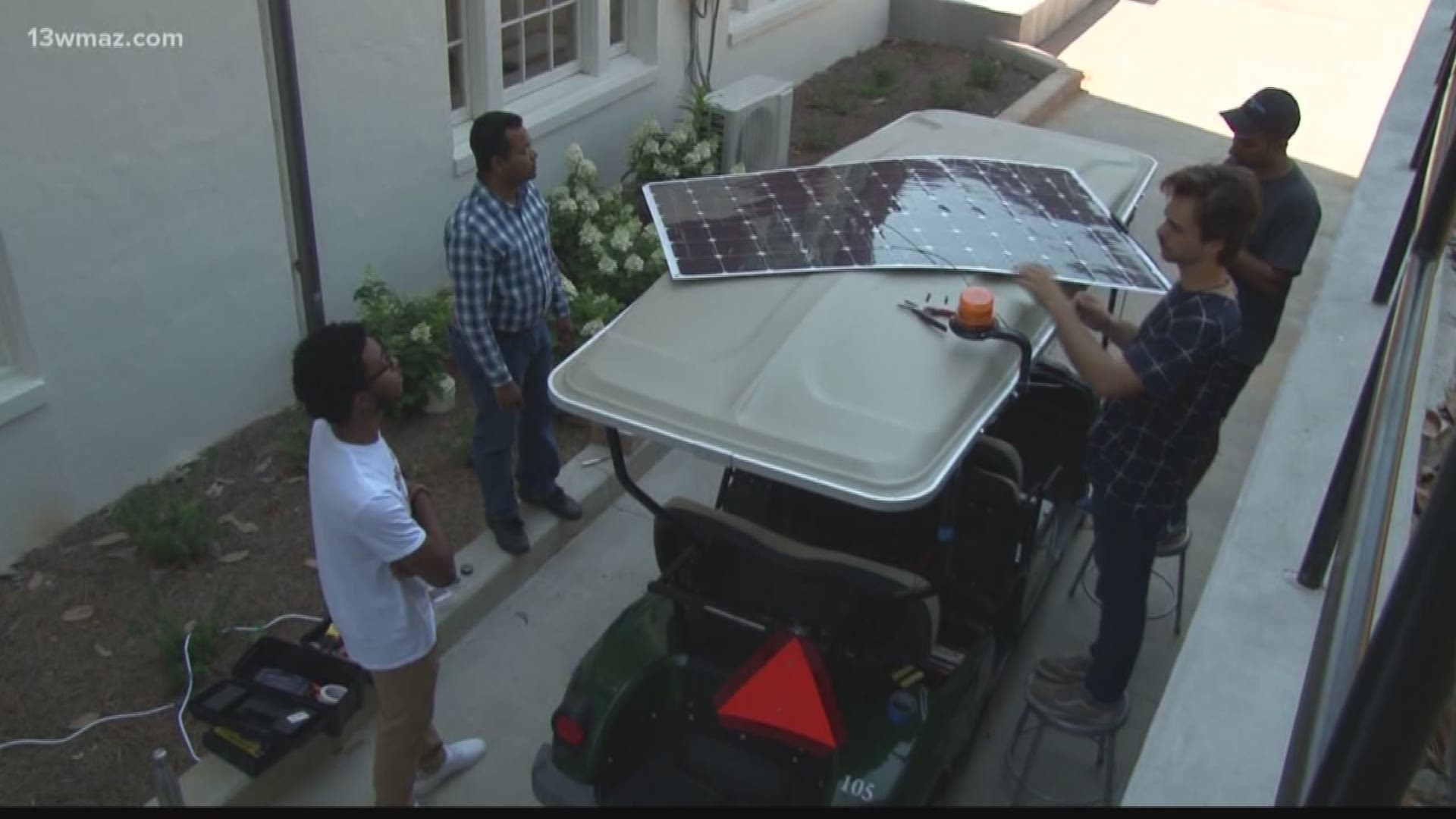 Georgia College and State University is going green thanks to a group of research students.

With their research grant from the MURACE program, physics students at the college are spending their summer researching and creating four solar-powered golf carts to use around campus.

The goal is for their new solar powered golf carts to go faster and last longer than the other two the college already has.

Senior physics major Nick Palmer says this is just the first step in the bigger picture of saving the planet.

"It’s a very easy and approachable way to reduce an institution’s greenhouse gas emission just by attaching these panels now. It’s as simple as, honestly, putting on a sticker and then connecting some wires," said Palmer.

With these new panels, the team hopes to develop their research to see how much greenhouse gas they are saving when they are charging the solar panels.

Based on the way golf carts are used around campus, the driver can get almost five hours of use out of the solar powered carts.

The research group says that their next step is to install a solar charging station on campus which would be able to charge one or two carts in a relatively short amount of time.

They also hope to take the new carts around campus to teach people about the benefits of solar energy and to spread the word about Georgia College’s sustainability efforts.