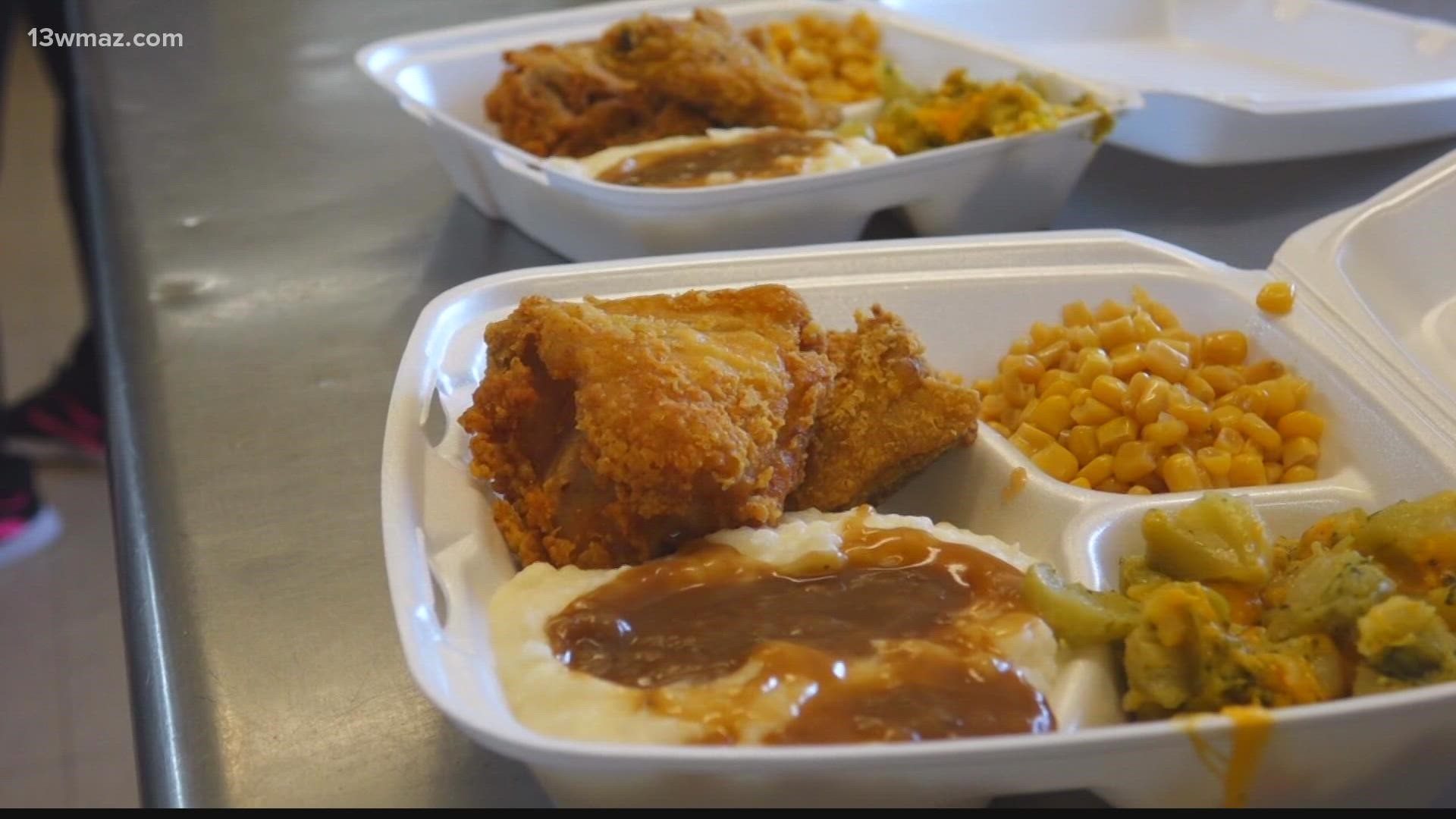 ALLENTOWN, Ga. — For the next few weeks, we're hitting the road visiting some Central Georgia small towns looking to eat! Some of the towns don't have a lot of options, and that's where gas stations fill the void.

If you're headed down I-16, stop in Allentown -- Ms. Anne will have a hot meal ready and waiting for you seven days a week!

Owner Annie M. Jackson and her husband Arthur opened A&A in 1987, where they set up shop on the corner for over nine years. They moved to the property down the road, but a fire destroyed the building in 2009.

While selling right off the interstate again, they rebuilt A&A and moved back into the new building in 2010.

The building is located in Allentown, which is part of Bleckley, Laurens, Twiggs, and Wilkinson counties. It's at the four-way stop where all four counties meet each other.

"We don't have a set menu, surprises are good sometimes," she said.

Jackson says her husband Arthur passed away in 2013, but she's kept the store going. She shows up to work seven days a week to help cook, peel potatoes and run the store.

She says she's blessed because her family has loved and supported her through the process.

"All of the kids at different times have worked with us. Most everybody we've used has been family," said Jackson.

Her customers keep her going and her staff says she does the same for them.

"We know their names, we know their children," said Jackson. "We kind of know most everybody... like homefolks."

Things have changed over the years and at times it was tough to stay open.

"Life in general has changed. I used to could save every $50 and $100 bill that came through, but I can't anymore," she said.

They had to offer carry-out only for a while during the pandemic, but overall they were able to stay open.

The busiest time of year is over the summer when travelers are going down I-16, but her regulars are the ones who show up year-round.

She even had a surprise guest show up one day, and his name is well known to Georgia fans -- Jake Fromm. The former UGA QB dropped in during hunting season in 2019.

Not only is the store the best place to eat around Allentown, according to customers, but it's one of the only places to eat in Wilkinson County.

Rebecca Squires works at the hospital in Bleckley County, but when she's off, she's helping her Aunt Anne at the store about three to four days a week.

"I love her so much, she's like a grandma," said Squires.

Jackson says from the store opens at 5 a.m., breakfast is done around 6 a.m., and they are open until 7 p.m. from Monday to Saturday. On Sundays, they offer their biggest buffet and are open from 6 a.m. to 3 p.m.