After moving from Pennsylvania, Abby Mixon's parents opened the store in Feb. 1991. She grew up in Ivey, helping her parents run the store. 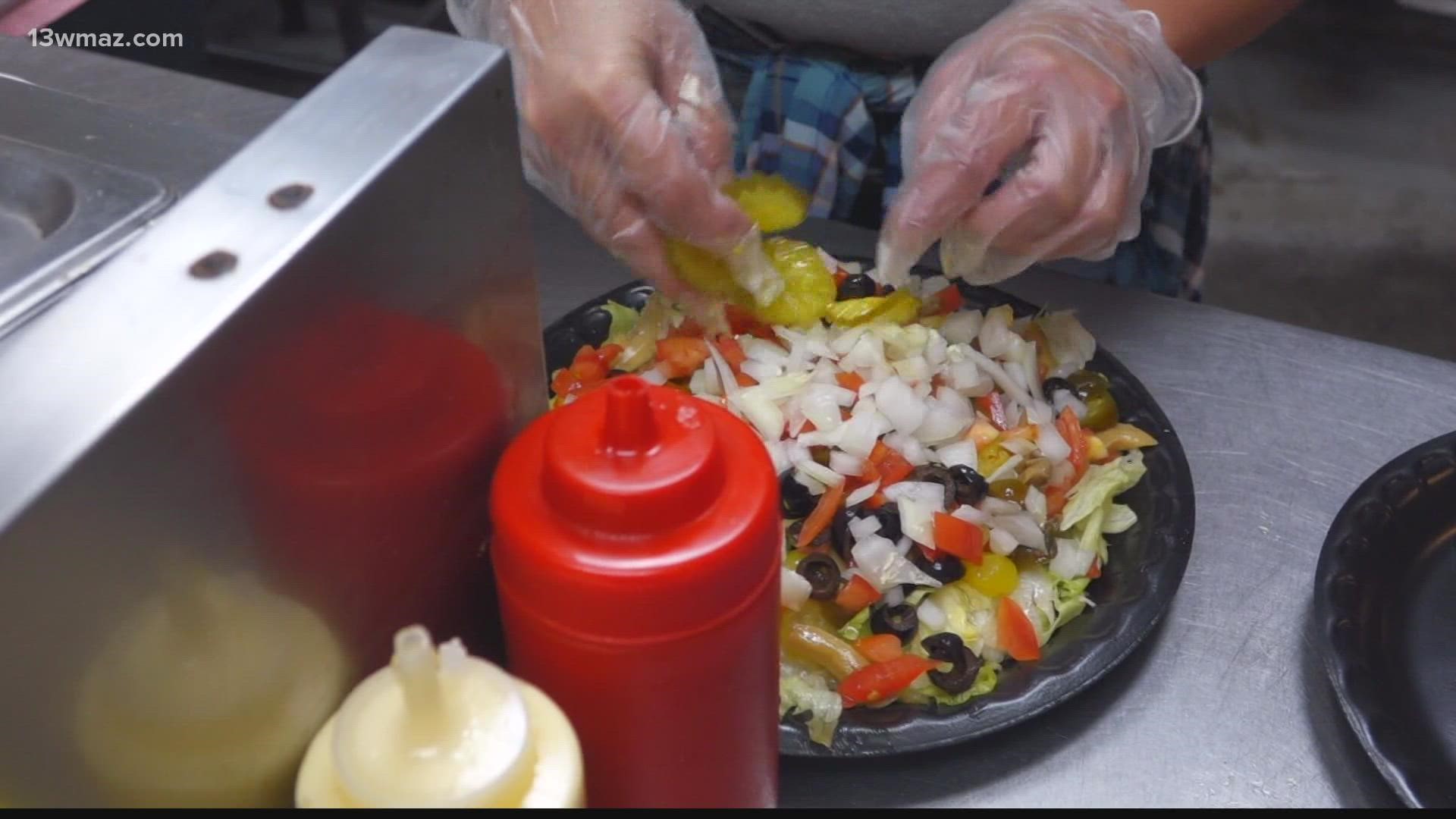 IVEY, Ga. — For the next few weeks, we're hitting the road visiting some Central Georgia small towns looking to eat! Some of the towns don't have a lot of options, and that's where gas stations fill the void.

Don't blink, or you might just miss this next one... the Ivey General Store in the small town of Ivey in Wilkinson County can be found right off Fall Line Freeway.

The small convenience store will be just your speed if you like pool, people, and popular American dishes.

After moving from Pennsylvania, Abby Mixon's parents opened the store in Feb. 1991. She grew up in Ivey, helping her parents run the store. This year, they celebrated 30 years in business.

Over the years, the store grew with Mixon and her brother. A kitchen was added, and soon a game room would be too. The game room is now a bar with several pool tables, where APA teams battle it out at night.

You'll find everything you need from bait and tackle supplies, bread and milk, groceries, and more in the small town store.

"We share the same zip code with Gordon, we're that small," said Mixon.

She says they've had a good following since the beginning.

"It's just been growing and growing," she said.

Mixon remembers store regulars from when she was young and would run around the store while her parents worked.

"A lot of them have passed away now, but we still honor them because they were such a huge part of the day-to-day," she said.

They honor them with a wall of photos; she calls it the "coffee club." The employees have been a big reason the business has stayed afloat all these years.

"We have a good group of people, and we have our group of girls who have been with us for a while," she said. "We couldn't do it without them, we really couldn't. They're incredible."

Mixon says she hopes to keep the business in the family, since she's taken over a lot of the responsibilities from her father.

"I have three kids and I bring my daughter to work with me," she said.

Cook Wanda Etheridge has worked at the store on-and-off since 1994.

"It's a good family environment," she said. "I love the people I work with."

Jennifer Barron is a single mom who played softball with Mixon in school. Barron says she started working at the store eight months ago, and it's been incredible.

"It is tight-knit around here," she said. "[The Ivey General] is kind of like home."

She says it's convenient to have a small store you can get groceries, food and gas in a small town.

Donnie Brooks has also been coming in since there's been a store.

"When you live 20 miles to Macon and almost 20 to a store in Milledgeville... it's very convenient for us," he said.

Brooks is a part of the "coffee club" that visits in the morning. He says he only has one wish for the Ivey General Store.