On our stop at the Knoxville Store, we encountered good business, good food, and good company. 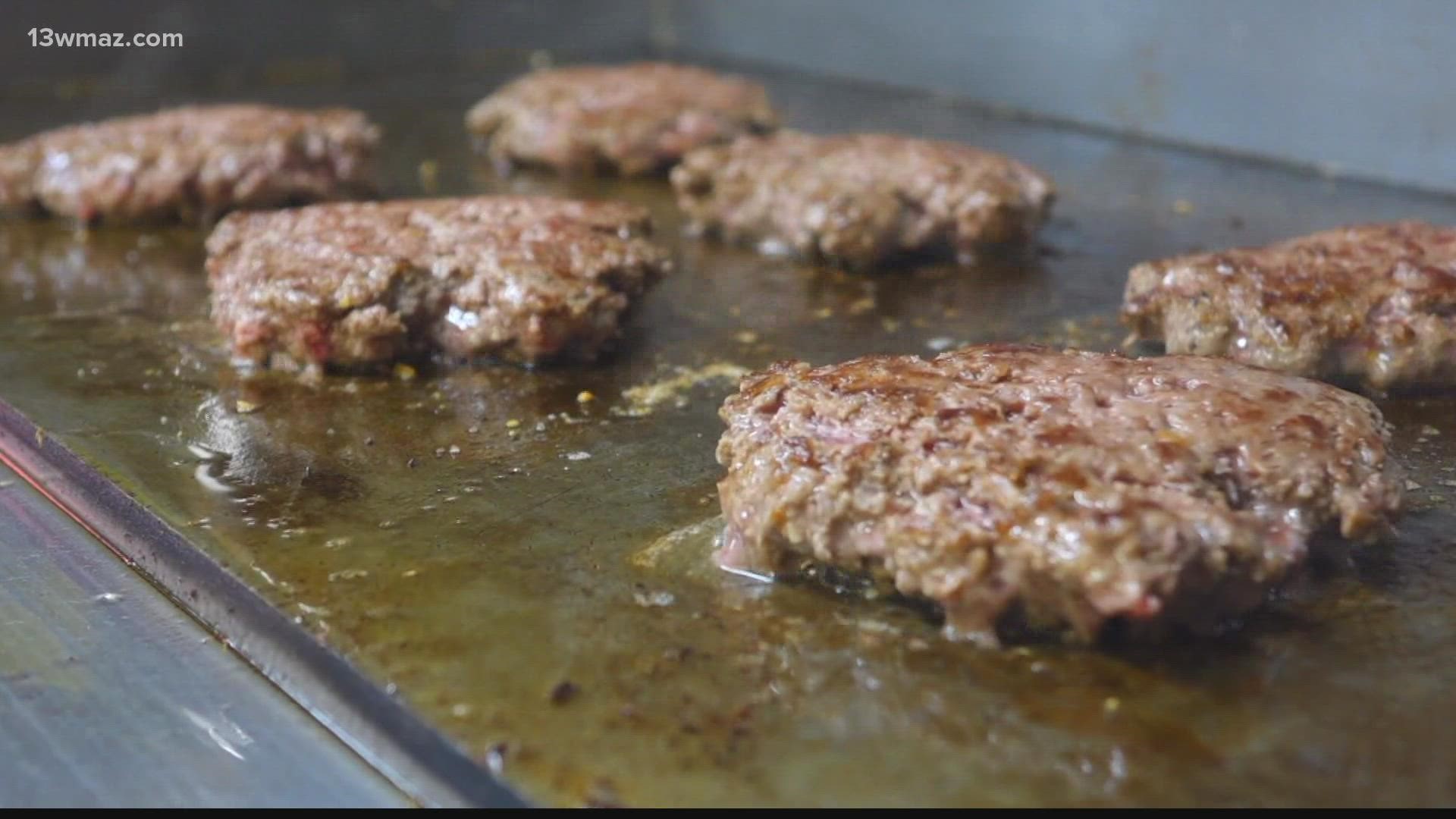 KNOXVILLE, Ga. — For the next four weeks, we're hitting the road visiting some Central Georgia small towns looking to eat! Some of the towns don't have a lot of options, and that's where gas stations fill the void.

This Central Georgia gas station offers more than your typical convenience store, they've got some good cookin' too! The Knoxville Store in Crawford County is run by Jessica Pyles and her father.

Pyles was born and raised in Knoxville and says when her dad decided to build a store, she was on-board to help him get the place up and running.

"It's just taken off since then," she said.

When they started out, they only had two griddles and a stove, and were making about 20 biscuits a day.

Sixteen years later, it's now one of the most popular breakfast joints around.

"We never anticipated the food to grow into what it has today, but we're really grateful that it has," said Pyles.

They don't only serve breakfast, they do lunch too. They cook to order, or you can grab-and-go breakfast burritos, pizza, and cheeseburgers.

The store has changed over the years as business was booming.

"Every year we're doing something to improve and put something back into the business," Pyles said. "It's growing, and we're really grateful for our customers, the ones who have supported us since the beginning. We wouldn't be here without them."

Jennifer Smith and Sylvia Preston have been working there for over 10 years.

Smith says it's convenient and fun working close to home, and she's stayed so long because of the people.

"I live right down the road, my child goes to this school down here," Smith said. "I love Knoxville, I love the community, the customers, all of them, everyday."

Preston says working at the store has allowed her to be closer to home as well, and to make new friends.

"I like the atmosphere," she said. "You meet a lot of different people working in a convenience store."

Ryan Paschal has been a loyal customer since day one. In fact, his company, Prime Constructions Resources, took part in the store's groundbreaking.

"My whole company runs out of this store, we eat here, we get fuel here... this is our morning commute," he said.

He says he's been in the two-traffic light town for over 25 years, and the Knoxville Store is THE place to be.

"It's a small knit community, so everybody knows everybody, we get along, and they have great food... they're good hometown people," Paschal said.

The store "never stops," according to the staff, who arrive at 4 a.m. and close shop at 10 p.m. daily. Even at the height of the pandemic, they kept going.

"Our community relied on us to stay open; have gas and food for them," said Pyles.

RELATED: 'We have a lot to offer': Crawford County after-school program expands to serve more kids