You ever heard of Thompson's in Toomsboro? If not, they've got your grub needs covered

One family in Toomsboro is making sure people have what they need without driving 25 miles out of the way. 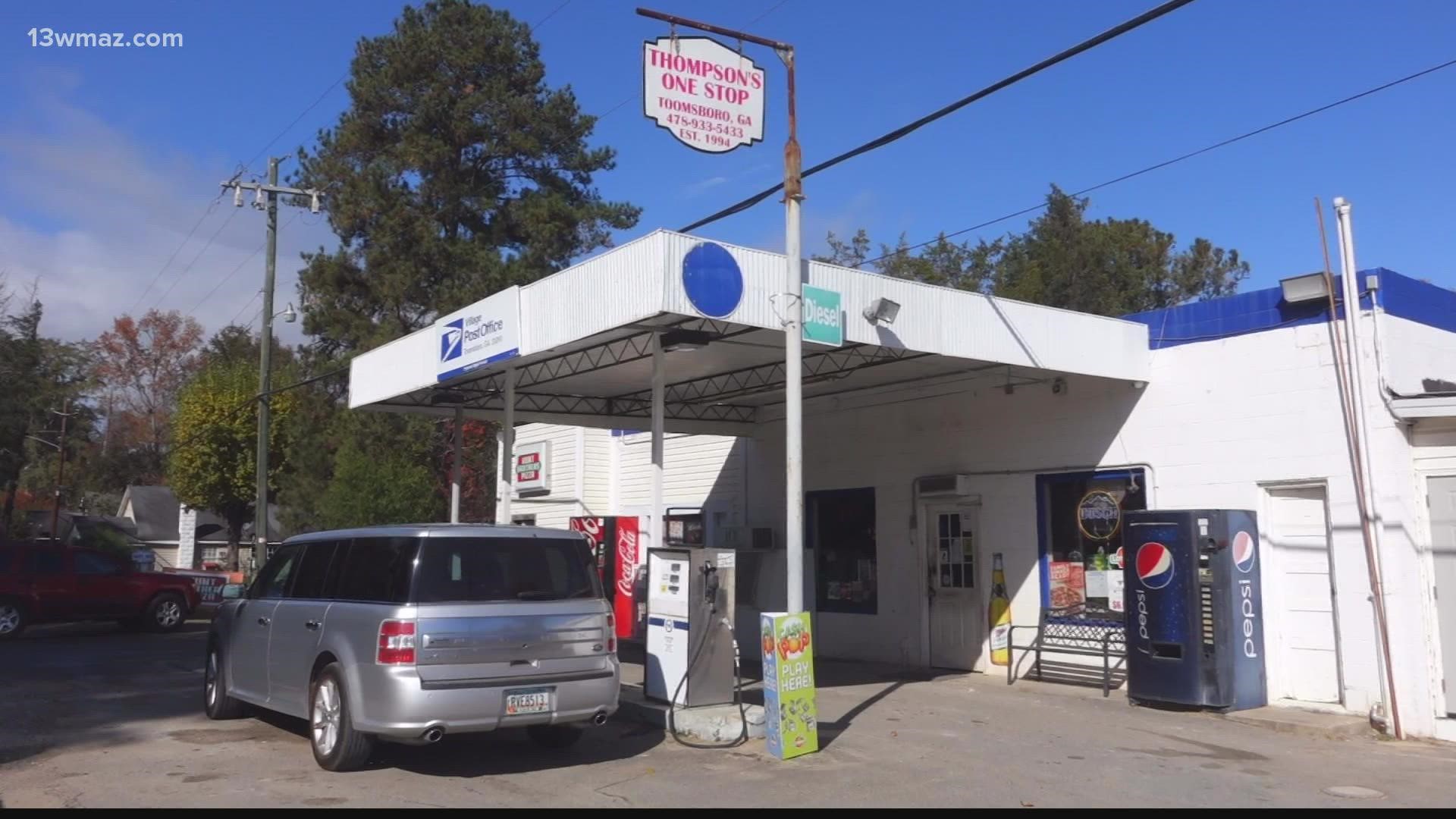 TOOMSBORO, Ga. — We're hitting the road visiting some Central Georgia small towns looking to eat! Some of the towns don't have a lot of options, and that's where gas stations fill the void.

Down in Wilkinson County stands a building that's about 70-years-old, maybe even a little older. In this building is a store and in that store is a family.

Thompson's One Stop has been a family business since the beginning. Current owner Deena Thompson took it over in 1995 when she was in her 20s.

And she did... she's turned the store into the success it is today with help from her two sons, husband, and a few more family members.

Before it was hers, her father-in-law ran it for 33 years. It changed hands a bit before she bought it, but she's done her best to keep it in the family for the last 26 years.

"He made it for 33 years there, so we decided we would try it, and we did and we just kind of evolved, and it's just kind of been a good thing... we've done good," she said.

When you come through the small town of Toomsboro, you have to stop at the One Stop. There you can find the 'best hamburgers around,' pizza, wings, salads, chicken, or homemade sweets.

Thompson's oldest son, Tyler, helps run the convenience store and has been running around the joint since he was just 8-months-old. Customers come in and out, and some regulars visit three or four times a day!

They deliver food to the chalk mines, courthouse and to wrecker services around the area. They deliver to Gordon, McIntyre and Irwinton pretty regularly, too.

Diane Feagle has been coming to the store since she was a child, and she was raised right down the road from Thompson.

During the height of the pandemic, Feagle and her family got COVID-19, but that didn't stop them from finding a way to eat at Thompson's.

"We called down to the store... they'd set it outside," she said. "That's the kind of stuff they do."

"Our store never missed a beat... it never let up," said 15-year employee, Carrie Habgood. "We never stopped... we worked every single day... people depend on us."

You can find Thompson's One Stop at 200 Irwinton Road. Thompson and her family also own Thompson's Cove a little ways down the road from the One Stop.