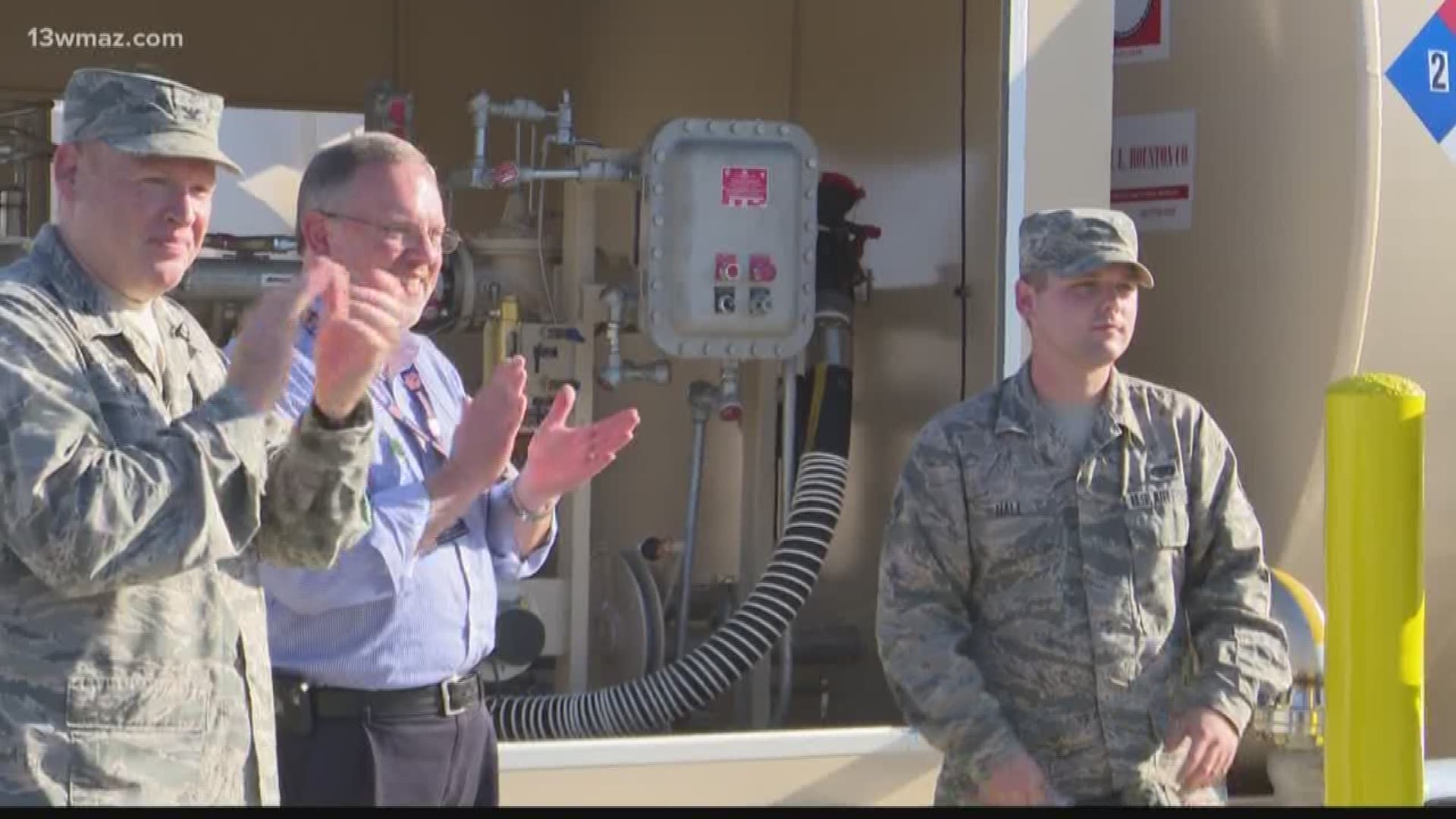 With just one snip, a pair of scissors unveiled a new piece of Global Hawk-related equipment at Robins Air Force Base Monday.

The ribbon-cutting ceremony capped 18 months of construction on a new fuel tank.

Colonel Earl Layne, commander of the 78th Mission Support Group, called it "yet another sign of team Robins' process improvements."

"This particular fuel has additives in it," said Coley. "So it doesn't freeze when it gets higher."

The first global hawk touched down for work at Robins in May 2017, and Coley said the fuel tank expands Robins' ability to work on the drones if they start coming more frequently.

"They've been coming in one every four months or so, and I don't know as far as what the uptick is going to be on that, but we definitely have the capability to support more," Coley said.

"This tank represents a support of the Global Hawk mission and sets us up for success now and into the future," said Layne.

"Up until this point we've been having to refuel the Global Hawk with this one tank truck, and if this truck were to go down we'd have to receive another truck from Jacksonville," said Coley.

The tank solved an old problem and according to Layne, opened doors to new opportunity.

"It's another win for not only team Robins but for the middle Georgia community as a whole," said Layne.

Robins first started working on Global Hawks in May of 2017 and in February of 2018, Brigadier General John Kubinec said work on the drones will continue at Robins for the foreseeable future.

The drone has a wingspan of more than 130 feet and can fly for more than 30 hours at a time.

Correction: The video in the story cites the start of construction on the Global Hawks in June 2017, but it started near the end of May 2017.