The group performed more than 1,600 military funerals across the state last year. 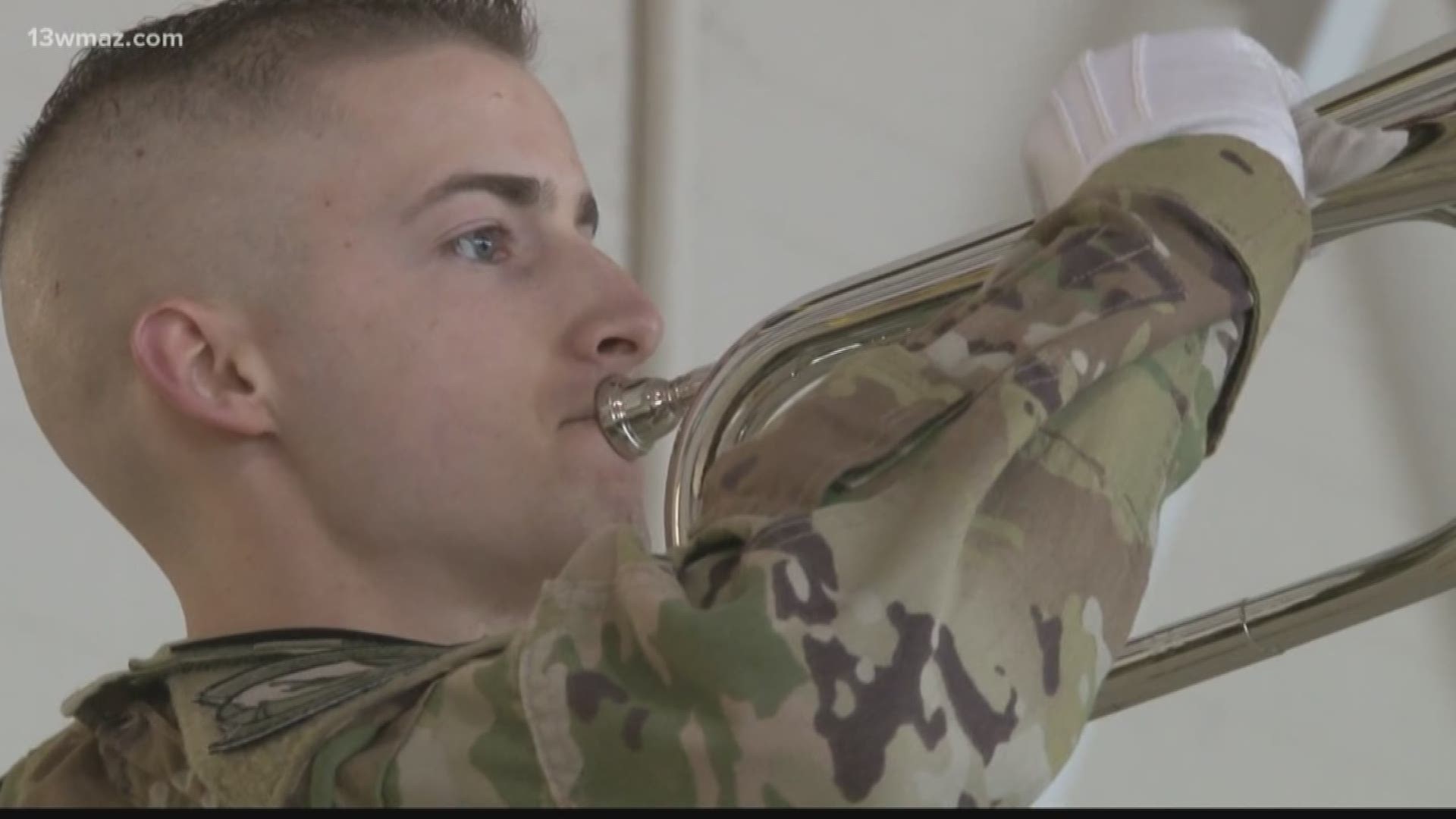 WARNER ROBINS, Ga. — In military funerals, you'll often find a group known as the Honor Guard escorting the service member or veteran to his or her final resting place.

It's a job the Honor Guard at Robins Air Force Base does with great pride and precision.

"I just wanted to pay back, pay back to the people who served before me," said A1C Devon Perkins.

Master Sergeant Mark Reed is in charge of the unit at Robins and says the 22 members serve six-month assignments before returning to their other jobs within the Air Force.

"It was a lot of hours in the first two weeks of our training, learning all the movements, the drill, the carry, the flag folds," said Perkins.

"Push-ups all day, squats, wall squats, carrying the casket," he said. "We do have weights to simulate the weight, and we have to carry it."

A1C Marquis Fludd also serves on the Honor Guard and says all the hard work and practice pays off.

"Outside of training, you can't make mistakes," Fludd said.

He says that includes maintaining military composure at all times, which can be one of the most difficult parts of the job.

"It is emotional, but a big part of what we do is maintain military bearing, because it shows that we're both professional, and it sets the mood for the ceremonies," he said.

Reed says the group rarely has much time between ceremonies.

They performed more than 1,600 military funerals last year within a 70,000 square mile area.

While funerals make up a majority of their schedule, Reed says the group also performs other ceremonies around the base and Central Georgia. He says they even got to present the colors at an Atlanta Falcons game last year.

It's a lot of hard work and long hours, but Perkins says it's an assignment she will never forget.

"Knowing that we made an impression, it makes it worth it," she said.