They also say the base's hiring initiative, '1,200 in 12' looks like it will finish ahead of schedule. 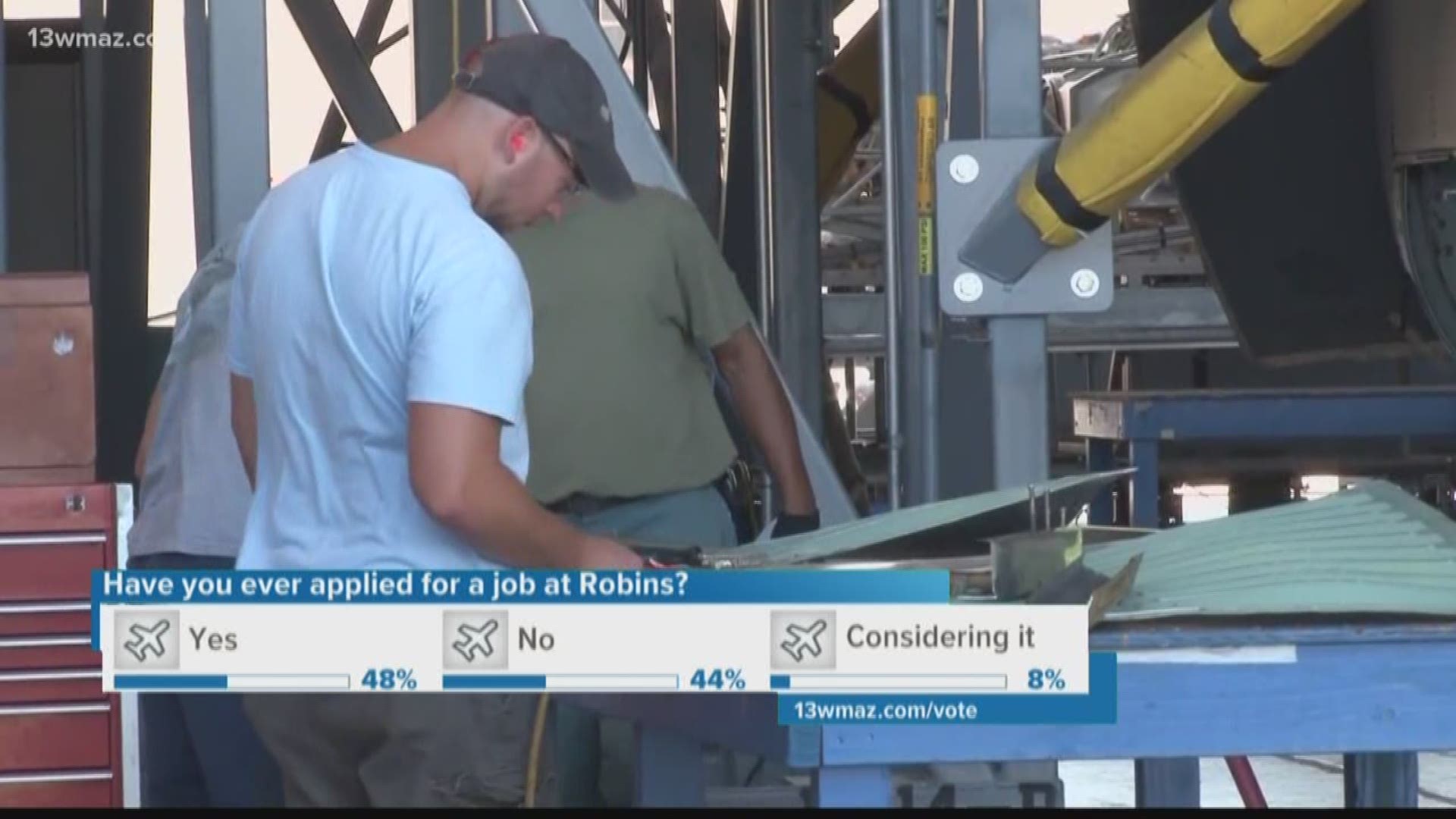 Colonel Lyle Drew, Commander of the 78th Air Base Wing, said the news wasn't the only good news. Robins' economic impact has grown.

"Over the past year, the economy has grown $273 million to take us to $3.15 billion of economic impact to Middle Georgia," he said.

One question about the future came when the panel moderator asked Colonel Ato Crumbly, the commander of the JSTARS national guard program, if any jobs will be lost when and if the JSTARS are phased out in the next 10-to-20 years.

"The answer is, we'll see," he told the crowd, "But our congressional delegations are working hard to ensure that there will be no changes in the number of people who are employed by the Georgia Air National Guard, especially here at Robins."

Speaking after the main event, he put it more bluntly.

"People are people. They want to know if 'I can buy a car, if I can buy a house, am I still going to have this job 5 years from now,' and the answer is yes," he said. "We've gone through transitions 7 times in the Georgia Air National Guard and we've never lost a job. Our congressional...delegations have always come through for us and we don't see that changing in the near future."

Robins Air Force Base leaders faced the public on Tuesday at the annual state of the base event.

Last August, the base unveiled an ambitious plan to hire 1,200 new employees in 12 months. On Tuesday, leaders gave an inside look at how well that program is working

Base leaders like General John Kubinec and Colonel Lyle Drew addressed the crowd of federal, state, and local and local officials, and briefed them on a number of topics. Similar to last year, the focus was on hiring. Kubinec told the crowd when he unveiled the 1,200 in 12 plan, some folks said it couldn’t be done, but now they’re in a very different place.

"By way of an update for numbers as we’re going on our goal of 1200 people, we so far have onboarded 886 new employees since we kicked off this new campaign," he said.

"More are in the works, so we’ve already identified those folks we’re just waiting to onboard them. That will bring us to a little over 1,100, and then we’re going to finish that out by the end of May and we’ll hit our 1,200 mark."

Kubinec explained that the 276 more he was talking about have officially been hired.