'These are heroes': Warner Robins business celebrates Robins Air Force Base with mural

Tidal Wave Auto Spa is using art to honor the men and women who have served in the United States Armed Forces for centuries. 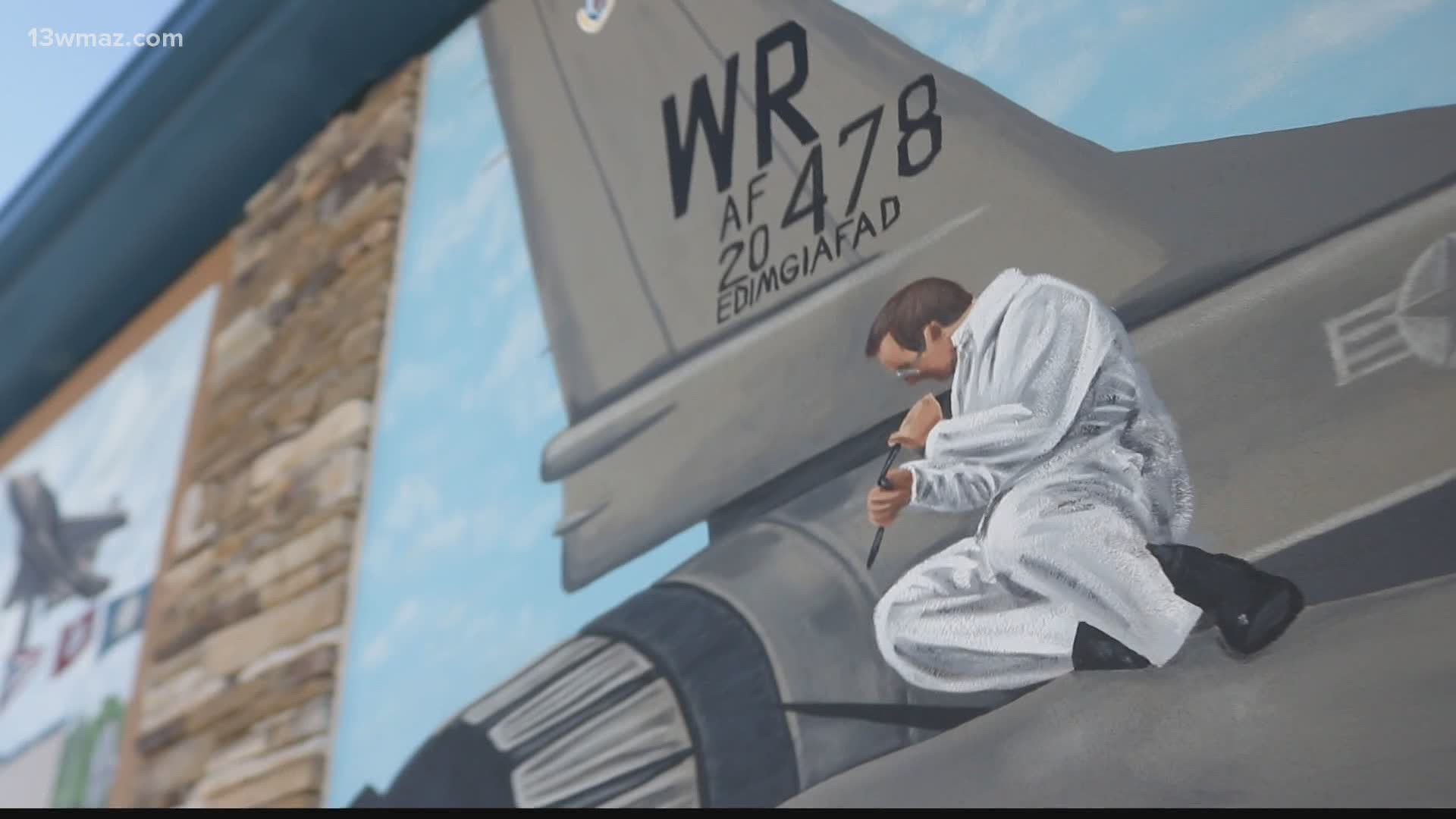 WARNER ROBINS, Ga. — As always, 'Every Day in Middle Georgia is Armed Forces Appreciation Day' and that is especially true for Tidal Wave Auto Spa in Warner Robins.

The car wash business has spent the past year planning a large, multi-panel mural dedicated to Robins Air Force Base and the history of American aviation.

"It's so vast in its expanse of history and it's really complex," Johnson said. "All of the individual panels work together to create this unified composition... It really adds a lot to that space and the history of Robins Air Force Base."

The 11-panel mural features depictions of historical feats and figures in aviation, including the Wright Brothers, Amelia Earhart and the Tuskegee Airmen.

For Tidal Wave site leader Alex Bryant, it was especially important to celebrate the accomplishments and sacrifices made by members of the Armed Forces.

"If we didn't have those men and women who chose to either fully give their lives or just dedicate their lives to that service, then we wouldn't be where we are today," Bryant said.

Bryant says that customers frequently stop to snap pictures and view the mural.

"People see themselves in the mural," he said. "It's interesting that it's just images and colors and lines put together, but it really does show that art has really powerful meaning."

To see the mural up close, stop by Tidal Wave Auto Spa at 2707 Watson Boulevard in Warner Robins.

RELATED: College counselors offer advice to the Class of 2021

RELATED: Macon man tests positive for COVID-19 months after first round with the virus