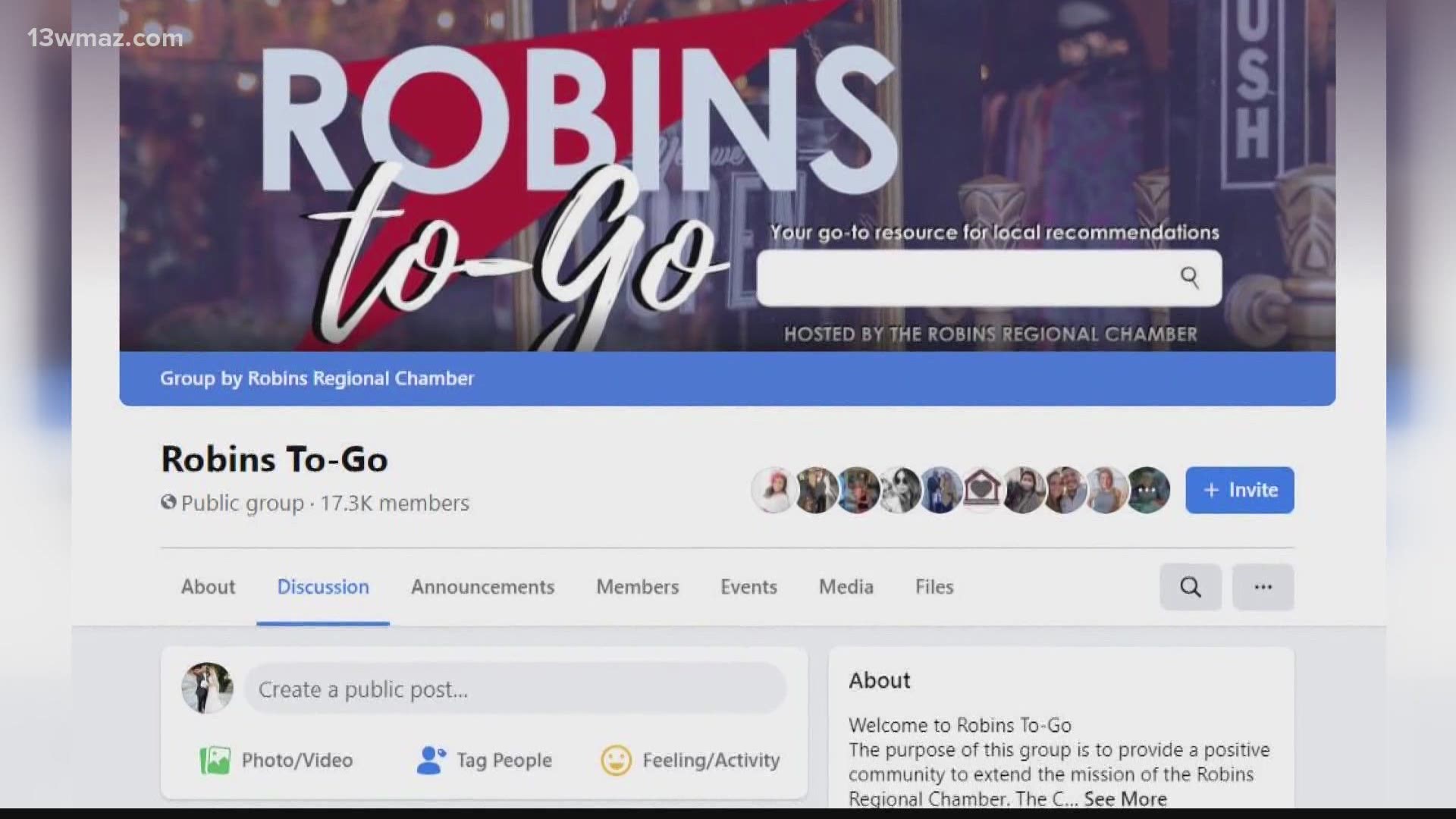 WARNER ROBINS, Ga. — Things are looking up for businesses across the country after roughly a year of struggling though the pandemic.

As the unemployment rate dropped across the country, experts say it's a sign that vaccines, stimulus checks and businesses reopening are all making a difference.

Now, the Robins Regional Chamber is doing what they can to connect employers and people looking for work.

The chamber started the Robins-To-Go Facebook page a year ago to help businesses and customers connect and navigate the pandemic.

“Fast forward to today, we're getting 30 to 40 posts every single week in Robins-To-Go with 'help wanted' notifications," says April Bragg, the chamber's CEO. "These 'help wanted' posts were just getting lost."

So, they're launching a new group called Robins Works.

“We started 'Robins Works' about nine months ago in an effort to help employers with new challenges they were having, whether that was managing and motivating a remote workforce or COVID risk mitigation,” she says. “We really haven’t done much with it in the last three or four months.”

“It's specifically for employers and job seekers to connect,” she says. "Our job is to create a platform where the people are on Facebook."

She says it's geared toward local spots in Warner Robins, because some places are still short staffed.

“That’s the new pandemic,” she says. “Robins Works is targeted to those smaller businesses who maybe have one, two, three, five, ten positions to fill in their local small business, but it's not exclusive to that.”

To join the Facebook group, you'll have to answer a few screening questions.

Bragg says even though the group doesn't officially launch until April 5, they already have around 80 employers in the group with 70 more waiting to get in.

The latest data from the Georgia Department of Labor shows Warner Robins ended February with over 85,000 employed residents. That number increased by almost 1,500 between January and February.

The city's unemployment rate currently sits around 3.9 percent. A year ago, they were sitting at 3.3 percent.

Michael Chalmers, from Spherion Staffing and Recruiting in Central Georgia, says there are jobs out there, but some businesses are having a hard time finding employees.

"Optimistically things look very good," he says. "There's maybe a couple percent of people who aren't able to work or are not looking for work or whatever. It's a low unemployment rate. It makes it very hard to recruit."

Chalmers says networking is everything these days.

He also says while we're just getting to the other side of the pandemic, things are still a little rocky and people might be afraid to jump into a new industry.

"I've seen some cases where people are a little more nervous about that right now, because you don't know what's going on in the company you're moving too. You don't know what their potential financial situation is."

He says he doesn't see one particular industry hiring more than most because everyone was affected by the pandemic.

"There's a high need of workers all over. Everything from manufacturing logistics," he says. "Those other industries in hospitality that were impacted, they're seeing a huge need."

Nationally, the unemployment rate has dropped down to 6 percent.

The March increase in jobs was the most since August of last year. It nearly doubled February's gain of 468,000, according to the Labor Department.

Bragg says she has high hopes for Warner Robins coming out of the COVID-19 pandemic.

"Our hopes for the future are that our businesses continue to lean in like they have been doing over this past year, to invest in their business and to invest in practices that are not only going to recruit, but retain the quality workforce that they've always had."