The program uses boxing skills to retrain the neural pathways in people with Parkinson's Disease. 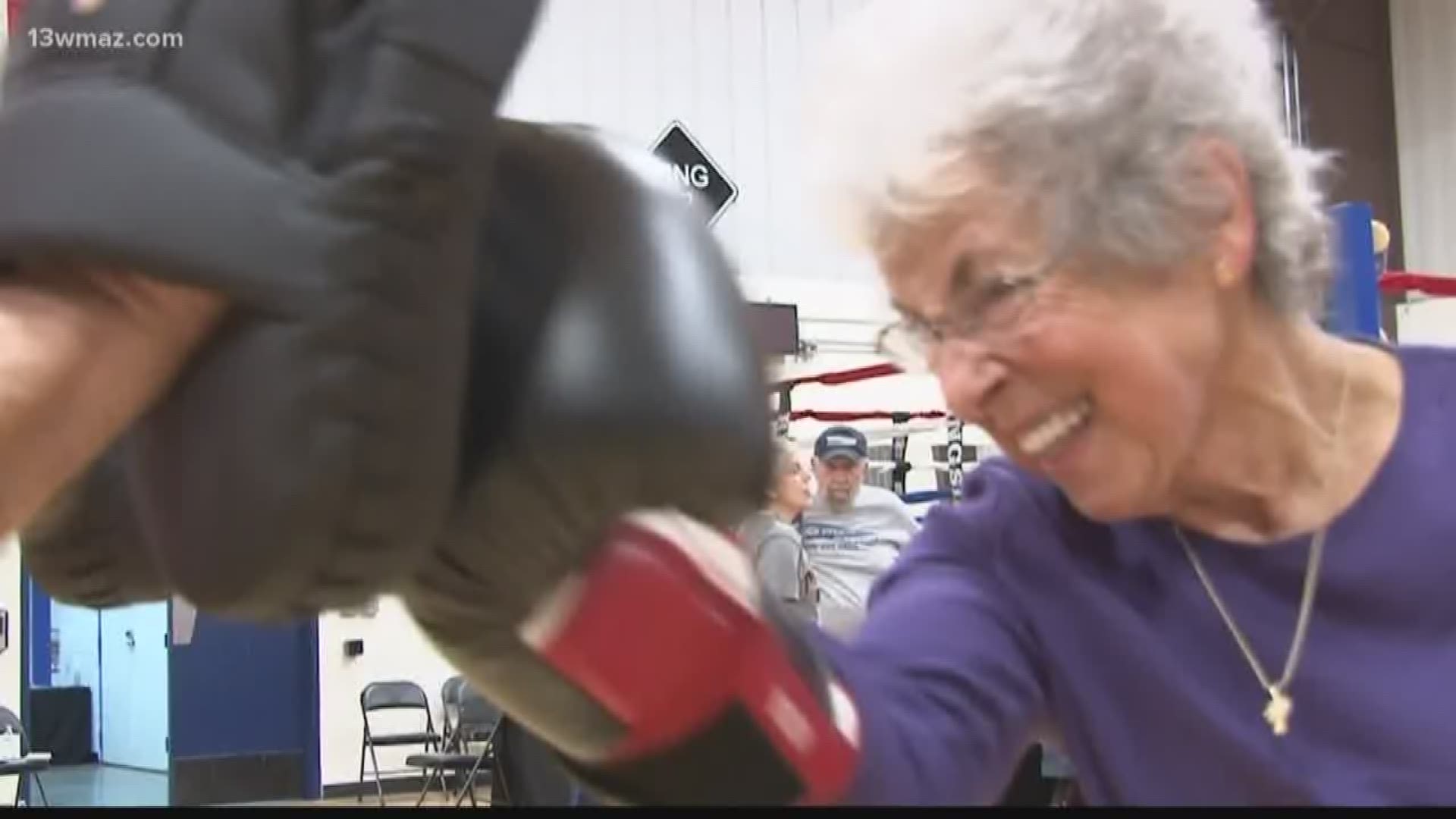 Macon — A new boxing program in Macon is helping people with Parkinson's disease throw an uppercut at their symptoms.

On Thursday, seniors and others with Parkinson's Disease jabbed and punched their way through the first session of Rock Steady Boxing, a program designed to help slow the onset of symptoms of Parkinson's disease.

Hiltraud Culpepper is 77 years old and was diagnosed with Parkinson's in 2003. She said she couldn't wait to join the club.

"I’ve been looking forward to joining the group, and it took awhile to get here, but it’s here now," Culpepper said.

She's been exercising for more than 30 years, but like many saddled with Parkinson's Disease, the illness began hampering her movement.

She and others utilized boxing moves to help stimulate their muscles and retrain their brains using a method called "forced intense exercise," according to occupational therapist Jennifer Peth. She helps direct the program.

"[It] helps the body retrain itself in motor planning. It makes you go beyond what you think you can do, in layman’s terms," Peth said.

The program forces the body to move, but also acts as a motivator and emotional reparation.

"Boxing is also very motivational, so it gets someone past the idea of, ‘I’m just doing therapy,' but they can get and use their emotions that, oftentimes with Parkinson’s, are difficult for them to express," Peth said.

Gil Thelen helped to bring Rock Steady Boxing to Macon along with Macon-Bibb Parks and Recreation and Navicent Health. He started in Florida, where he drove 94 miles roundtrip three times a week to help his symptoms. He said he's seen fantastic results.

"I got more energy, I got more focus. My attention span sharpened," Thelen said. "I was enjoying life and I was feeling like myself, feeling like the old Gil. It was like getting back to your old self."

He said the disease affects everyone differently. In his case, he lost his ability to balance and became depressed, but the boxing helped and gave him normalcy.

"You can treat this thing very importantly through exercise. You can reverse these symptoms, you can strengthen yourself. You can live better with Parkinson’s."

Rock Steady meets Monday through Wednesday morning and evenings in the Macon-Bibb United Boxing Club on Roff Avenue. To participate in the program, you must be diagnosed with Parkinson's disease and have permission from your physician.