75 years ago, World War II was ending and Warner Robins was just getting started as a town. Sacred Heart Catholic Church was opening its doors for the first time. 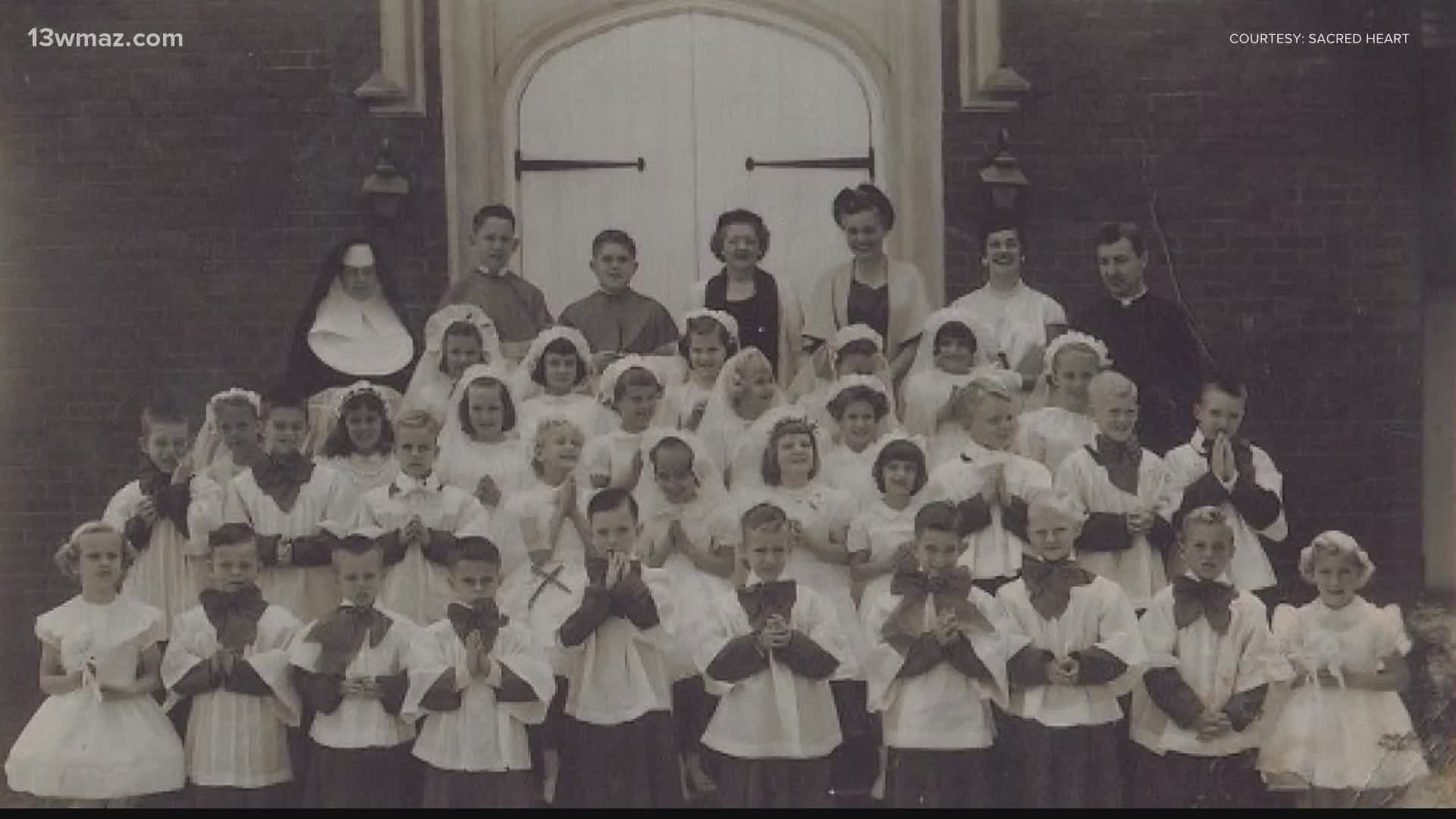 WARNER ROBINS, Ga. — 75 years ago, World War II was ending, Warner Robins was just getting started as a town and Sacred Heart Catholic Church was opening its doors for the first time.

This Sunday, the only Catholic church in Warner Robins will celebrate this milestone.

They've come a long way since 1945, when they were holding mass in an old USO Hall with an altar made from stacked Coca-Cola crates.

Their first church held 200 people and as Warner Robins continued to grow, people of all religions were asking to borrow their sanctuary until they had their own facilities.

As time went on, they needed to expand, so they built the second church right next door in 1962, seven years after they opened the Sacred Heart School in 1955.

Then in 2005, they outgrew that space, so they built the current church you see today.

The current altar sits on top of the site of Henrietta McIntyre's home, one of their founding members.

"This was kind of the anchor at one time," says Donna Keifer.

Sacred Heart has been a big part of her family.

She met her husband there, got married there in 1983, her kids were baptized there and they went to Sacred Heart School.

"This happened to be the only Catholic church in Warner Robins. It wasn't hard to find," he says.

Shetler says he is proud to be a part of a church with such a rich history.

"What a great heritage to come into, a parish that started back in the '40s and has grown."

Sandra Molina says the congregation's diversity has always been a point of pride and Sacred Heart has been a safe haven for the Hispanic community, including immigrants.

"Sacred Heart has been an integral part of the Spanish-speaking community here," she says. "They know they have a home here in Warner Robins even though they are from a different country."

Trelley Williams has been a member for close to 40 years and she says the Christian Service Center has had a huge impact on the community with the food they give out, their clothing closet and financial aid.

"This church has made life easier for so many citizens," says Williams, and Earlene Garrison, a member since 1975, agrees.

"I just think it’s been so important to have this in Warner Robins because of the help that we have for the community."

For 23-year-old Sierra Campbell, this is the only church she's ever known.

"It's really been the foundation of my faith, it's where everything started."

She says her love for Sacred Heart kept her there as the youth minister.

The church that began with 200 members, now has over 4,000 and Pastor Stephen Pontzer says he can't wait to see what lies ahead.

"We're looking at probably one day expanding the school and we're working on the grounds right now to facilitate an athletic program for the school and a place where we can really expand our youth programs," says Pontzer, but for whatever the future holds, these members say they credit the church for helping Warner Robins grow into the city it is today.

"It's just been a beacon for Warner Robins to have this church here," says Garrison.