'Sad that would happen in our town': Warner Robins sees rise in catalytic converter thefts

In the past two months, nearly as many catalytic converters have been stolen as in all of 2020, police say. 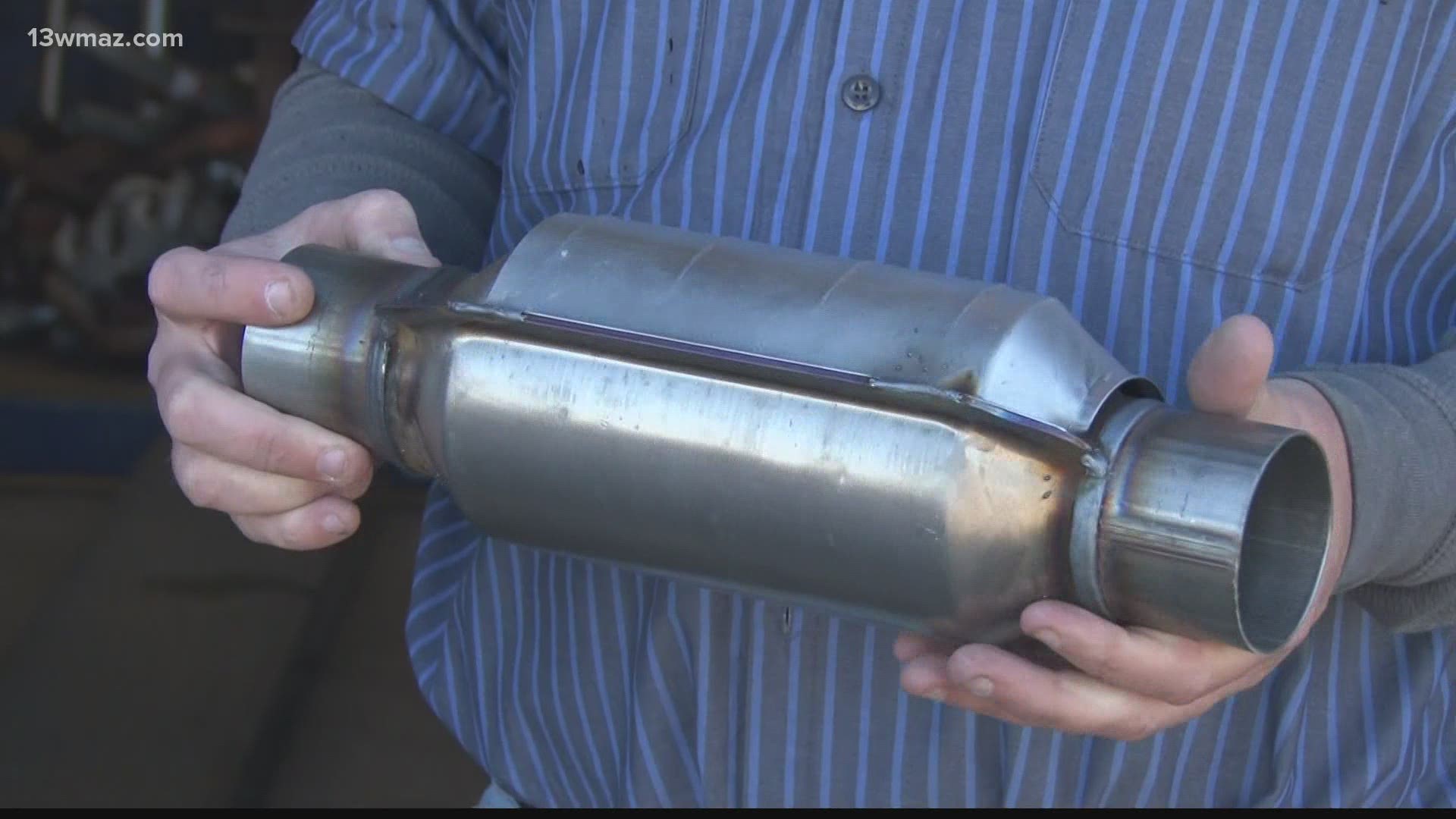 A catalytic converter is a part of your vehicles emission system, and it's been an ongoing problem with people stealing them.

Business owner Linda Lombardi has had two stolen off of her trucks outside her furniture store. The most recent theft happened just a few weeks ago.

Lombardi is the manager of Phillip's Furniture on Watson Boulevard, and she says one of her delivery trucks is still in the repair shop after having its converter stolen.

"It looks like it's probably going to be the middle of March before they even get the parts, so we're without our truck for over a month, month and a half, that's a big inconvenience," she said.

All vehicles have a converter, except for fully electric cars. Now, what exactly does it do?

"That burns and eliminates anything that hasn't been used in the motor, excess oil, antifreeze, rich extra fuel, that way everything coming out of the tailpipe is as clean as it can possibly be when it exits," said Total Exhast & Automotive Repair owner Jason Siniard.

He says converters are a target because they contain three expensive metals in them, and their value is on the rise.

Those metals are rhodium, platinum and palladium.

Sinniard says when a vehicle's converter is stolen, it can cost thousands to get a new one installed. Your car may also fail an emissions test.

Sgt. Eric Gossman with Warner Robins Police says in the past two months, nearly as many have been stolen as in all of 2020.

"Last year, we had approximately 26 incidents of catalytic converters being stolen... so far this year we've had 20," he said.

Lombardi says she hopes that the theft stops.

"It's unfortunate and sad that that would happen in our town," she said.

Sgt. Gossman suggests parking under lights or in an area with many people around to prevent yours being stolen.

If you have your converter stolen, you should call Warner Robins Police.