Crews fixed the gaping holes along the stretch of road between Davisboro and Sandersville in half the time that was expected to complete the project. 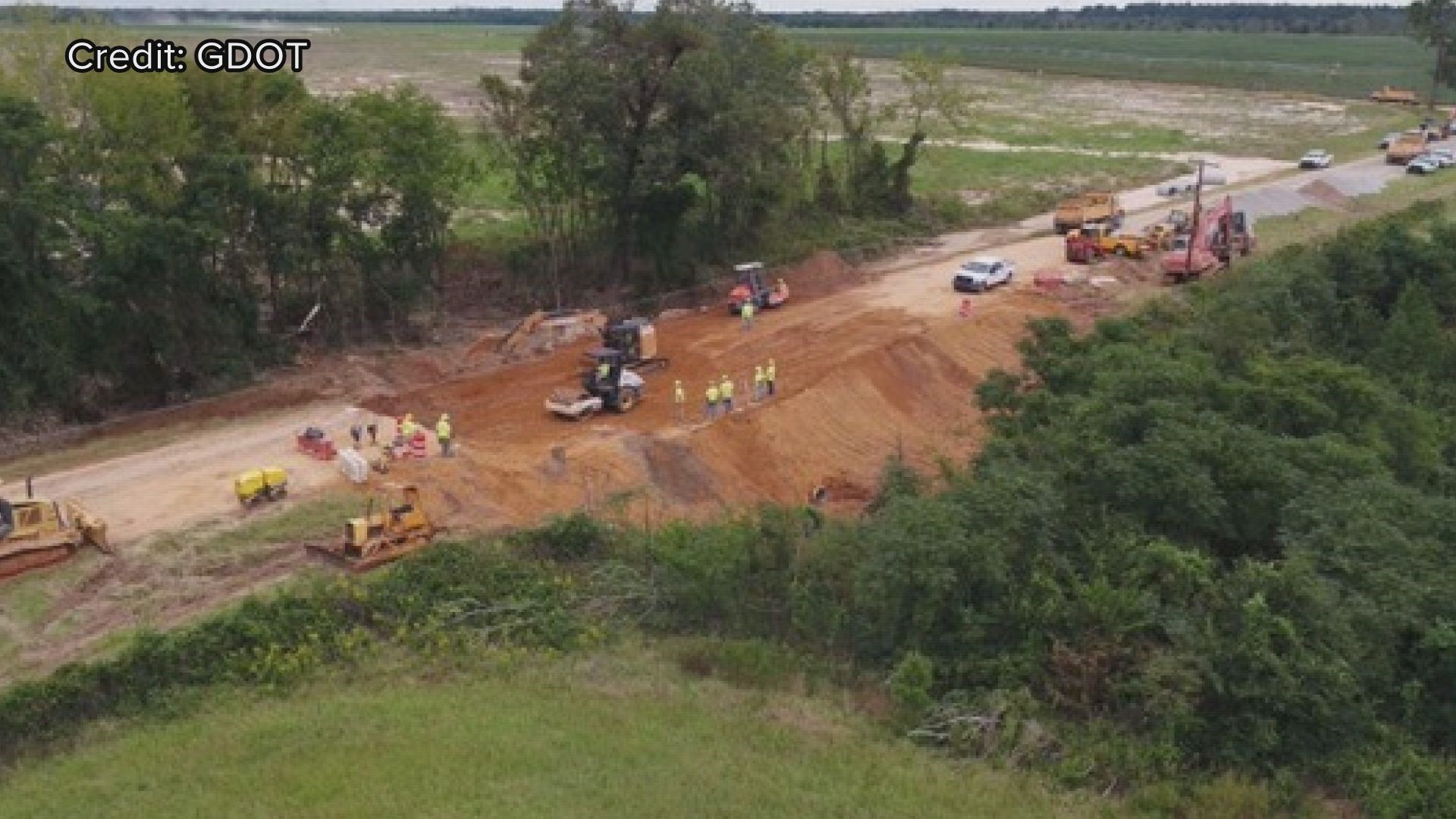 WASHINGTON COUNTY, Ga. — After remnants of Hurricane Sally caused Highway 24 in Washington County to wash out, crews in the area had to work around the clock to make repairs.

Hugh Turnley has worked for the Georgia Department of Transportation for 31 years. It'd been a long time since he'd seen storm damage as bad as Sally's.

"This is a job that should have took two months, but yall finished it in two weeks, and so we kind of like that. We get a pat on the back every once in awhile so we're glad to hear that," he said.

He got right to work when Sally left a gaping hole on Highway 24 in Washington County.

"We had a lot of flooding that went on down here at the bottom, and what it did was it took out the pipe that goes across the road under here and also began to erode all of the shoulders and then it began to deteriorate and come up all the way to the road and then that's why we lost the road," Turnley said.

Washington County Sheriff Joel Cochran praised the crews fast work because this stretch is a main thoroughfare for people traveling between Davisboro and Sandersville.

"Shortly after they started moving crews in pretty rapidly and I can say that they've been working on this everyday since, putting in a lot of hours to get this roadway back open and it's been remarkable watching them through this process," Cochran said.

GDOT's spokesperson Kyle Collins says they made sure to improve the road system to keep damage of this magnitude from happening again.

"Typically those pipes that we talked about in the beginning are made to handle 50-100 year storm event. We had a 500 year storm event, that being said, the new concrete pipes up under the roadway are basically double the size of the old ones that were there so that's more storage. It can handle more water flow in the future," Collins said.

"We realized this made a lot of people have hindrance, so we wanted to try to take this hindrance off of them as soon as possible and that's why we extended our working hours and even worked on weekends to get us this far," Turnley said.

Collins says they had about 80-90 people working 12 hour shifts, Monday through Friday and some on the weekends to finish this project.

GDOT expects to open the road by the end of the work day on Wednesday.