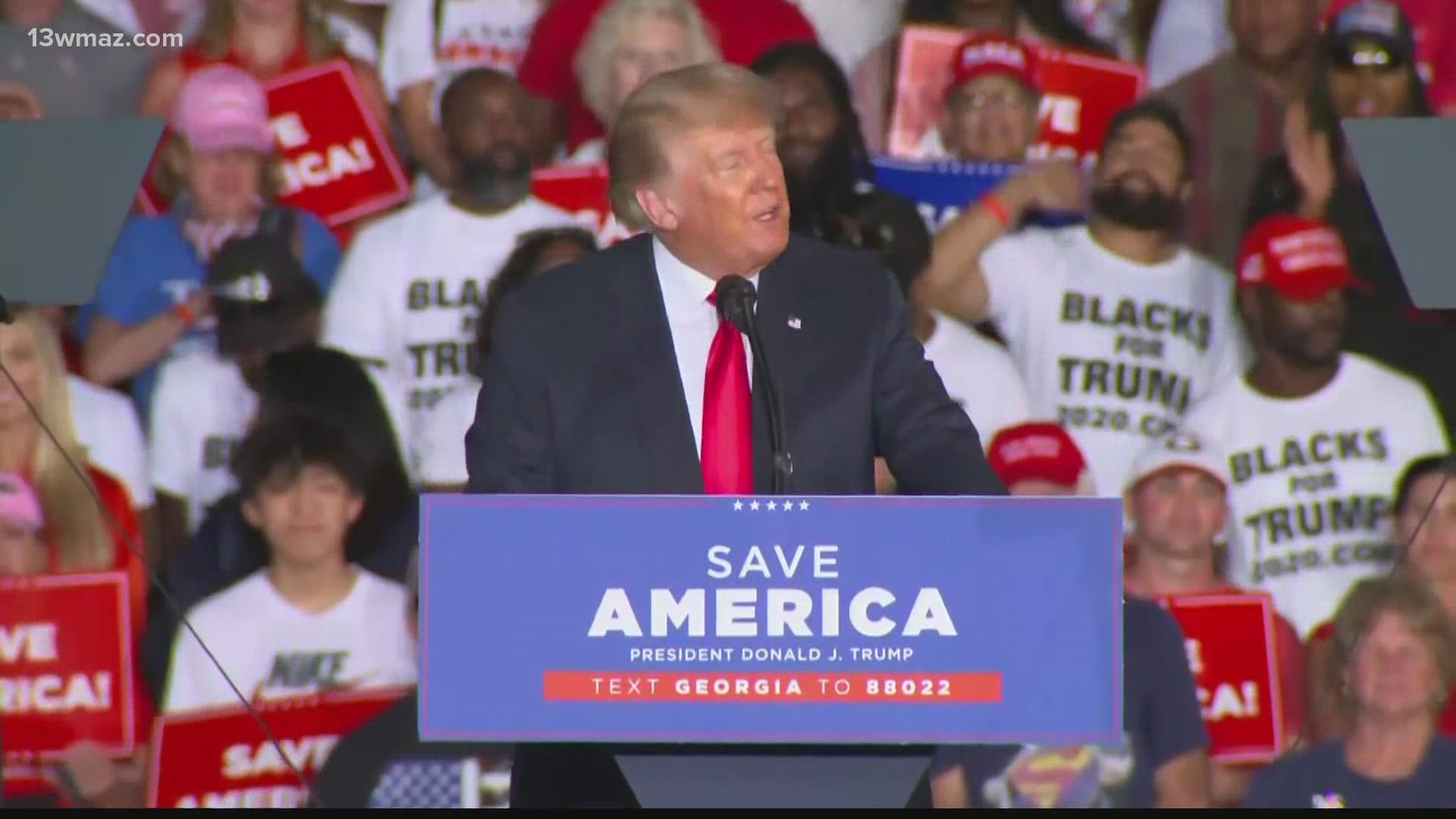 MACON, Ga. — It was four hours of former President Donald Trump allies, a slate of Trump endorsed candidates, and the former president himself talking to a crowd of thousands at the Georgia National Fairgrounds.

Without a doubt, the 2020 presidential election was still top of mind at the Save America rally. Trump and his political allies continued to focus on his election loss after President Joe Biden won the state by roughly 11,000 votes.

With talk of election integrity, pro-Trump Republicans called out the state leaders who did not support his attempt to overturn the Georgia election results.

Trump took a jab at Georgia’s top Republicans, including Gov. Brian Kemp, who he endorsed in his 2018 run for Governor.

"I'm ashamed that I endorsed him," Trump said.

"Having her might be better than having your existing governor," he said.

"Raffensperger, something really strange with him. Your terrible Lt. Governor who is no longer running because he knew he wasn't doing the job he was going to lose. And your RINO governor, Brian Kemp, who has been a complete disaster on election integrity," Trump said, claiming some top GOP officials in the state are Republican Only in Name (RINO).

While the main focus of the night was past elections, Republicans also looked toward 2022.

Trump and other politicians also highlighted President Joe Biden's handling of Afghanistan, many calling the American withdrawal an "embarrassment.".

"Eight months later, we have not had one single decision from the current occupant of the White House that has been in the best interest of the United States. Every decision has been harmful and destructive. That is why we are in the fight of our life," Hice said.

13 chairs were left empty at the "Save America" Rally to remember the 13 servicemembers killed in the Kabul Airport attack last month.

"Our hearts go out to the families of every service member that we have lost," Trump said.

"It’s definitely probably one of the greatest things I’ve done in my entire life," Clark said. 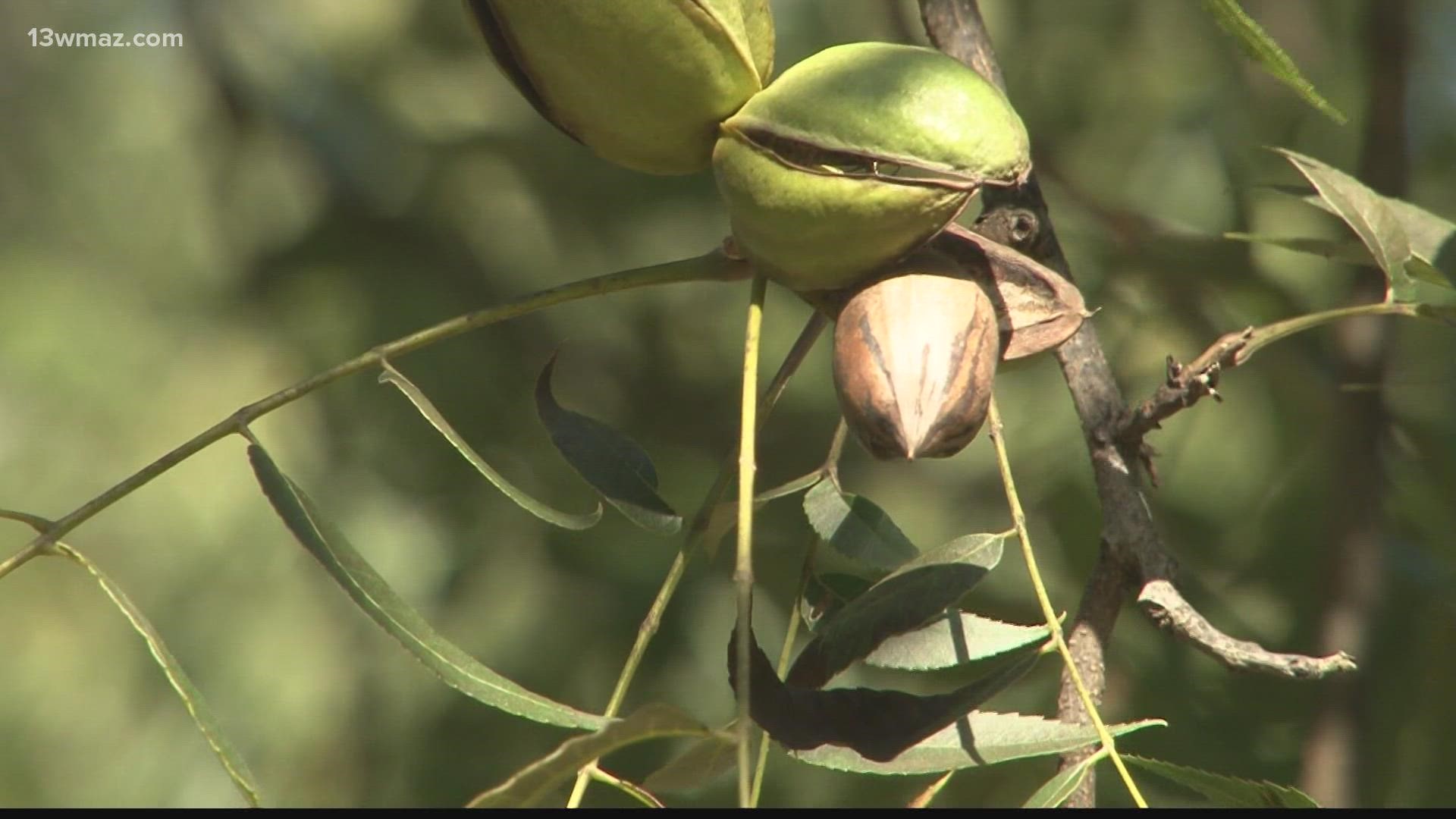