School of the Week: Hilltop Elementary

Hilltop Elementary in Bonaire goes above and beyond to make their military students feel welcomed, earning them state recognition as a Military Flagship School 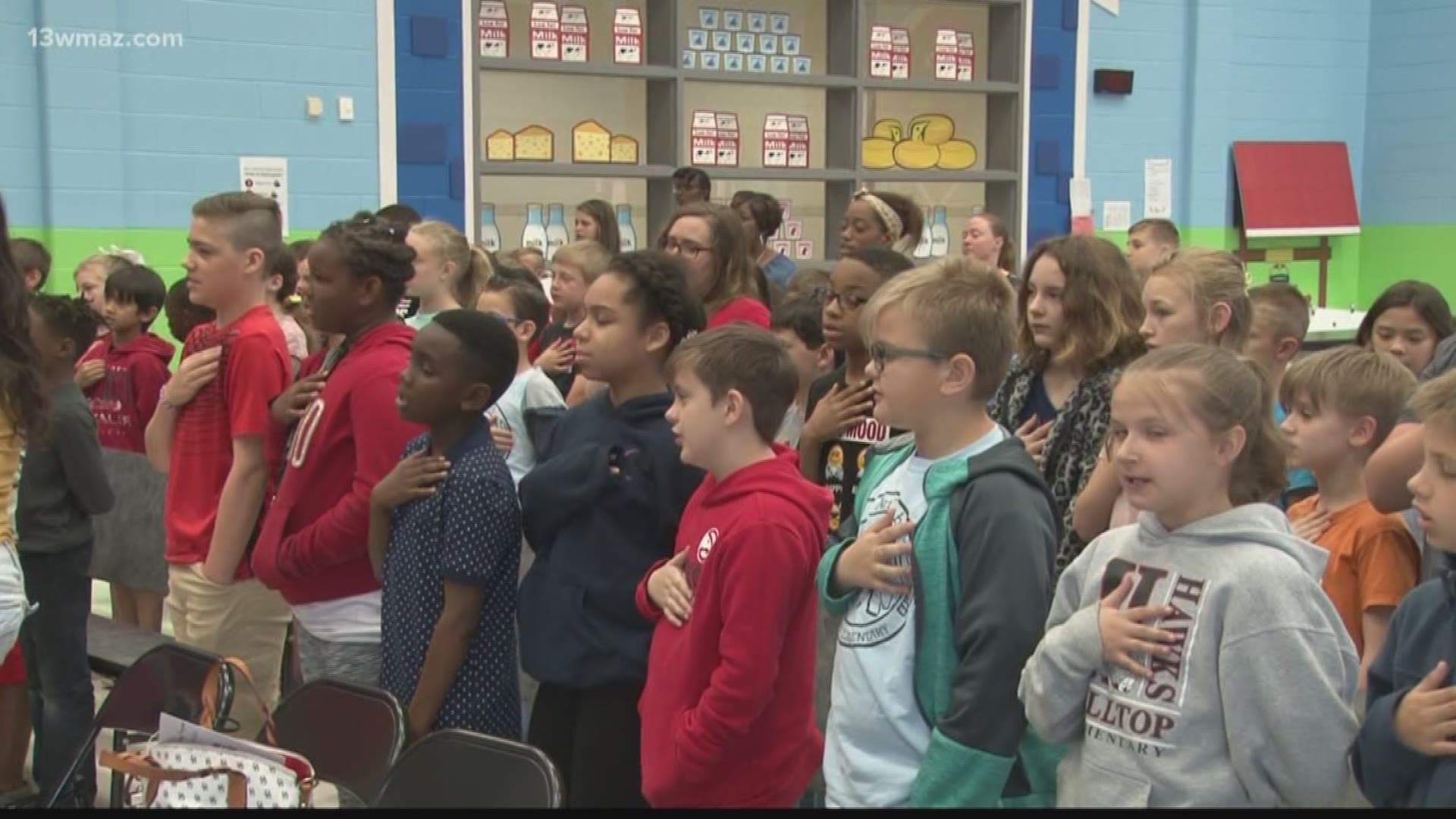 HOUSTON COUNTY, Ga. — With Houston County's large military population, Hilltop Elementary goes above and beyond to make sure military students feel welcomed. Their recent achievement makes them our School of the Week.

"Over the five years I've been here, I've made a lot of new friends and in a few years I'll have to go to Korea for two years and come back," 4th grader Dahlia Williams said.

Williams and her classmate Darci Larsen are both 9-years-old, in the fourth grade and already, they've made major sacrifices being in a military family.

"My dad, he got in the military when we were living with my grandma and I didn't really want to leave," Larsen said.

Both say moving around is the hardest part of growing up. First grade teacher Sabrina Jones understands after serving in the Air Force for over 21 years and raising two kids.

"Most moves are anywhere between two and four years. For the kids, it's a little bit difficult especially if they have friends that they love and adore in a place where they live and they love living there," Jones said.

About 30 percent of Hilltop Elementary's students are from military families. State Superintendent Richard Woods recognized them as a Military Flagship school for their support of military students.

"Dr. Glover and the leadership here have really taken the time to say hey, we're going to do what's best for our kids, and just making that little bit of extra attention goes a long way in supporting our military kids."

Principal Ovedia Glover says they applied for the award and won based off of their relationships with parents, military activities and programs, and mentors and counselors who specialize in helping military students.

"We do pay special close attention to our military students because they're so mobile. So sometimes their needs may be a little bit different," Glover said.

Principal Glover hopes this honor will bring even more military families to Hilltop Elementary. This is the first year Woods has given the Military Flagship Award.