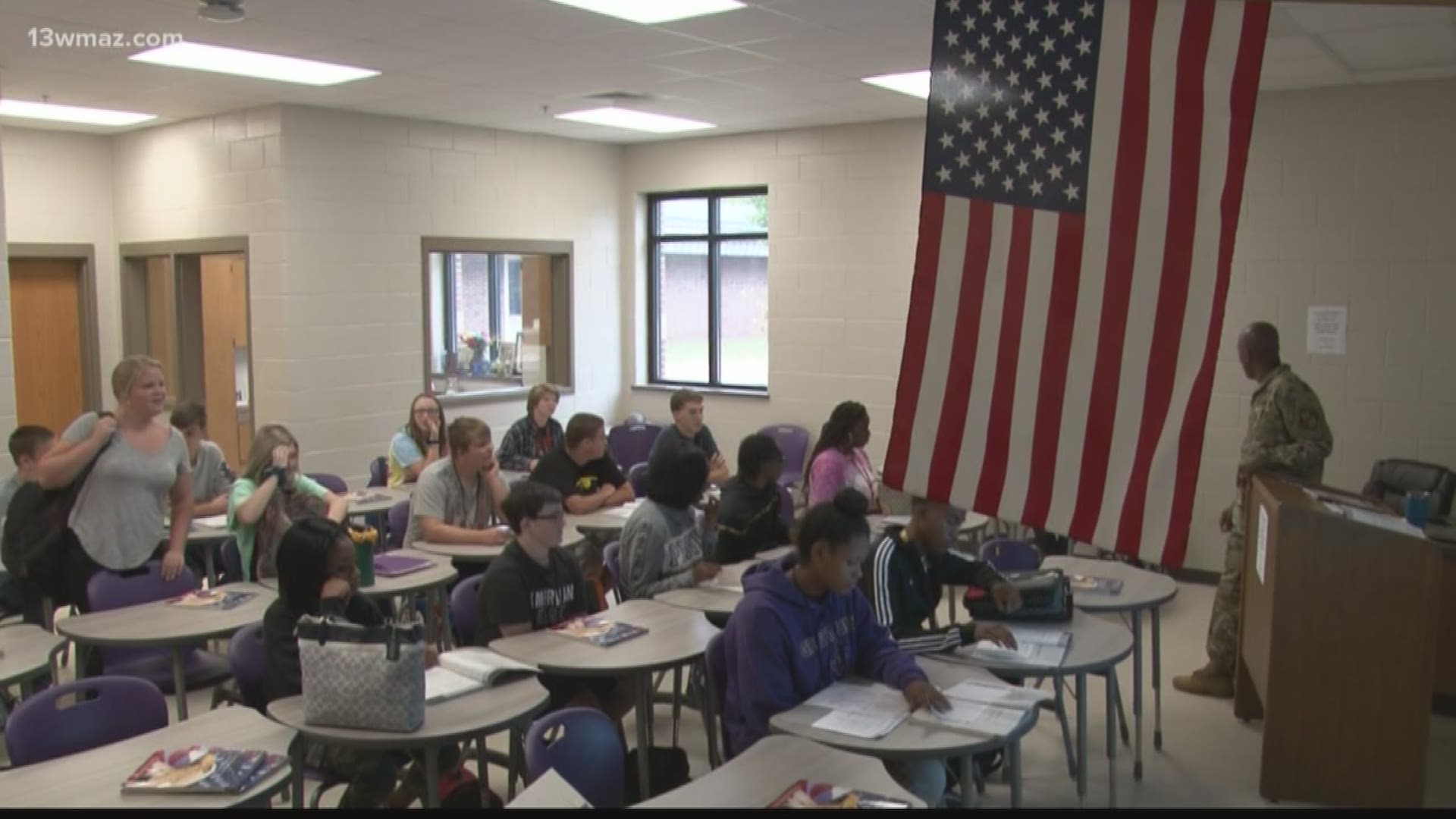 JONES COUNTY, Ga. — Jones County High school started its JROTC program for the first time this year. Some students say they wouldn't be on the right path without it.

"When I first started school, I thought my grades were going to be low, because I don't pay attention a lot in school," said Private Destiny Watson.

She had to overcome some challenges as a high school freshman. Sophomore Alana Lawhorn says she can relate; that's why they both joined JROTC.

"My discipline used to be very bad, but once I got in here, I started focusing more in school and I started being well-behaved and people saw a difference in me. They were like, 'you're doing really good this year, keep doing what you're doing,'" Lawhorn said.

Keeping her grades up was a huge factor for Watson.

"It helped me look, like, you need the grades to be what you want in life, so it helped me push for my grades and my behavior," Watson said.

Even though it's the school's first JROTC class, over 140 students signed up.

"That's about twice of what it would be, normally we'd have 75 to 80 students in the first year," England said.

Every week, the students learn life skills and discipline through classroom lectures, physical training, and uniform inspections. England says it helps at-risk students get on the right track.

"We're going to hold them accountable just like adults. Too often in our society, people tend to look at our youth and tend to coddle them. In here, we don't coddle them at all. We're going to push them as hard as we can push them," England said.

After only eight weeks into the program, he believes he's already made a difference.

"They believed in me, and I didn't have that at all, and they started believing in me, and it just did better and better," Lawhorn said.

"I also want to be able to just prove to my mom that I did make something, and I'm working hard for it," Watson said.

England has been a JROTC instructor for 15 years. He was in South Carolina before coming to Jones County.