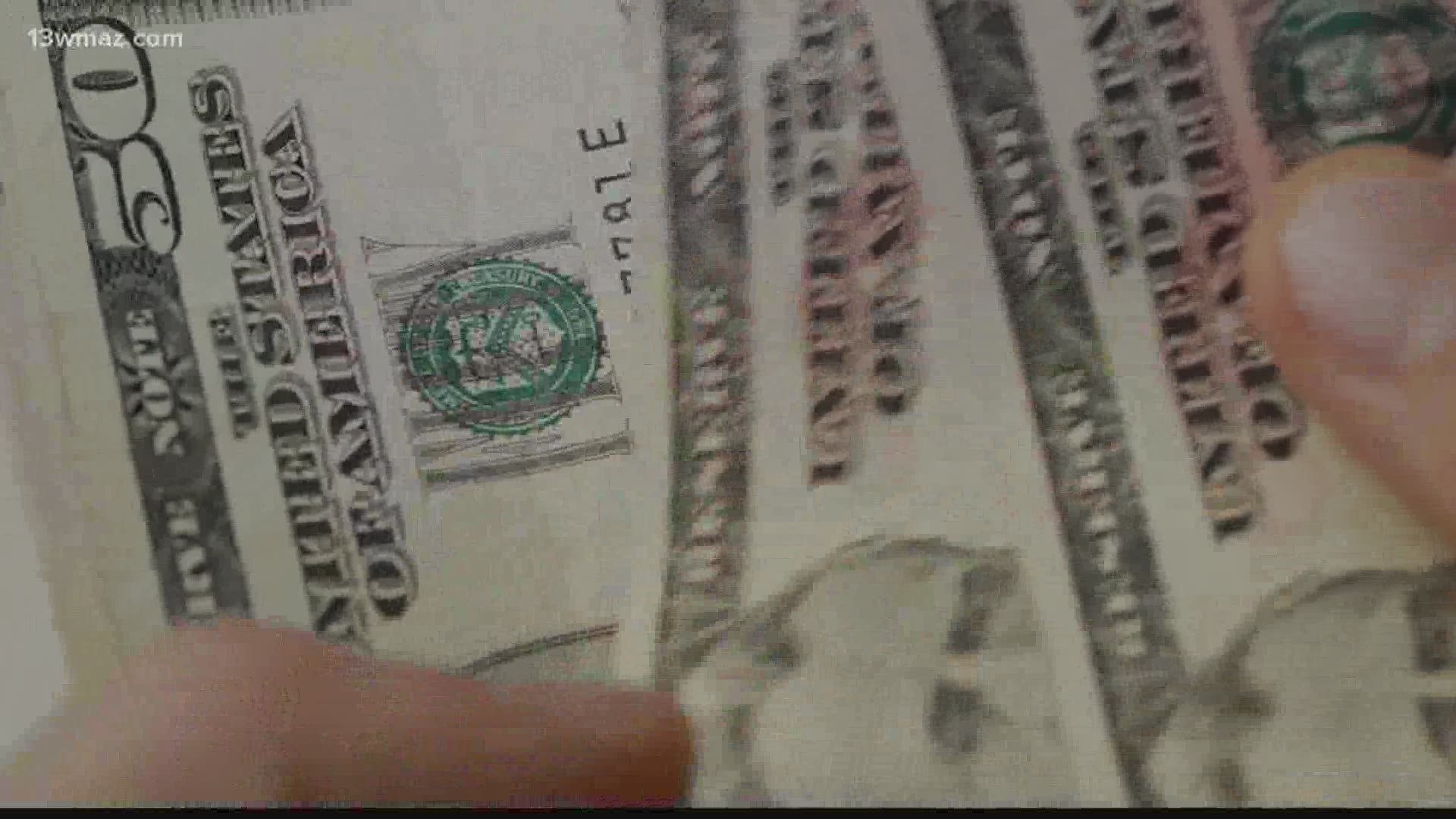 MACON, Ga. — The number of unemployment claims filed in the US remains high with 1.3 million being filed last week.

More than 136,000 of those claims were filed here in Georgia.

According to the US Department of Labor, that’s an increase of about 31,000 filed claims from the week before.

Now, these families have new concerns as federal unemployment aid ends next week.

Unless Congress acts quickly, hundreds of thousands of families of will lose the extra $600 in federal unemployment in eight days.

Georgia’s Department of Labor issued this a statement on Twitter that reads in part, “Under federal guidelines, the FPUC $600 weekly supplement is scheduled to end with the week ending July 25. If the US Congress decided to extend or change the supplement, we will update our website and social platforms immediately.”

On Capital Hill, there is bipartisan support for a second stimulus aid bill, but Congress is at odds about what should be included.

The Democratic-run House passed the Heroes Act, a $3 trillion stimulus bill two months ago in mid-May.

"In that two months, so much has happened in our country that could have been prevented had the Republicans not called for a ‘pause,’ but had agreed to take action to protect the American people from the coronavirus threat," said House Speaker Nancy Pelosi on Wednesday.

The Heroes Act is 1,800-pages long and includes some of the following:

As of now, the bill is stalling in the Republican-run Senate and it’s likely that it won’t pass.

“Let me tell you what it is not going to be. It is not going to be a $3 trillion left wing-wish list that the House passed a couple of weeks ago, which bears little to no relationship to reality,” said Senate Majority Leader Mitch McConnell.

McConnell recently mentioned that any bill that passes the senate must include liability protections for businesses, non-profits, and other groups to continue operations.

The Senate is expected to begin work on a new bill next week. That’s the same week federal unemployment aid is scheduled to end.

Our full 22-minute interview with the Georgia Department of Labor about unemployment claims and payments is below: