One woman was treated to difficulty breathing, but there were no other injuries. 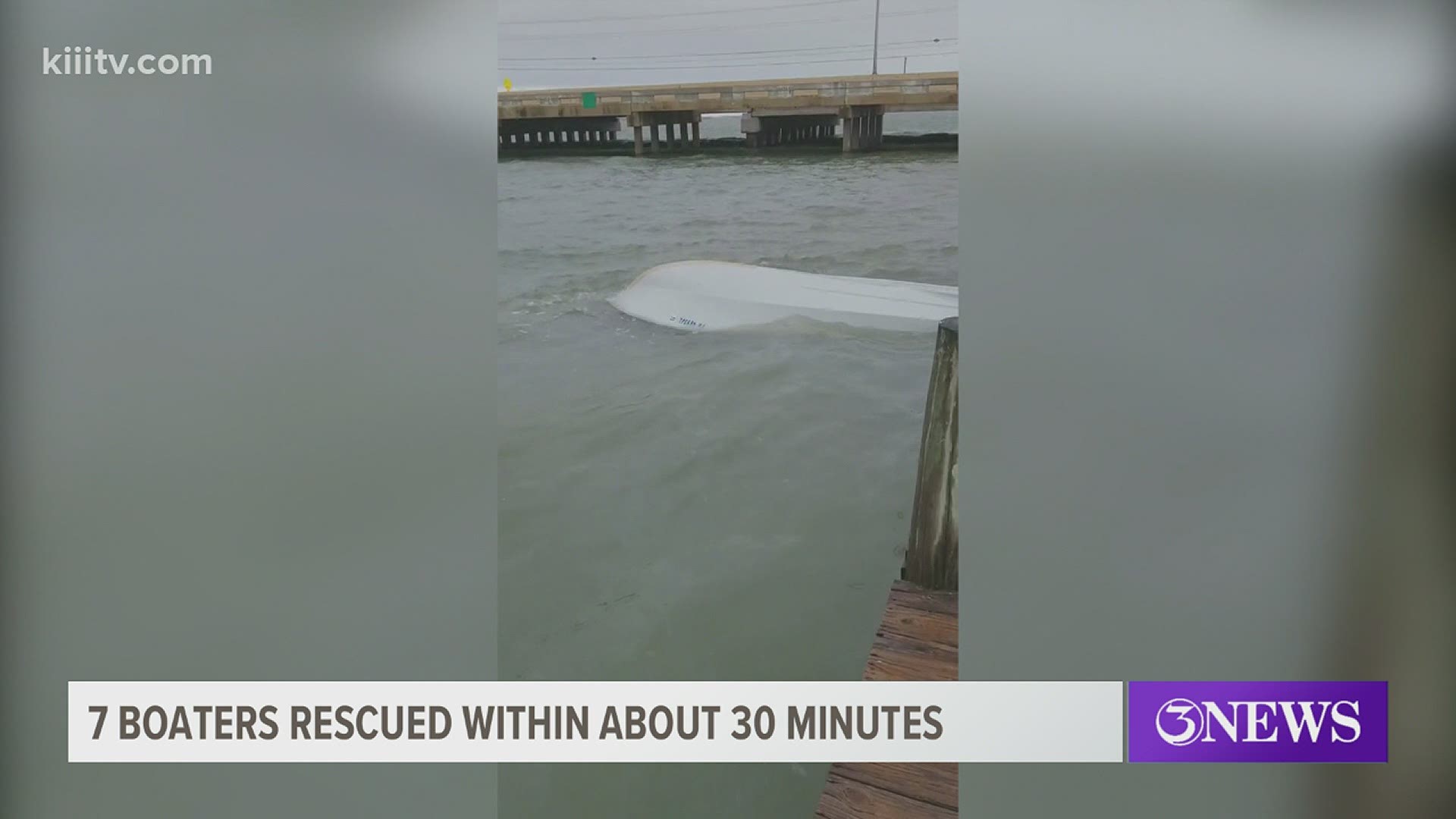 The first call came in at 9:51 a.m. for an overturned boat at Humble Channel. Two men and two women were in the water for about 5 minutes before drifting to a pier and climbing up, Scott said.

One woman was treated at the scene for difficulty breathing, but no other injuries were reported.

All occupants of the boat had life jackets on.

Exactly as ESD#2 finished with the first call, another rescue call came in at 9:56 for a boat that had drifted into the gulf and broken down, Scott said.

It took emergency crews about 18-20 minutes to get through the choppy waters and into the gulf, which had drifted about a mile. Three men were rescued from the boat and no injuries were reported.

Chief Scott says if you are planning to go out on the water, always check the weather.

"Two people I talked to today said they had no idea about the weather and you should always check the weather before heading out," Scott said.

For the latest updates on coronavirus in the Coastal Bend, click here.