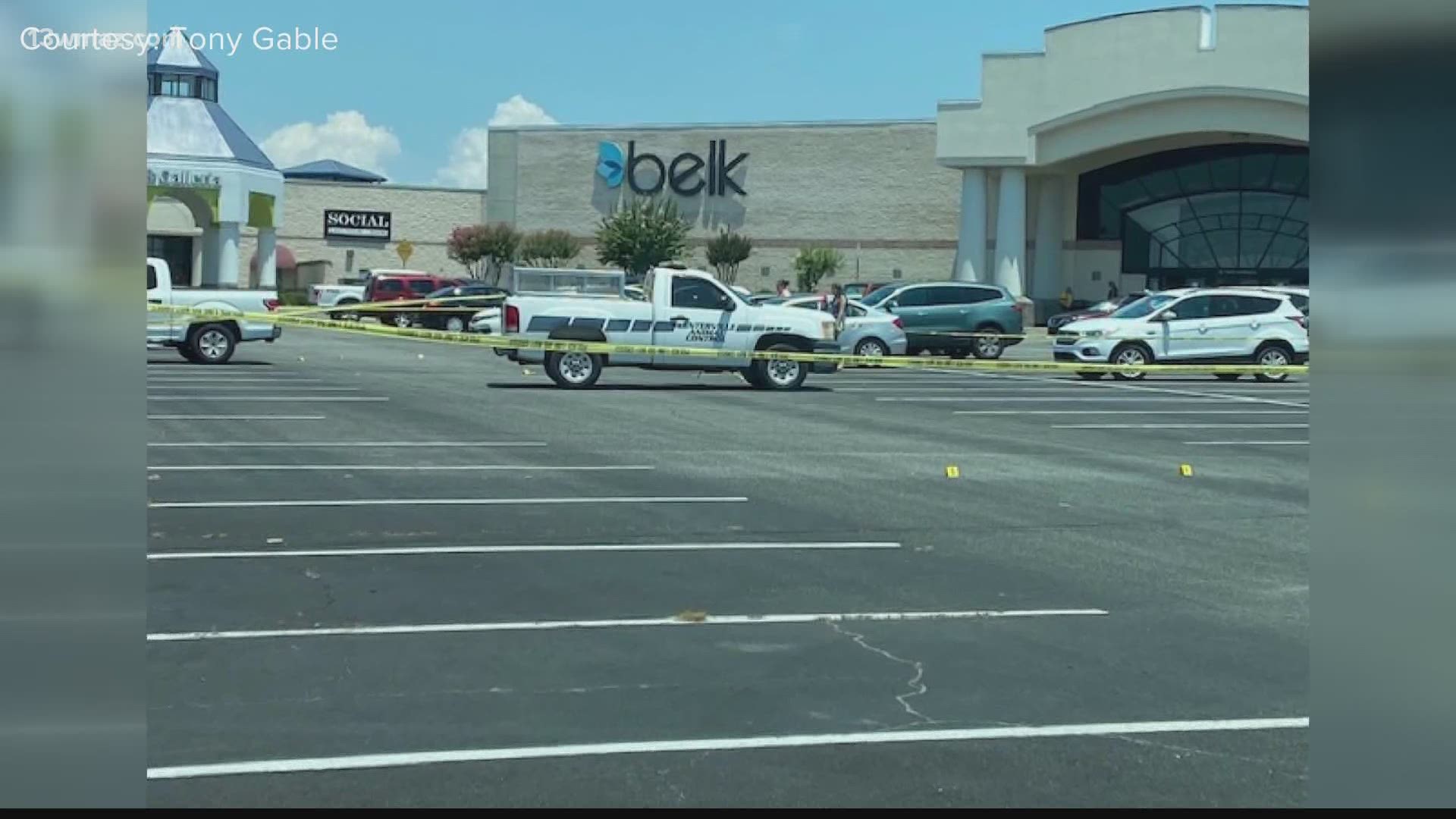 CENTERVILLE, Ga. — UPDATE: Centerville Police say they are still looking for the people involved in the Friday afternoon shooting at the Galleria mall.

They reported having seven people in custody, but now they say the people arrested at Popeye's in Warner Robins were interviewed and investigators determined that they were NOT involved in the shooting.

Hadden says they are still in custody, but on unrelated charges.

If you have any information on this investigation, you can call the Centerville Police Department at 478-953-4222.

Centerville Police are investigating after a shooting in the Houston County Galleria parking lot.

It happened Friday afternoon and no one was injured, according to Centerville Police Chief Chuck Hadden.

He says it started as a fight in the mall and then mall security broke the fight up and pushed them outside.

Once they were outside, shots were fired. No one was hit by gunfire, but Hadden says they found seven shell casings and that one car in the parking lot has a broken window and another has a flat tire.

They now have several people in custody and the investigation is ongoing.

Kemp on risk of in-person classes: Schools will have outbreaks 'just like with a stomach bug or a flu'