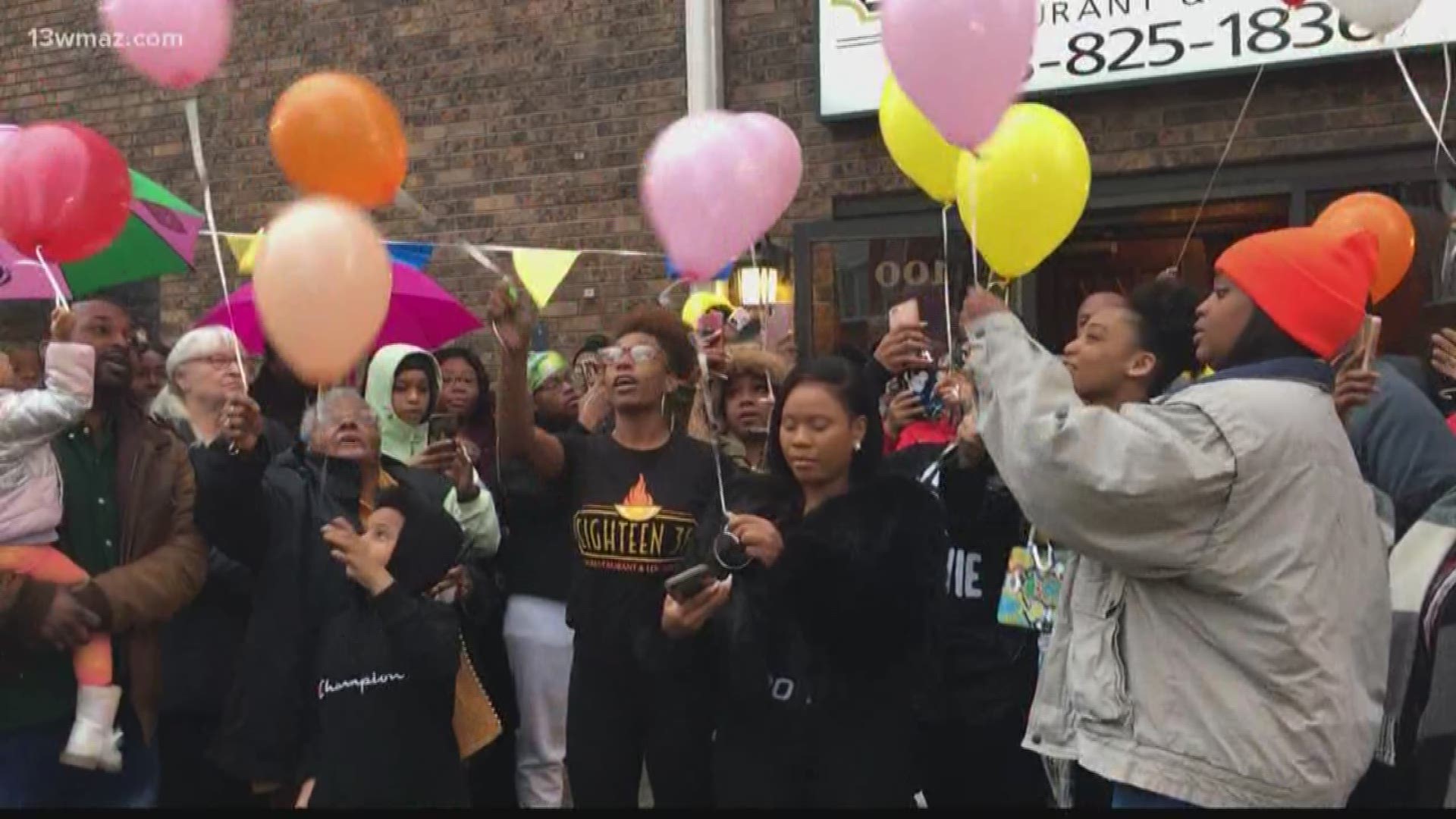 FORT VALLEY, Ga. — Members of the Fort Valley community came together to honor the life of Anitra Gunn on Thursday. Restaurant Eighteen 36 was filled with people who knew the 23-year-old student.

"She was our sister. She was our teammate," said restaurant owner Kelvin Blalock.

Blalock says Gunn was a hardworking employee and he wanted to do something to honor her. The ceremony began in prayer.

"And ask that you would comfort, strengthen, and guide us," said one Fort Valley pastor.

"I spoke with her on Wednesday and she was just excited for the semester," said Dickey.

The crowd made their way outside of the restaurant to release 23 balloons marking Gunn's age. Other Fort Valley students and friends released balloons of their own.

It's a feeling that hit hard for former daycare coworker Sandra Marshall.

"I grew to love her as one of my own children," said Marshall.

The community says they will keep her memory alive.

RELATED: Report: Anitra Gunn did not name her boyfriend in vandalism report

RELATED: 'Please continue to pray for us:' Father of FVSU student Anitra Gunn thanks everyone who searched