You put on the safety gear, head into the rage room and smash everything from plates and wine bottles to washing machines and old TVs 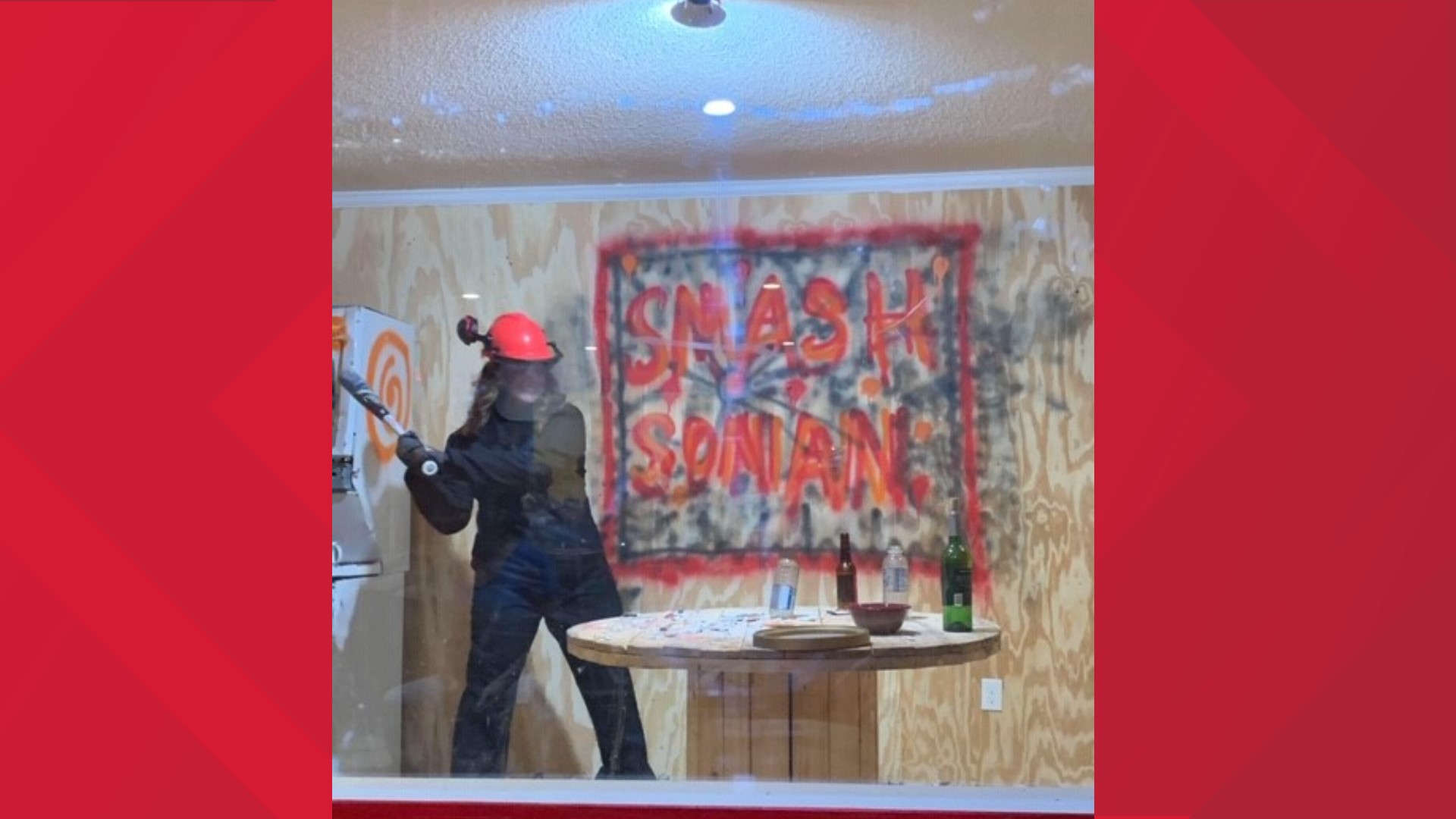 WARNER ROBINS, Ga. — Are you looking for a fun way to relieve some stress?

The owner of the new rage room in Warner Robins says a great way to do that is to break things.

Laura Cunningham says growing up in Central Georgia, she knew something was missing.

"There's never really been a whole lot to do for younger people," Cunningham said.

So, she opened the Smashsonian.

"You have your choice between golf clubs, baseball bats, crowbars, different kind of pipes," Cunningham said.

Then you put on your safety gear, walk into a room, and you break stuff.

From plates and beer bottles, to televisions and washing machines, it's all there for you to smash.

Most of the items were donated.

"This is another form of almost therapy for some people," Cunningham said.

They also have a paint room for the kids and the kids-at-heart.

You can even purchase a canvas and throw paint at it to take home as a souvenir.

They had their soft opening on Friday and Cunningham says at first, people were a little nervous.

"Some people are a little hesitant and then, after they get that first swing in, and their hearts just explode. It's incredible. You just see the joy," she said.

She says she thinks this could not have opened at a better time, now that people are out and about again.

"It's a great form of stress relief," Cunningham said. "Some people are nervous about it because they're just not 'angry people,' which you don't have to be angry. It's all in the name of fun."

Cunningham says when the weather gets cooler, they want to add an outdoor element where people can smash cars and have Nerf wars.

For now, they are open Fridays and Saturdays from 7 p.m. to midnight, but they plan to expand to Sundays as well.

Cunningham says the hours are not set in stone.

One to two people are allowed in the rage room at a time, but you can have as many as you want in the paint room for $20.

For $15, people can bring their own items and rent the room for 10 minutes. They'll clean up the mess.