CGTC partnered with many organizations to conduct a mass casualty response training, in order to prepare them for what could happen in the real world. 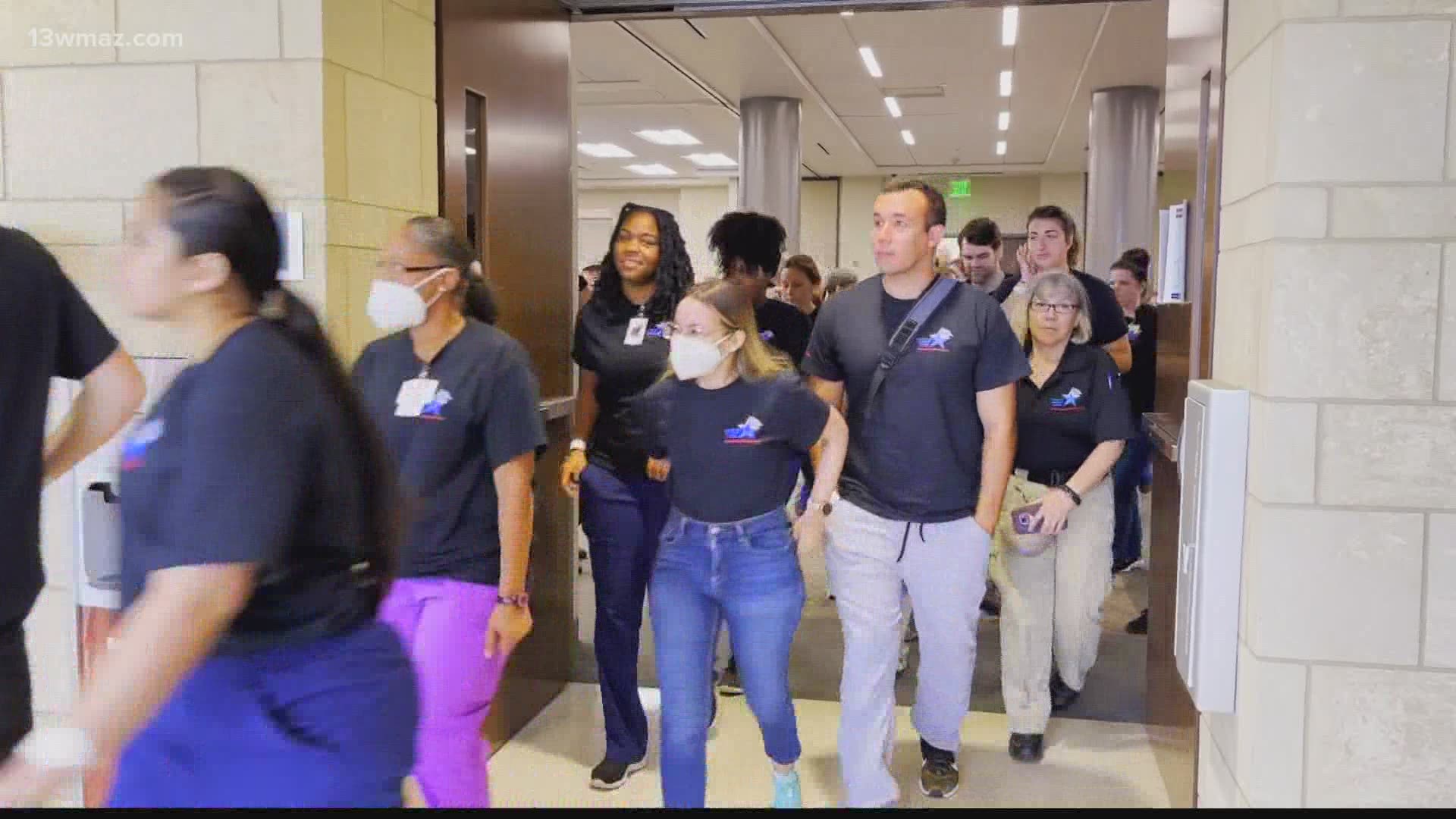 Explosions, screaming and chaos... Saturday morning at Central Georgia Technical College -- what was thought to be a disaster, was actually an exercise.

The morning was not a normal one for people over at Central Georgia Tech, nor was it a quiet one.

The college partnered with many organizations to conduct a mass casualty response training, in order to prepare them for what could happen in the real world.

The theme of the response training was Spring Fling gone wrong.

"We had a bomb go off and we were supposed to go and take care of all of the victims, secure the area," Stephen Tetteh said.

"It was an experience that we probably wouldn't have gotten in the hospital as far as mass casualties were concerned, so it was very beneficial for us to see what it would be like to operate under these circumstances," he said.

Tetteh says what made this experience real, was seeing volunteers like Savannah McConnell, act like they were injured.

"I showed up today with the intent of helping out, because I know how important it is to know how to adapt to certain situations and help patients in need," Savannah McConnell said.

The nursing students, medical students and first responders put their skills to use, and took care of the victims, as if this was a real life event.

McConnell says she was surprised with how fast medical experts were responding to the patients.

"It was just amazing to watch everyone work, and it made me really happy that we were able to help them learn how to cope with a situation like this," she said.

Alvin Harmon is the dean of health sciences at Central Georgia Technical College.

Harmon says disaster trainings like this enhance the skills that students will need in a clinical setting.

"Part of this event comes from historical unfortunate circumstances in terms of the Olympic park bombing, the bombing years ago in Atlanta... in Roswell, at the abortion clinic," Harmon said.

He says events are unpredictable, so it's best to know how to respond to them.

"This is part of their learning, something they'll never forget," said Harmon.

Harmon says he hopes disaster training becomes a part of their regular curriculum.