His high school sweetheart Shanoca French became a widow at the age of 29. 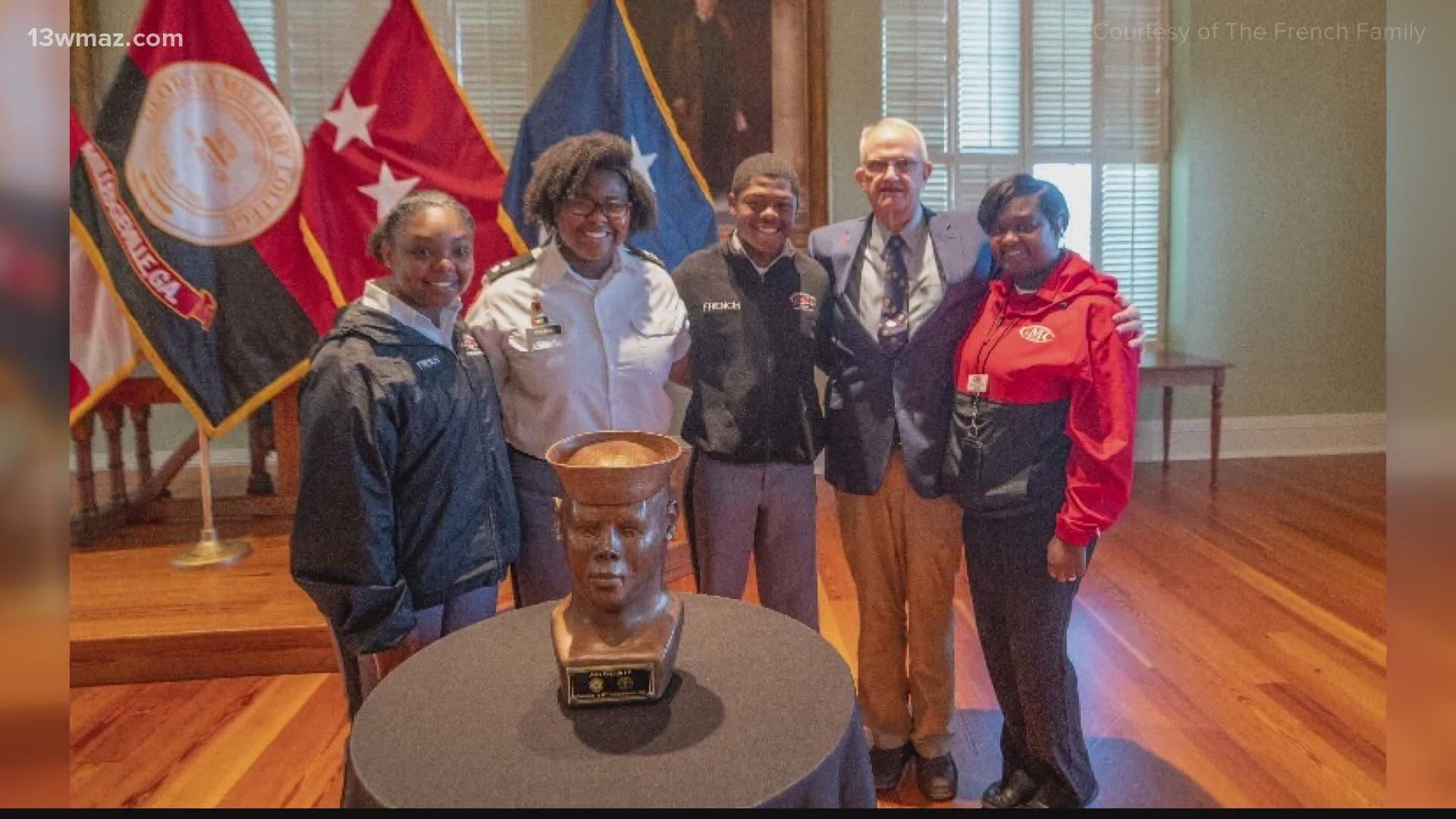 MILLEDGEVILLE, Ga. — Three siblings at Georgia Military College are carrying on their father's legacy, honoring him every day.

Staff Sergeant Alex French IV was killed while serving on his second deployment.

He was a member of the Georgia Army National Guard's 48th brigade.

We talked with the Gold Star family about how his three children are carrying on the French family legacy.

Alex and Alexis French are twins.

They also have a younger sister, Madison.

They are two seniors and a freshman at Georgia Military College Prep School.

"I mean, I guess like any other siblings, we can tolerate each other for a good amount of days, but some days, we can't tolerate one another," Alexis said.

The three have been enrolled at GMC Prep School since sixth grade.

"It was one of my father's wishes for me to come to GMC. Sometimes it can get hard, knowing he is not here," Alex said.

"It made me feel like really proud to be his daughter, because although his story is sad because he didn't make it home, people are trying to make sure we feel loved," Madison said.

His high school sweetheart Shanoca French became a widow at the age of 29. The twins were 5 at the time, and Madison was 2.

Shanoca said, "I think they knew if he could be here, he definitely would, and that he is with them. He is actually with him. He's watching them over the way and they are making him very proud."

Now, the four of them are taking their family history and keeping his name alive.

"It means a lot that we could carry on our name, our dad's name, here, and represent him in a good way," Alexis said.

GMC gave them a bust of Alex last week. Another veteran made it for them to honor their family legacy.

His grandfather inspired him to join the Navy. After joining, he became a Navy Correctional Officer. Then he joined the Bibb County Sheriff's Department, and then he went into the Army National Guard.